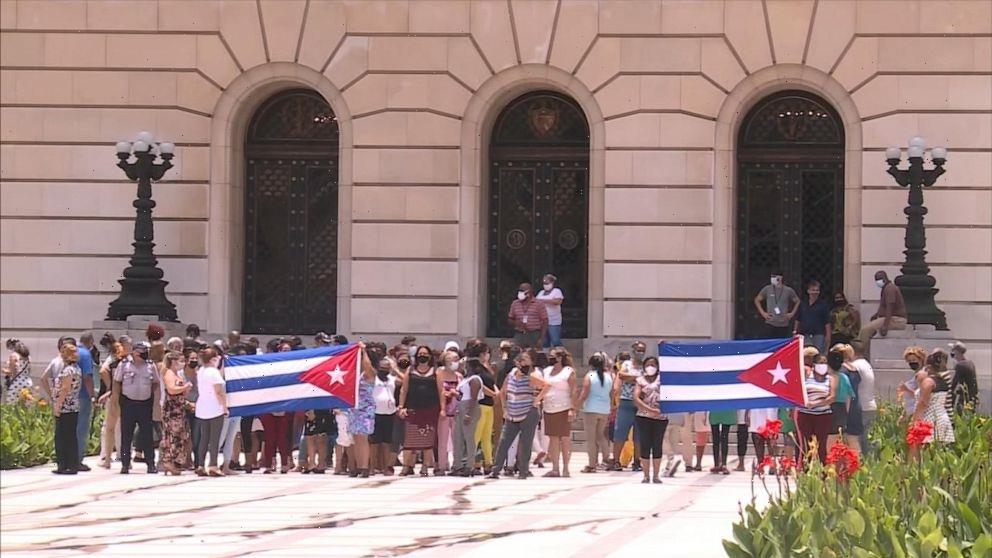 PARIS — The U.N. rights chief is urging the release of all those detained in Cuba’s protests and calling on the government to address their grievances.

In a statement Friday, U.N. High Commissioner for Human Rights Michelle Bachelet called for an investigation into the death of a protester in Havana, a 36-year-old who died Monday during clashes between demonstrators and police.

“I urge the Government to address the protesters’ grievances through dialogue, and to respect and fully protect the rights of all individuals to peaceful assembly and to freedom of opinion and expression,” said Bachelet, a former Chilean president.

She expressed concern over widespread arrests. “It is particularly worrying that these include individuals allegedly held incommunicado and people whose whereabouts are unknown. All those detained for exercising their rights must be promptly released,” she said.

She also called for an end to sanctions against Cuba, “given their negative impact on human rights, including the right to health.”

Cuba in recent days has seen its biggest protests in a quarter-century, driven by food shortages, rising prices and other grievances. Police arrested dozens of protesters, sometimes violently, and the government has accused protesters of looting and vandalizing shops.

The Cuban government initially blamed social media and the U.S. government for the protests, but Cuban President Miguel Díaz-Canel later acknowledged shortcomings in his government’s handling of shortages and of neglecting certain sectors.