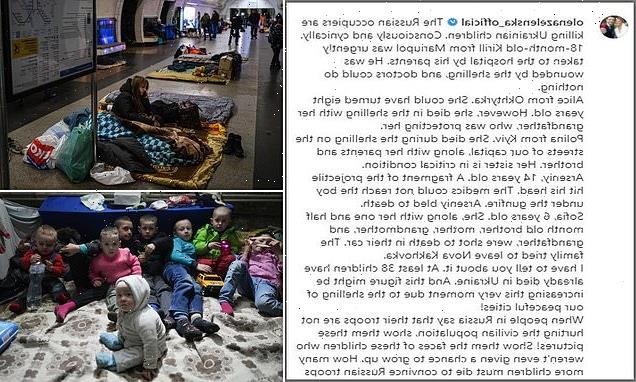 ‘Our women and children now live in bomb shelters and basements,’ she said in the statement.

She said families cannot get out of bomb shelters for days at a time due to indiscriminate bombing from Russian invaders, calling attention to Ukraine’s disabled community who have been cut off by the attacks. 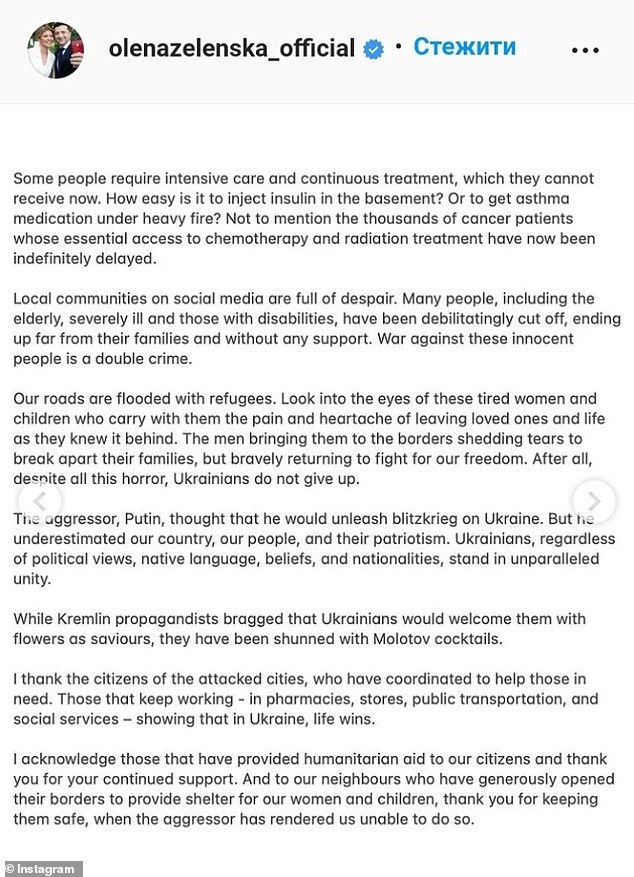 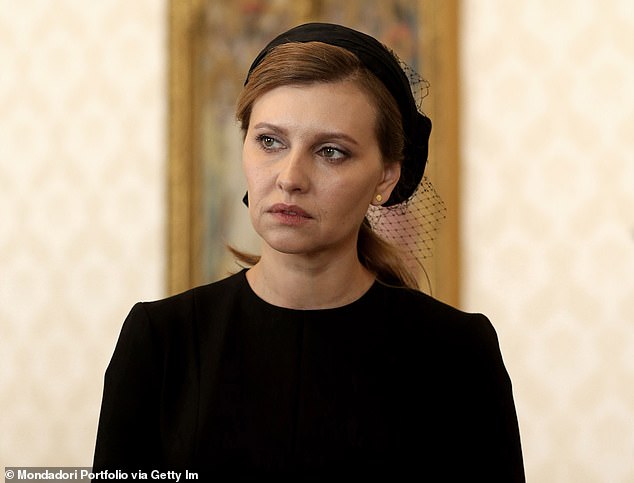 Olena Zelenska, wife of the President of Ukraine Volodymyr Zelensky, is pictured during the reception with Pope Francis in the library of the Apostolic Palace in 2020

‘The aggressor, Putin, thought that he would unleash [a] blitzkrieg on Ukraine. But he underestimated our country, our people, and their patriotism,’ she said via her Instagram on International Woman’s Day.

Highlighting the civilian casualties, Zelenska, 44, named three children who had died in the bombardment of Ukrainian cities.

She said the most devastating horrors to come out of the war were the child casualties.

‘Eight-year-old Alice who died on the streets of Okhtyrka while her grandfather tried to protect her,’ she said, naming the dead.

‘Or Polina from Kyiv, who died in the shelling with her parents.

‘Fourteen-year-old Arseniy was hit in the head by wreckage, and could not be saved because an ambulance could not get to him on time because of intense fires.

‘When Russia says that it is “not waging war against civilians”, I call out the names of these murdered children first,’ said Zelenska. 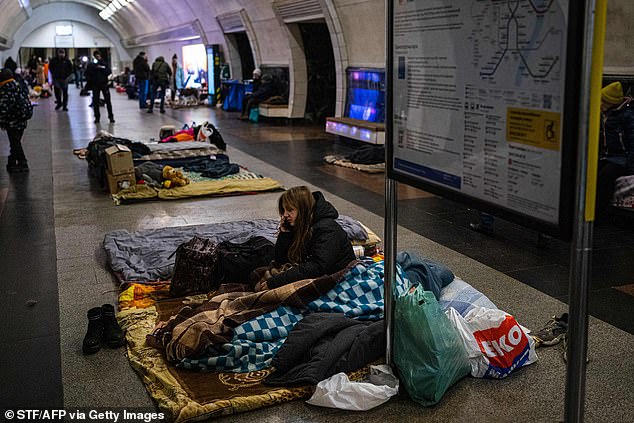 ‘The first newborn of the war, saw the concrete ceiling of the basement, their first breath was the acrid air of the underground, and they were greeted by a community trapped and terrorized,’ she continued.

‘At this point, there are several dozen children who have never known peace in their lives.’

She said instead of Russian occupiers being met with flowers as Putin expected, they were met with Molotov cocktails.

Olenska thanked Ukraine’s neighbors who have opened their doors to fleeing refugees, such as Poland.

She made a plea with other countries to enforce a no-fly zone over Ukraine, a measure hotly debated within NATO as fears of direct conflict with Russia mount.

‘If we don’t stop Putin, who threatens to start a nuclear war, there will be no safe place in the world for any of us,’ she concluded.

‘We will win. Because of our unity. Unity towards love for Ukraine.’