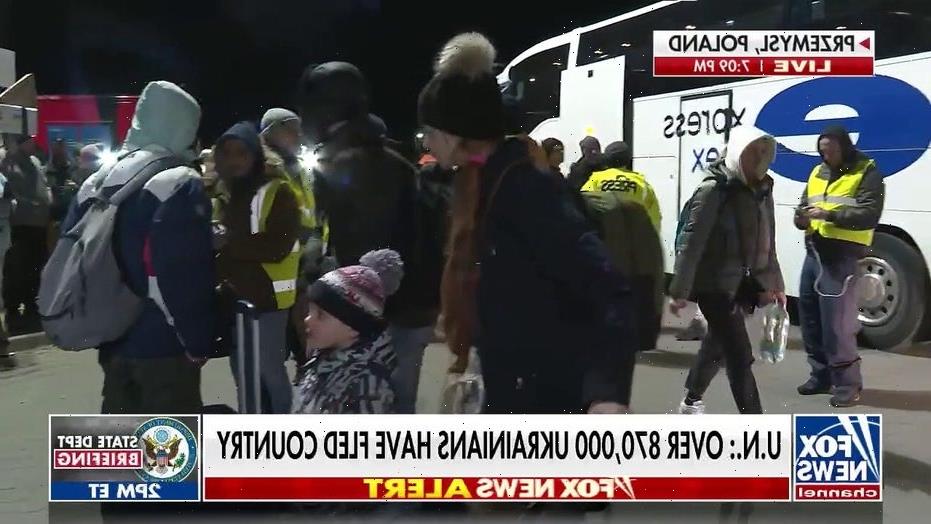 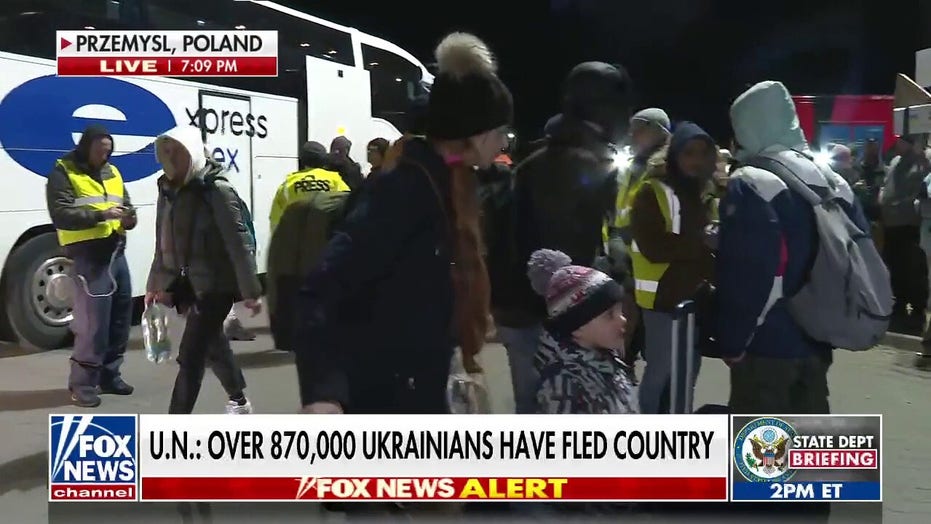 Ukrainian refugees flee country to Poland border, but many are returning to fight

FOX Business’ Connell McShane reports from Przemysl, Poland where he speaks with a volunteer assisting the Ukrainians.

One million people – mostly women and children – have fled Ukraine in the first week of Russia’s invasion, according to the head of the United Nations refugee agency.

The mass exodus from the war-torn country began last Thursday when Russian forces invaded from the north, south, and east.

More than half a million of the refugees have fled to Poland, while the rest have crossed borders into Hungary, Moldova, Slovakia, Romania, and other European countries.

“For many millions more, inside Ukraine, it’s time for guns to fall silent, so that life-saving humanitarian assistance can be provided,” Filippo Grandi, the United Nations High Commissioner for Refugees, said Wednesday. 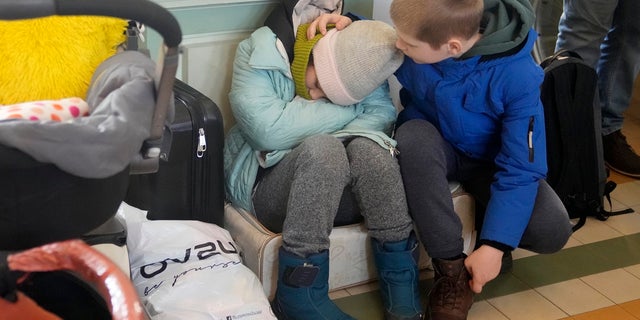 It could be the swiftest exodus of refugees in history. For comparison, more than 5.6 million people have fled Syria since their civil war erupted in 2011, but even when refugees were fleeing that violence at the fastest rate in early 2013, it took about three months for one million to escape the country, according to United Nations data.

Russia has denied that it is targeting civilians, but Secretary of State Antony Blinken said Wednesday that the military is striking “schools, hospitals, residences.” 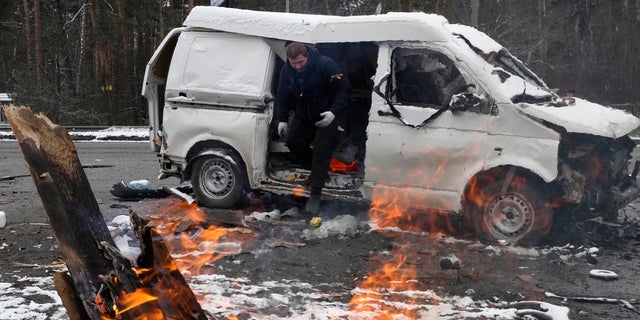 “They’re destroying critical infrastructure which supplies millions of people across Ukraine with drinking water, with electricity, with gas to keep from freezing to death,” Blinken said at the State Department. “These aren’t military targets; they are places where civilians work and families live.”

While Ukrainian refugees have had to face freezing temperatures, long lines, and other logistical problems in getting out of the country, Grandi commended bordering European countries for acting quickly to open up their borders.

“The challenge to admit and register, to meet the needs and ensure the protection of those fleeing, are daunting, but so far they have been met, though I am seriously concerned about the likely, and further escalation in the number of arrivals,” Grandi said this week. 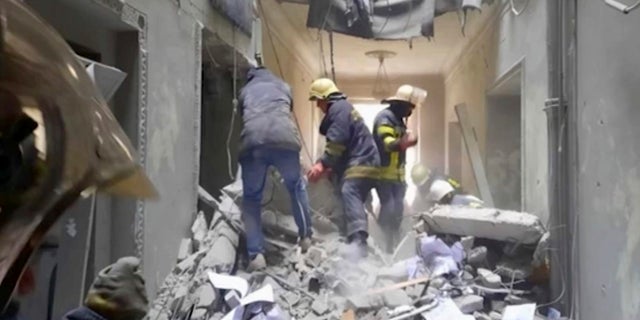 Firemen work inside the regional administration building in the city’s central square of Kharkiv, Ukraine, after Russian shelling, Tuesday, March 1, 2022.
(State service of special communication and information protection of Ukraine via AP)

The United Nations has predicted that upwards of four million people may eventually have to flee Ukraine. The one million people who have left so far account for about 2% of Ukraine’s population.