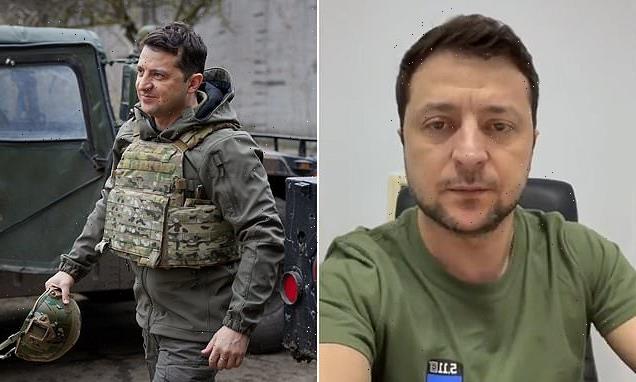 Ukrainian President Volodymyr Zelensky has ‘survived three assassination attempts in the past week’: Plots were foiled by double agents within the FSB

Mercenaries from the Kremlin-backed Wagner group and Chechen special forces were both allegedly sent to kill the Ukrainian president since Russia’s invasion began last week.

The assassins were foiled by subversive anti-war members within Russia’s Federal Security Service (FSB) – Russia’s successor to the KGB – who alerted Ukraine officials,  The Times reported.

Ukraine Secretary of National Security and Defense confirmed the three assassination attempts and told local press that he had received information from the double agents ‘who do not want to take part in this bloody war.’

One of the groups that reportedly tried to kill Zelensky, 44, was the Wagner Group – which has 400 members located in Kyiv as members infiltrated Ukraine with a 24-name ‘kill list.’ If the attempt was success, Russian President Vladimir Putin would have been able to deny any involvement. 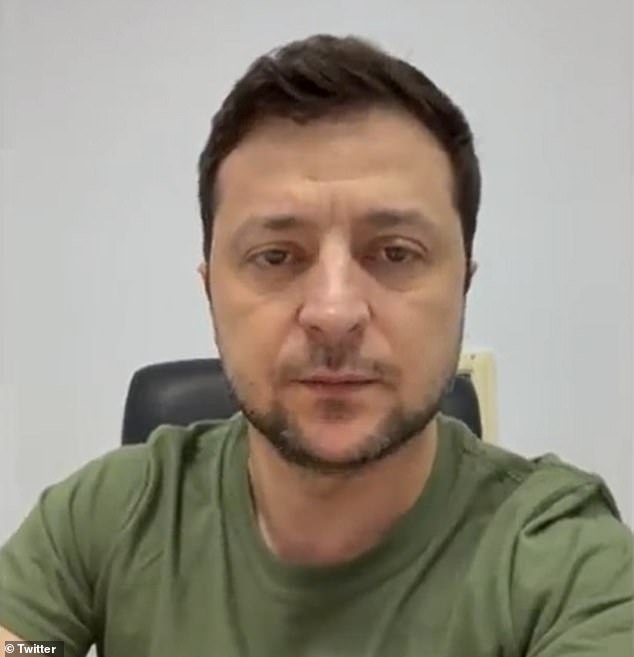 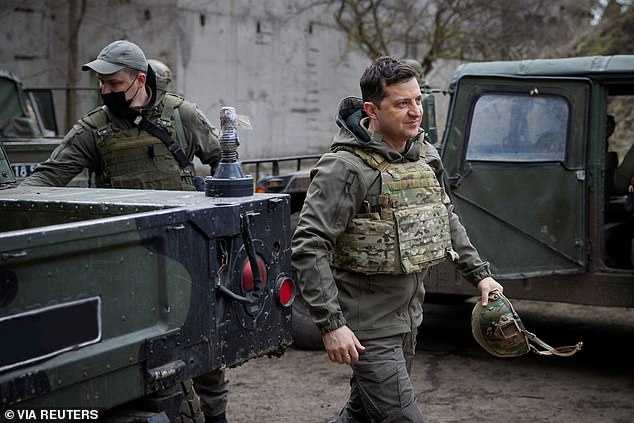 The Ukrainian president (pictured on the front lines) has admitted he knows he’s Russia’s biggest target. The Wagner Group – which has 400 personnel in Kyiv alone – and the Chechen attempted to kill him in the last week

‘They would be going in there with a very high-profile mission, something that the Russians would want to be deniable — a decapitation of a head of state is a huge mission,’ a source told the Times. ‘In terms of the impact on Russian sovereign policy, this would be perhaps their biggest mission so far. It would have a major impact on the war.’

The army-for-hire, run by oligarch Yevgeny Prigozhin – a close ally of the Russian president who is often dubbed ‘Putin’s chef’ – was flown in five weeks ago and is being offered a huge sum for the mission.

A few days ago, the highly-trained operatives were said to be waiting for the green light from the Kremlin to pounce, with their hit list also including Ukraine’s prime minister, the entire cabinet, mayor of Kyiv Vitali Klitschko and his brother Wladimir – both boxing champions who have become iconic figures on the front lines of the capital.

The plan was sabotaged after they reached the upper echelons of the Ukrainian government on Saturday morning, prompting Kyiv to declare a 36-hour ‘hard’ curfew, ordering everyone indoors so that soldiers could sweep the streets for Russian saboteurs.

Citizens were warned that they risked being ‘liquidated’ if they were spotted outside during the curfew hours, as they may be assumed to be the enemy.

A source with knowledge of the Wagner Group’s activities told The Times that between 2,000 and 4,000 mercenaries had actually arrived in Ukraine in January, but with different missions.

The group are said to be tracking Zelesnky and his colleagues via their mobile phones – claiming to know where they are at all times.

The Chechen are a part of Russia’s National Guard and are known for using brutal tactics. 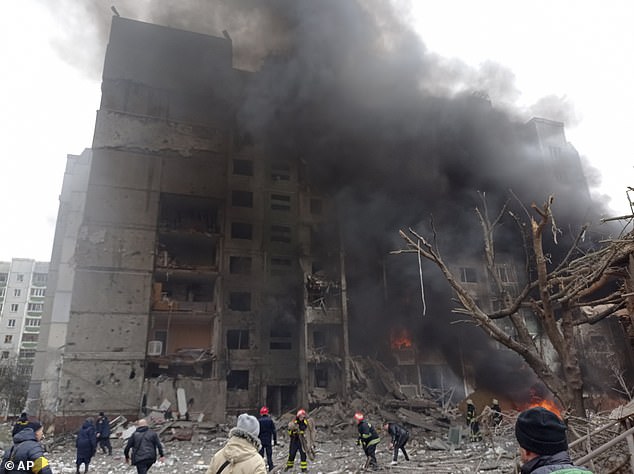 The US offered to evacuate Zelensky, who told Biden he ‘needed ammunition, not a ride’ as Ukraine faces several bomb threats and a potential nuclear war 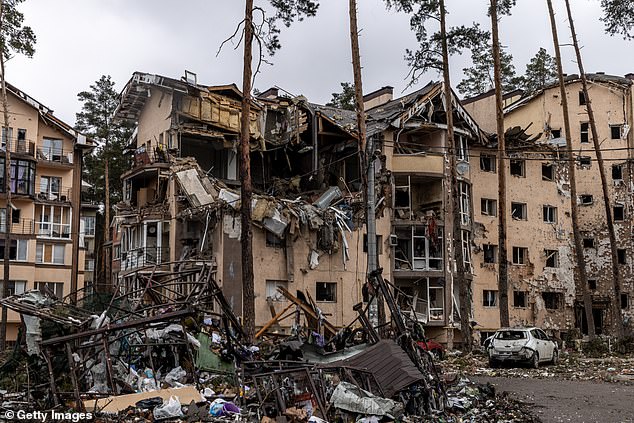 News of their assassination plans has not seemed to faze Zelensky, who admitted he was ‘target number one’ during an address to the nation, telling them Russian special forces were hunting him.

When the US offered to extract him, he told President Joe Biden: ‘I need ammunition, not a ride.’

Wagner has conducted covert operations across Africa and the Middle East, including in Syria, and they have most recently been on the ground in Ukraine to guide Russian tanks to the capital.

General Sir Richard Barrons, a former commander of Joint Forces Command, said: ‘They are very effective because they are hard to pin down.

‘They can appear from the shadows, do very violent things and then disappear again, without it being obvious who was responsible. They are not directly linked to the Russian government and therefore they are plausibly deniable.’

Sources told the Times the militia were briefed about Putin’s plans on Ukraine back in December, long before the Russian army was told.

Soldiers and generals were feared to oppose the invasion plans, and several have been executed for doing so, claimed the mercenaries.