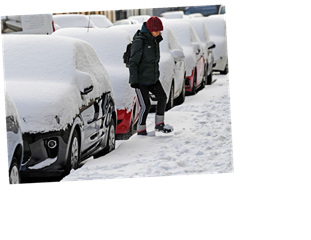 WEATHER charts suggest that Brits could see a white Easter this year. – but the Met Office have rejected the claims.

Temperatures in the coming weeks are to go as low as -4C with snow predicted to fall on March 12.

But the Met Office has dismissed widespread claims there will be a White Easter, saying it is "impossible" to forecast specific snowfall that far ahead.

"The Met Office’s own long-range guidance suggests that during the middle of March unsettled conditions look likely to continue across the UK, with spells of rain and showers but also some drier and brighter interludes at times especially in the south," they added.

"Into the latter part of March unsettled conditions perhaps becoming more confined to the north and west, with the south and east seeing more settled conditions. Temperatures are most likely to remain near to or slightly above average, with any colder intervals from the north short lived."