THE UK looks set for a weekend of rain and snow, with sub-zero temperatures expected and flood warnings issued.

The Met Office said there could be snow on the hills in the northwest later today and that other areas will see cold weather and a touch of frost. 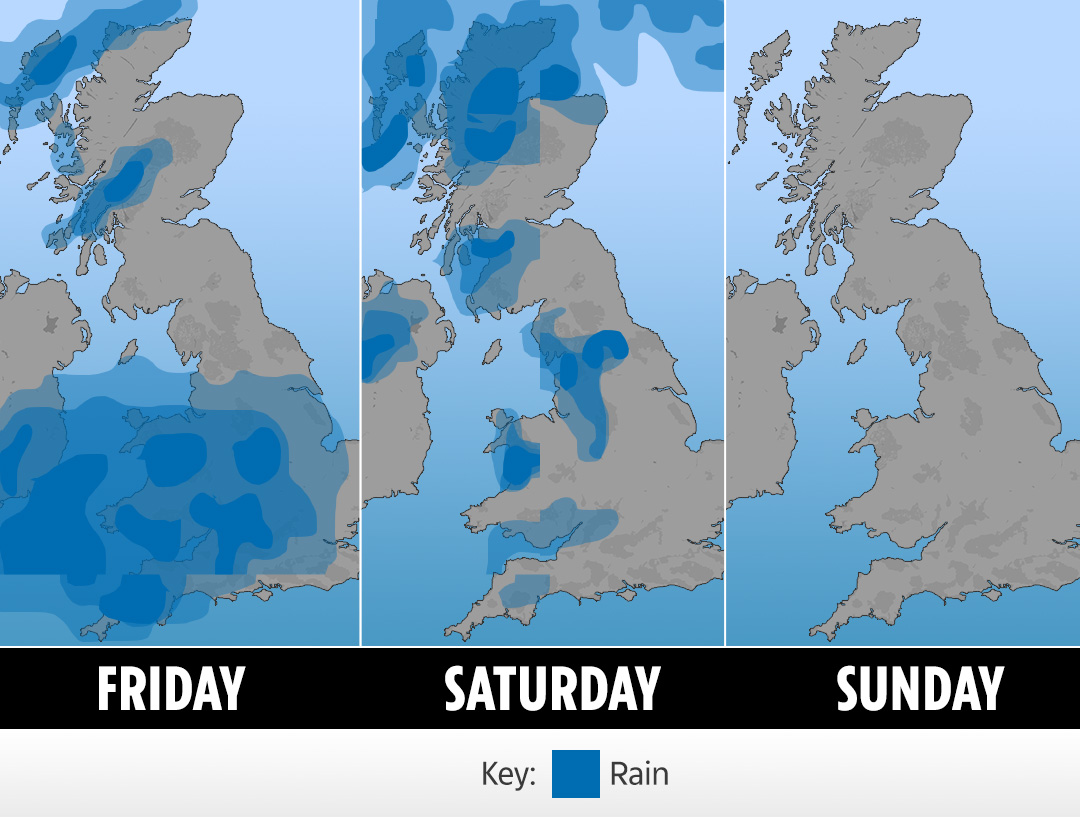 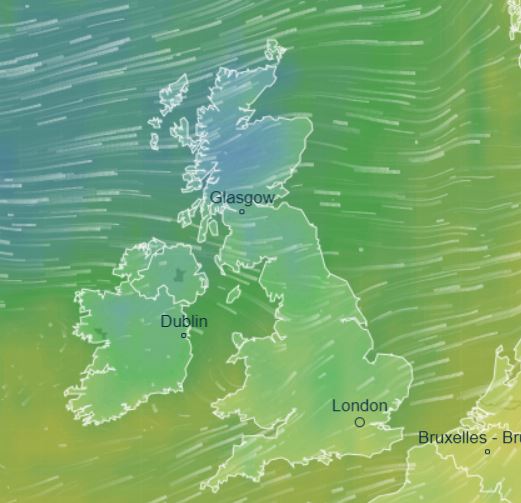 Temperatures could dip as low as 2C overnight in Scotland as the UK is plunged into a cold snap.

The Met Office has also issued "severe" yellow weather warnings for the north and southwest of England as well as the whole of Wales over Friday and Saturday.

The weather front will move at a snail's pace, bringing heavy rain and and strong winds along with it.

Luke Miall, a Met Office meteorologist, told The Sun Online: "We are expecting a period of heavy rain pushing from the south west as we through the day on Friday.

"It will turn quite heavy and persistent through out the evening.

"The weather front that is responsible will be stay stationary in Wales and North West England.

"It will move very slowly and there is a lot of moisture and it will continue for the next couple of days." 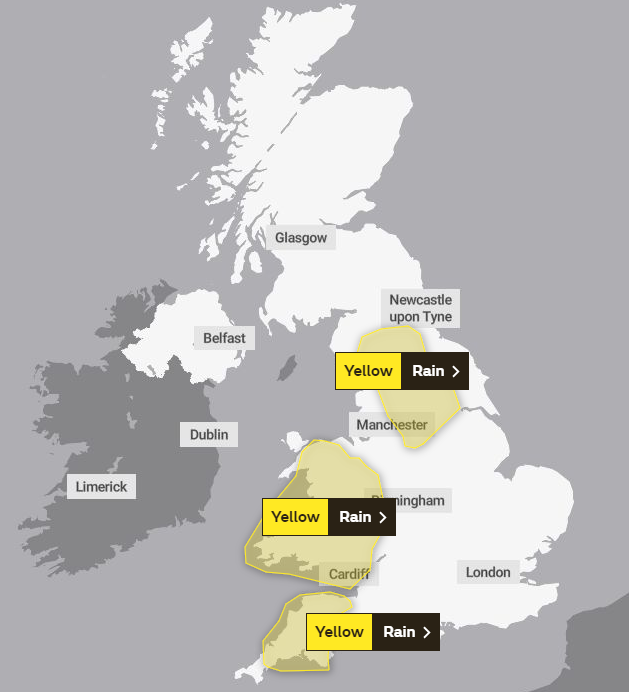 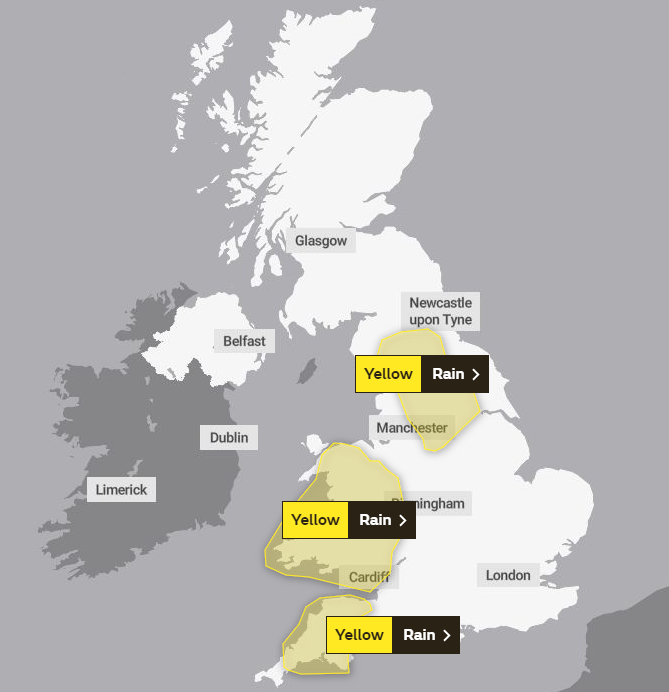 The weather warning for Friday is in place between noon until midnight and at the same time on Saturday as 100mm of rain could fall over that period.

Mr Miall said: "We are expecting at least 100mm of rain and that is quite a lot of rain to fall in a couple of days.

"The strongest winds will be in the southern counties along the west. The focus will be on the rain and that will be the main impact."

Families planning to travel during half-term could also get caught out.

Mr Miall added: "For some places its half-term this week and so anybody that is travelling to and from Wales and the North West of England on Friday could get very stuck.

SPONSORED CONTENT: How to save £219 a year off your energy bills

BEAT energy price rises year after year with Switchcraft. It's free and it could save you an average of £219 a year.

News UK has a brand partnership with Switchcraft.

"We can expect from surface water flooding to make for tricky travelling conditions."

The Met Office has added there is a chance homes and businesses could be flooded, causing damage to some buildings.

It added fast flowing or deep floodwater could cause a danger to life and the some communities may get cut off by flooded roads.

Met Office meteorologist Aidan McGivern said: "We are likely to see snow coming down to the mountains, 400, 500 metres or so, accumulating through Friday and Saturday.

"The first significant widespread mountain snow of the season.

"There will be some sunshine in between the snow showers."

Weather forecasters fear Britain is about to be plunged into a miserable wet and snowy winter – the coldest in 30 years.

Exacta weather expert James Madden said: "October is now looking like it will turn out to be colder than average with more of a chance of something wintry setting in through the second half of the month.

"There is a strong chance of widespread frosts and the chance of snowfall which will set the scene for November.

"This will pave the way for what is shaping up to be a colder than average winter with some extreme cold weather events.

"While these could start to make an impact within the next few weeks they will be particularly troublesome from December onward.

"Snow events have been few and far between in recent years, but this winter is looking favourable to bring snow event after snow event as weather systems from the Atlantic clash with cold stagnated air over the UK."

That could mean a bitterly cold spell to rival the freezing winter of 1963 – which is said to have been the coldest for 200 years.

Mike Saunders, a professor of climate prediction at University College, London told The Sunday Times last month: "This would rank the 2020 January-February central England temperature as the coldest winter since 2013.

"It would also rank January-February 2020 as the seventh coldest winter in the past 30 years."

Temperatures are predicted to go as low as -14C, reminiscent of the "Beast from the East" which covered the UK in a blanket of snow in 2018. 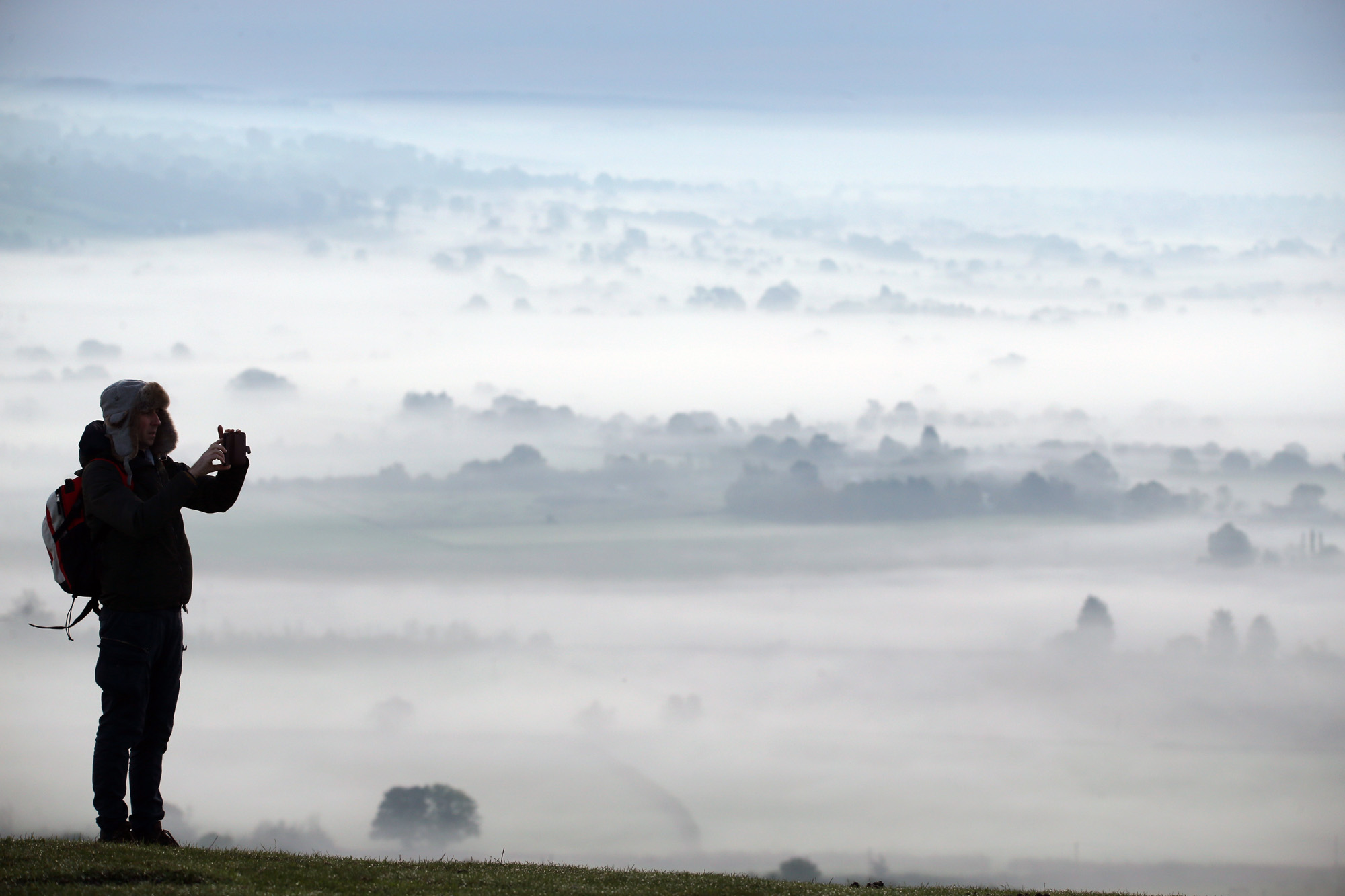 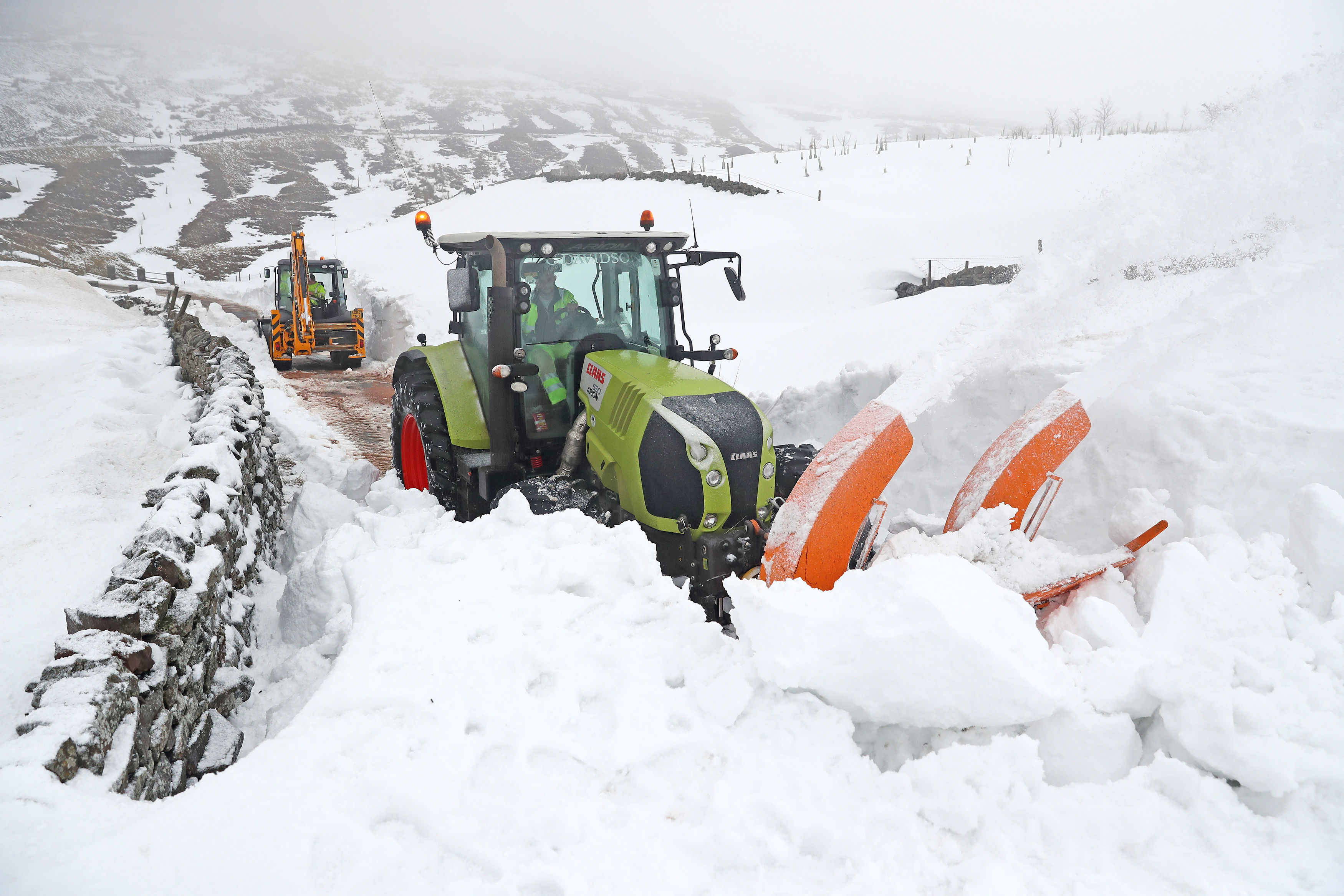