WASHINGTON/CARACAS (Reuters) – The United States on Friday intensified its push to drive Venezuelan President Nicolas Maduro from power, as U.S. diplomats left the embassy in Caracas and Russia vowed to back its socialist South American ally.

U.S. Secretary of State Mike Pompeo on Saturday will urge members of the United Nations Security Council to recognize opposition leader Juan Guaido as Venezuela’s legitimate head of state. Washington requested the meeting of the 15-member council after a string of countries threw their weight behind Guaido, who heads Venezuela’s congress, and urged Maduro to step down.

Russia opposes the request and has accused Washington of backing a coup attempt, placing Venezuela at the heart of a growing geopolitical duel. Moscow will insist on compliance with international law, Russia’s RIA news agency cited Foreign Minister Sergei Lavrov as saying on Friday.

Private military contractors who carry out secret missions for Russia have flown into Venezuela in the past few days to beef up security for Maduro, sources said.

Maduro said he welcomed a debate over Venezuela’s situation and thanked Pompeo for making the UN request, in a jocular response during a Friday news conference.

“I was about to say to the foreign minister ‘ask for a security council debate,’ (but) Mike Pompeo got ahead of me,” Maduro said. “Thanks, Mike … We’re going to tell the truth about the articles of the constitution, about the coup.”

Earlier, American diplomats left the U.S. embassy in Caracas in a convoy of vehicles with a police escort en route to the airport, according to a Reuters witness. Maduro, in a fiery speech on Wednesday, broke off diplomatic relations with Washington and ordered the U.S. personnel out within 72 hours.

The State Department on Thursday told some U.S. government workers to leave Venezuela and said U.S. citizens in the country should consider leaving. It did not immediately respond to a request for comment on the movement of embassy personnel on Friday.

U.N. human rights boss Michelle Bachelet called on Friday for an investigation into alleged excessive use of force by Venezuelan security forces against protesters, adding that she was “extremely concerned” that the situation could rapidly spiral out of control.

Guaido, who has galvanized Venezuela’s opposition, proclaimed himself interim president on Wednesday during a march of hundreds of thousands in Caracas. He is considering making a request for funds from international institutions including the International Monetary Fund, two people familiar with the talks said on Friday.

However, he still has no control over the Venezuelan state and the military, which has so far remained loyal to Maduro despite a deep economic and political crisis that has sparked mass emigration, with inflation forecast to rise to 10 million percent this year. Guaido has promised future amnesties to military members if they disavow Maduro. 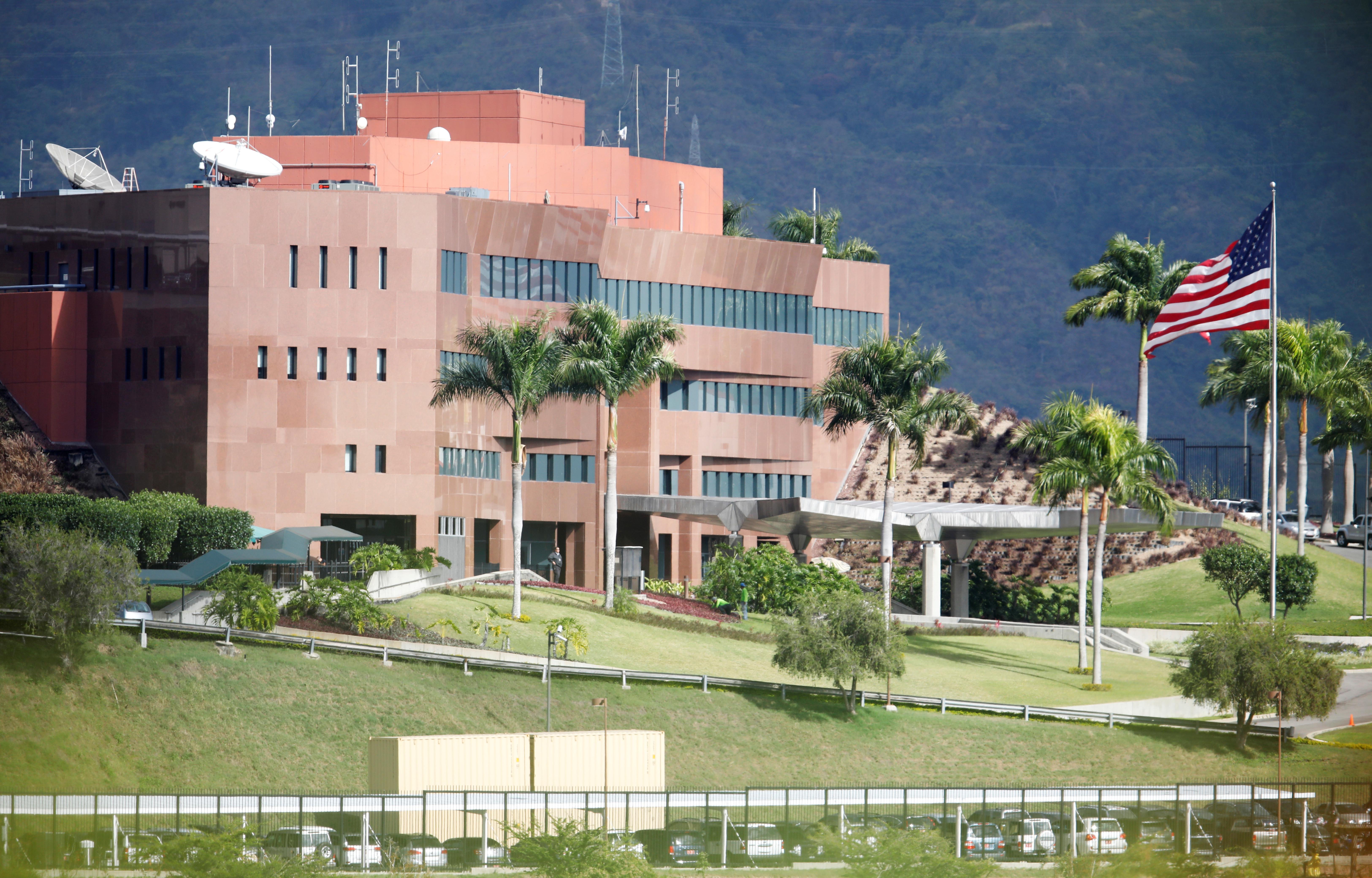 On Friday, Guaido repeated his offer to the armed forces around Venezuela, asking soldiers “to put themselves on the side of the constitution.”

Most Latin American nations have joined the United States in supporting Guaido’s claim on the presidency, although Mexico’s new leftist government has said it would not take sides. Mexican President Andres Manuel Lopez Obrador said on Friday his administration would be willing to mediate.

Guaido said he would reject any negotiations that did not include Maduro’s exit, the setting up of a transition government, and free elections to pick a new president.

“No one wants fake dialogue … the only thing we want to negotiate is the end of the usurpation,” he told a crowd clustered in a plaza in Caracas’ Chacao district, an opposition stronghold.

To ratchet up pressure on Maduro, who began a second term on Jan. 10 following an election last year widely considered to be a fraud, the United States is seeking to cut off funds for his government, U.S. officials said on Thursday.

Maduro warned off any attempt to take control of Citgo, the country’s primary offshore asset. “It is the property of the Venezuelan people, and we will defend it,” he said. 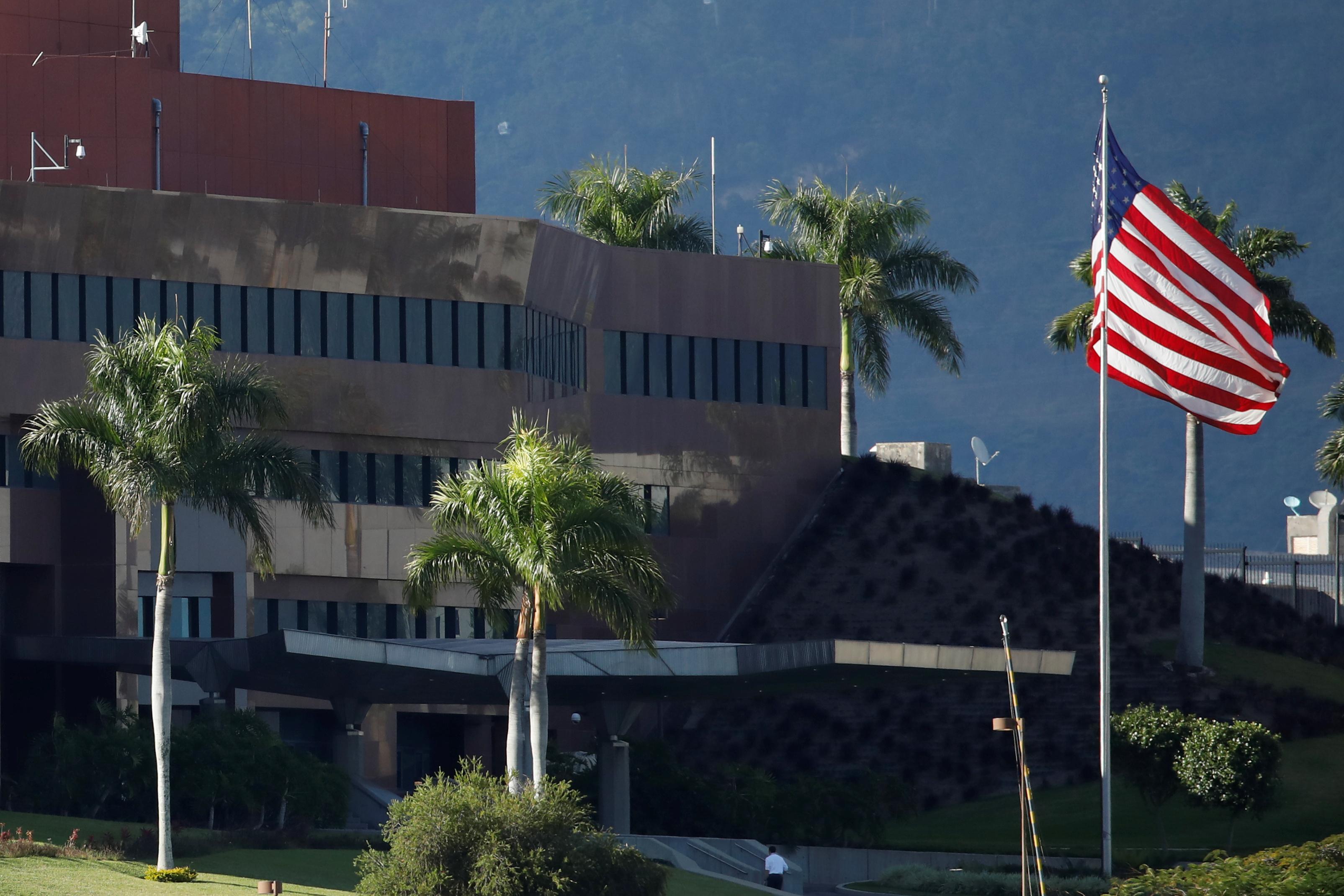 The Maduro-appointed board of Citgo is preparing a legal strategy to defend itself, sources close to the talks said.

Oil prices edged higher on Friday as the political turmoil threatened to tighten the global supply of crude. Washington has signaled that it could impose new sanctions on OPEC member Venezuela’s vital oil sector.

“The oil situation has been an ethical moral dilemma for us,” said U.S. Senator Richard Durbin, the no.2 Democrat in the Senate. “Cutting off all trade in oil would be the last step. It would make it even worse for the average person.”