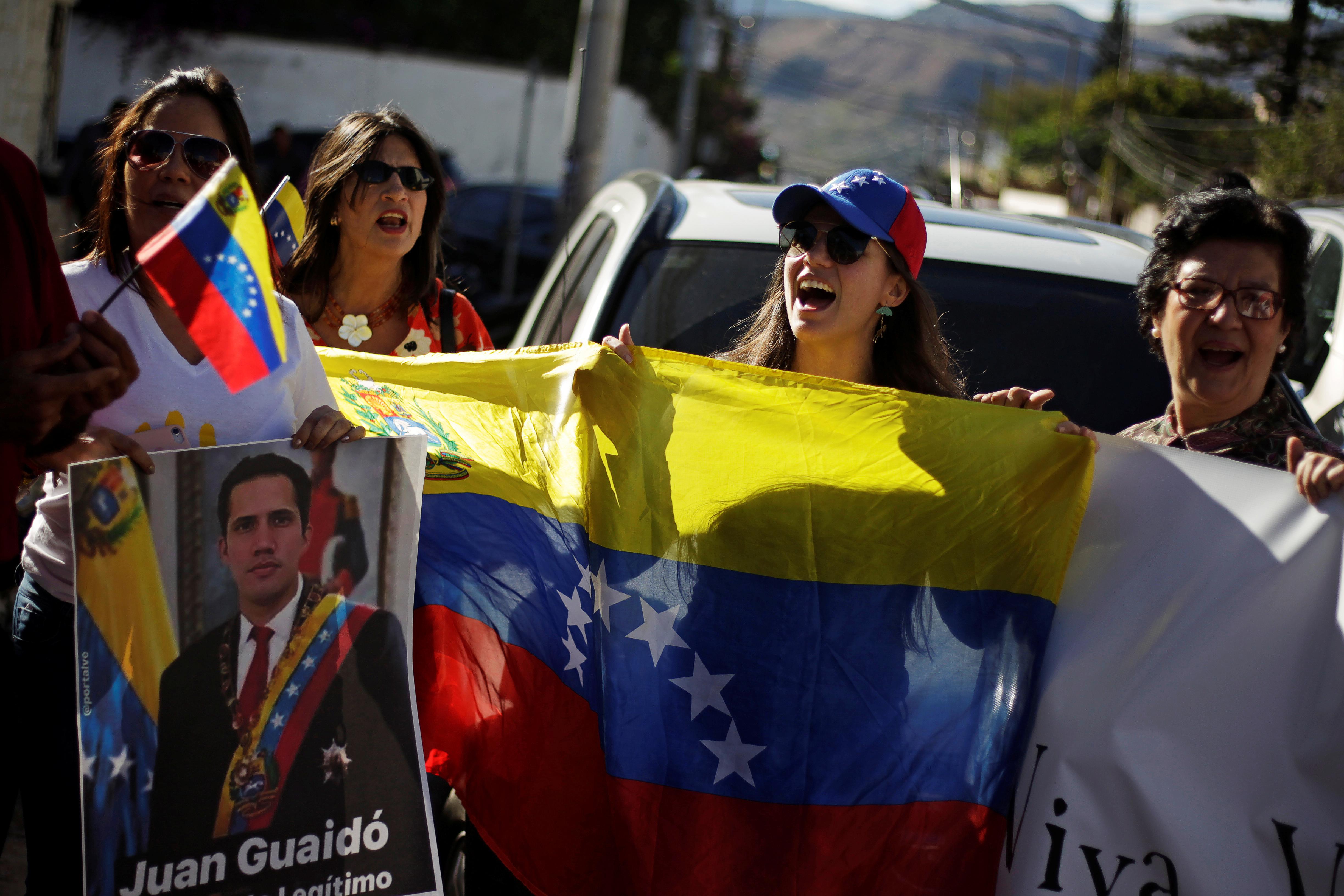 Washington on Wednesday recognized opposition leader Juan Guaido as Venezuela’s interim president and has called on other countries to do the same. Venezuelan President Nicolas Maduro has responded by cutting diplomatic ties with the United States and ordering the country’s diplomats to leave.

The United States asked for a meeting of the 15-member U.N. Security Council “given the increasingly volatile situation in Venezuela and the growing humanitarian crisis in the country which could lead to further regional conflict and instability,” according to the U.S. request seen by Reuters.

The request faces opposition from Russia. When asked on Thursday if the council should meet on Venezuela, Russian U.N. Ambassador Vassily Nebenzia said: “I don’t think so, that’s their internal business.”

Any Security Council member could call for a procedural vote to block the meeting. A minimum of nine votes are needed to win such a vote and China, Russia, the United States, Britain and France cannot wield their vetoes. However, U.N. diplomats said any attempt to stop the Venezuela meeting would be defeated.

The Security Council is responsible for the maintenance of international peace and security.

“As to whether Venezuela threatens peace and security, we’ll listen to what Mike Pompeo might have to say,” said South Africa’s U.N. Ambassador Jerry Matjila. South Africa is currently on the Security Council.

Former U.S. Ambassador to the United Nations Nikki Haley, who stepped down in December, was strongly critical of Venezuela at the world body.

The Security Council met behind closed doors on Venezuela, at Haley’s request, in May 2017 and she then held an informal public council briefing on Venezuela in November 2017, which was boycotted by Russia, China, Egypt and Bolivia.