RIMBO, Sweden (Reuters) – The United Nations proposed at initial talks between Yemen’s warring parties on Tuesday that they withdraw from the contested port city of Hodeidah, a lifeline for millions facing famine, and place it under the control of an interim entity. 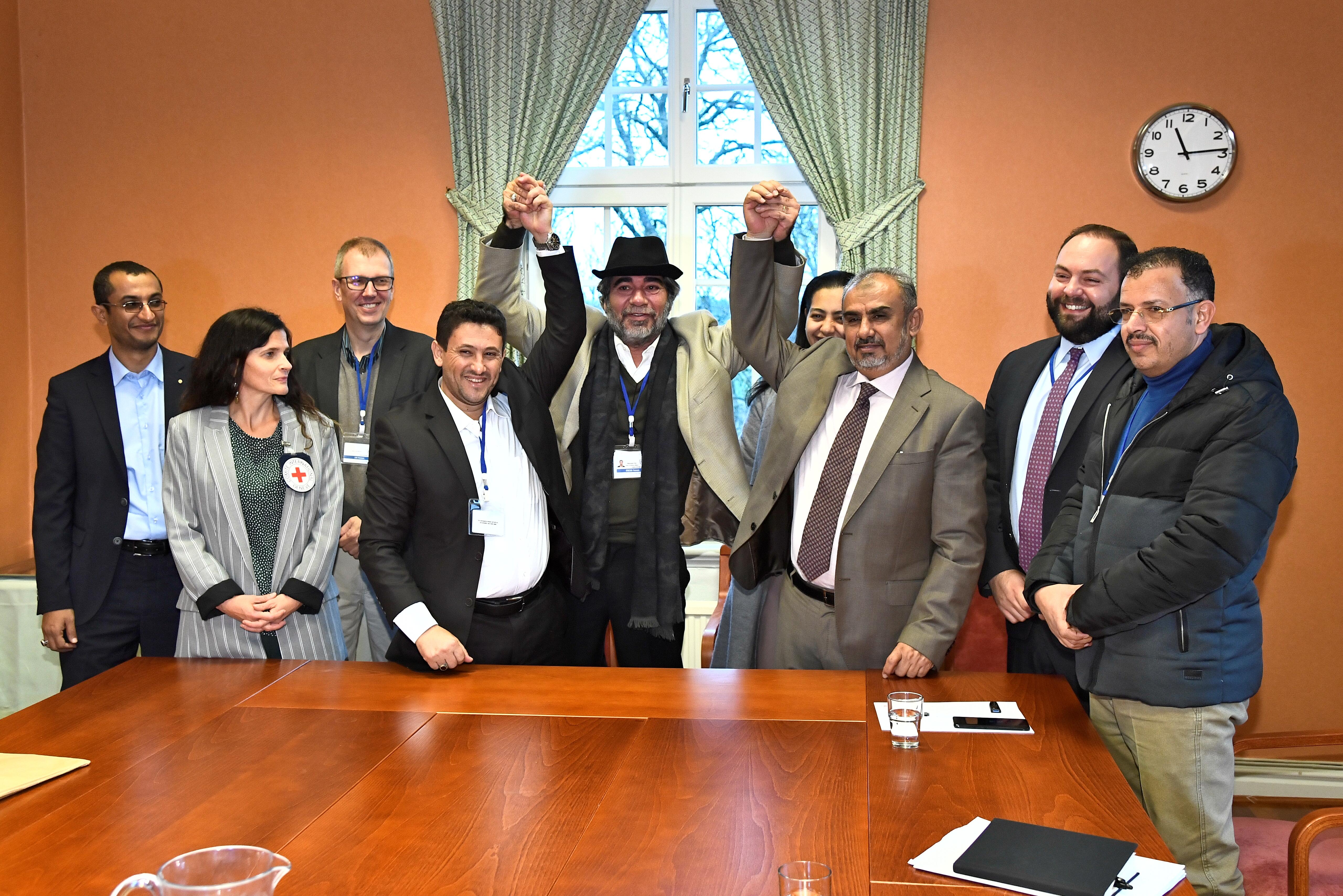 It was not clear if the Iran-aligned Houthi movement and the Saudi-backed Yemeni government would accept the proposal made at peace talks in Sweden that aim to avert a full-scale assault on Hodeidah, now a focus of the nearly four-year-old war.

U.N. Secretary General Antonio Guterres will attend the closing of the talks on Thursday to meet with both delegations and support his Yemen special envoy’s efforts, a U.N. spokesman said. Another round could be held in early 2019.

After the two sides agreed to exchange around 15,000 prisoners, the consultations revolve around thornier issues such as the status of Hodeidah and the reopening of Sanaa airport.

The Houthis control most population centers in Yemen, including Hodeidah – with coalition forces massed on its outskirts – and the capital Sanaa, from which the group ousted the government of Abd-Rabbu Mansour Hadi in 2014.

Another three sources familiar with the talks told Reuters that the proposal presented by U.N. envoy Martin Griffiths envisions a “joint committee or independent entity” be set up to manage the city and port after both sides withdraw.

U.N. monitors could be deployed in Hodeidah, they said, adding that discussions were continuing.

The United Nations declined to comment. The two parties could not be immediately reached to respond to the proposal.

Yemeni Foreign Minister Khalid al Yamani, who is heading the internationally recognized government’s delegation to the peace talks, said on Monday that Hodeidah should be placed under Interior Ministry control as a matter of sovereignty.

Both parties have agreed to a U.N. role in the Red Sea port, the entry point for most of Yemen’s commercial goods and vital aid, but differ on who should run the city itself. The Houthis say Hodeidah should be declared a neutral zone.

Western allies are pressing Saudi Arabia and the United Arab Emirates, leaders of the coalition that intervened in Yemen in 2015 to restore Hadi’s government, to end a war that has pushed the long impoverished nation to the verge of famine.

Ambassadors of the five permanent member states of the U.N. Security Council are present at the talks and were pressing the parties to agree to the Hodeidah proposal, the sources said.

A source in the government team said Griffiths brought the heads of the two delegations together for the first time in a meeting attended by the ambassadors.

Griffiths wants agreement on confidence-building steps and a transitional governing body ahead of political negotiations to end the conflict, which has killed tens of thousands of people.

The two sides on Tuesday exchanged lists of some 15,000 prisoners for a swap agreed at the start of the talks.

Delegates said the swap would be conducted via Houthi-held Sanaa airport in north Yemen and government-held Sayun airport in the south – a process overseen by the United Nations and the International Committee of the Red Cross (ICRC).

“We have exchanged more than 7,000 names from each side, including some 200 high-ranking officers,” said Ghaleb Mutlaq, a Houthi delegate.

Hadi’s foreign minister said the government had submitted a list of 8,576 prisoners, including activists and journalists.

Johannes Bruwer, the outgoing ICRC head of delegation in Yemen, said in Geneva the exchange would take weeks and might involve the repatriation of third-country nationals. 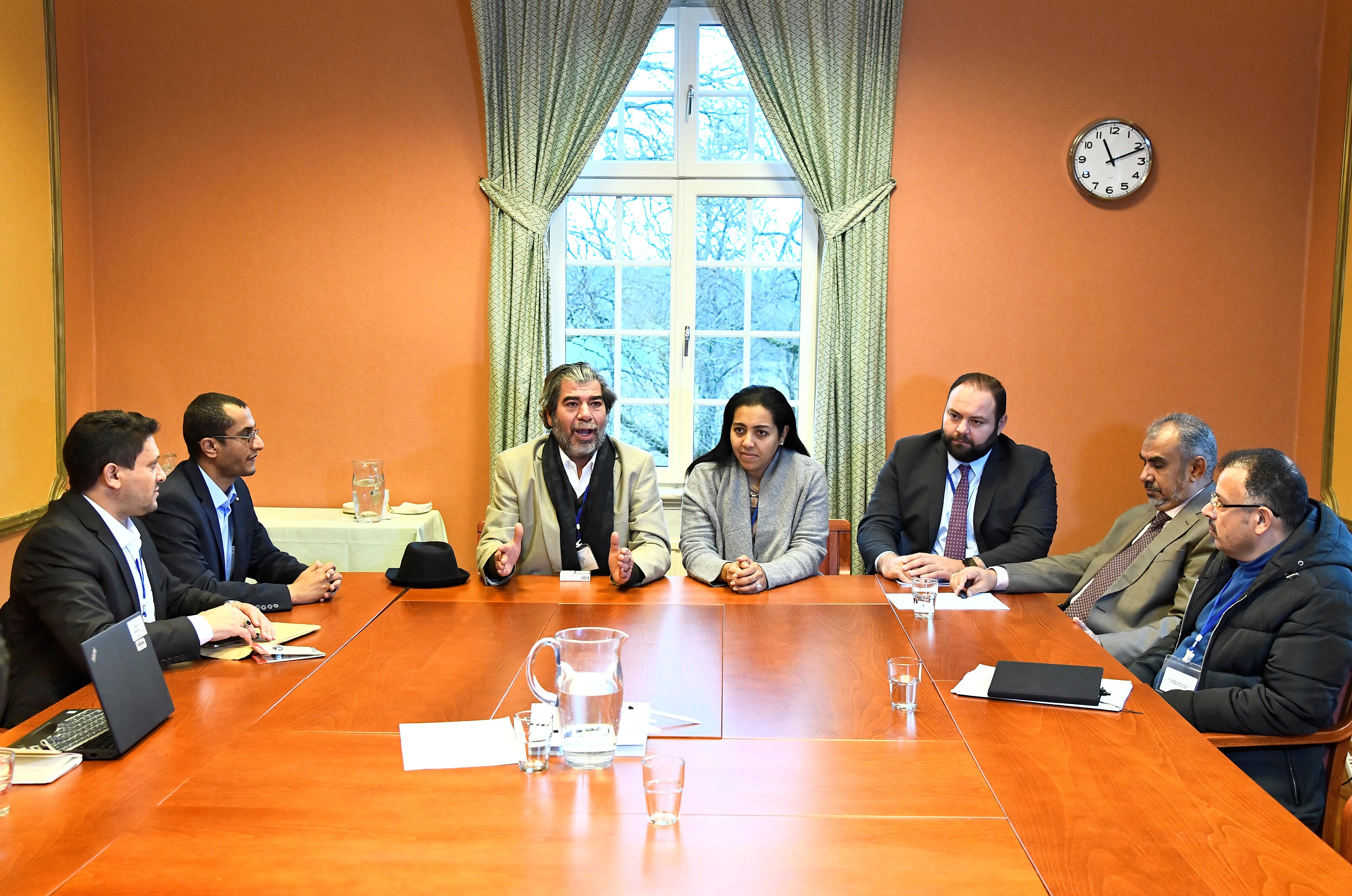 The parties have also yet to agree on shoring up the central bank. Most basic commodities are out of reach of millions.

Saudi Arabia and the UAE want to exit a conflict that has become very costly and is bogged down in stalemate, with pressure for a peace deal rising among Western allies, some of which supply them with arms and intelligence.

Yemen’s war is widely regarded in the Middle East as a proxy conflict between Saudi Arabia and Iran.