Dad fail! Two-year-old girl gets soaked through when her father fails to spot filthy puddle at the bottom of slide

A two-year-old girl was left soaked after her father failed to spot a filthy puddle at the bottom of a slide.

Michael McIntyre was playing with his daughter Myla at the park in Clovis, California, when she made a run for the three-lane slide.

In the hilarious video, Myla is seen sat at the top of the green slide holding the sides and waiting for her father’s cue to go. 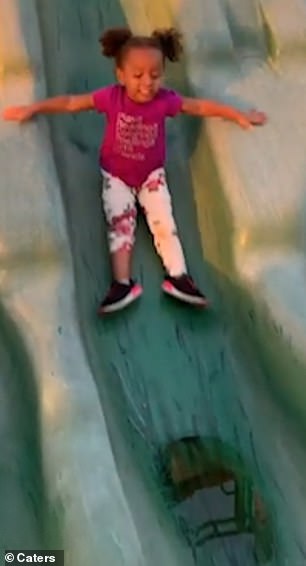 Two-year-old Myla was left soaked after failing to notice a puddle at the bottom of a slide in a park in Clovis, California

Within seconds, she pushes forward and goes flying down and squeals in excitement.

She lands with a thud and into a puddle of water, which has collected at the bottom, and the water sprays across the slide.

Myla, who is one of four, then lands on to her feet and pauses as she notices her wet clothes, on October 10. She touches her sodden patterned trousers and scans her outfit. 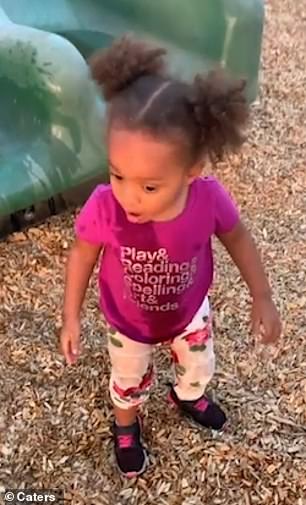 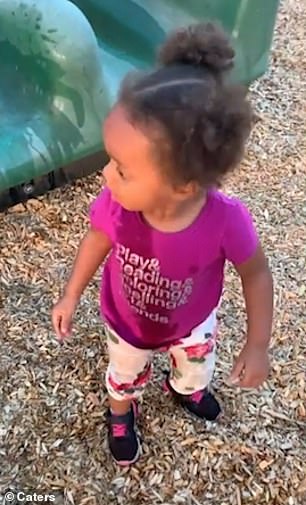 Michael, of Fresno in California, struggles to hide his horror and shouts ‘ohh’ before nearly swearing. 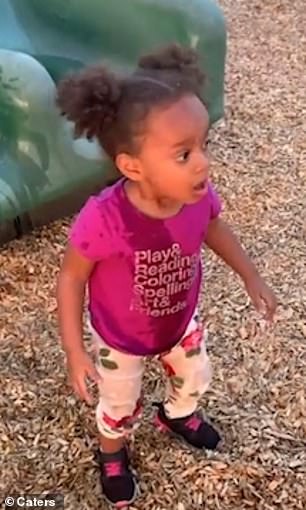 He tells his daughter ‘the water was there’ while in hysterical laughter as Myla is crouched and examining her wet clothes.

She peers around to look at the murky water on the slide and her mouth forms an O in horror.

While Michael tries to encourage her and calls her name, she stands rigid and looks around in disbelief.

Realising her annoyance, the father says: ‘Oh you’re all wet and mumma took off. I’ll call her.’

‘I felt so bad for a nano second then I couldn’t stop laughing.’

KP Perry replied: ‘I mean I guess this is an early lesson about surprises in life right bro?’

Meanwhile Chantea McIntyre, mother of Myla and wife of Michael, reposted the clip and said it ‘perfectly demonstrates my husband’s parenting style’.

He is ‘the guy that says over and over ‘the kids will be fine’ meanwhile I am paranoid about everything’. 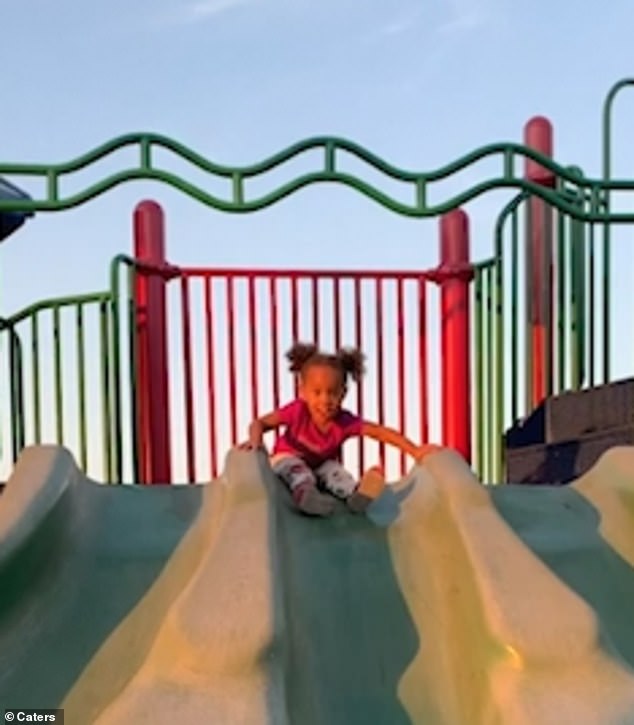 Chantea McIntyre, mother of Myla and wife of Michael, reposted the clip and said it ‘perfectly demonstrates my husband’s parenting style’ as he always insists ‘the kids will be fine’