Two women have been fined after they got into a fight after a lockdown-breaking party which attracted police.

They were caught on camera on Saturday while battering each other and one of the women even dragged the other to the ground at a party in Hough Green, Widnes, Cheshire.

Footage of the incident shows blows being landed as the pair battled outside homes in the area.

When Cheshire Police responded their enquiries led to the discovery a children’s party had been held the night before.

The argument is thought to have been linked to that party. 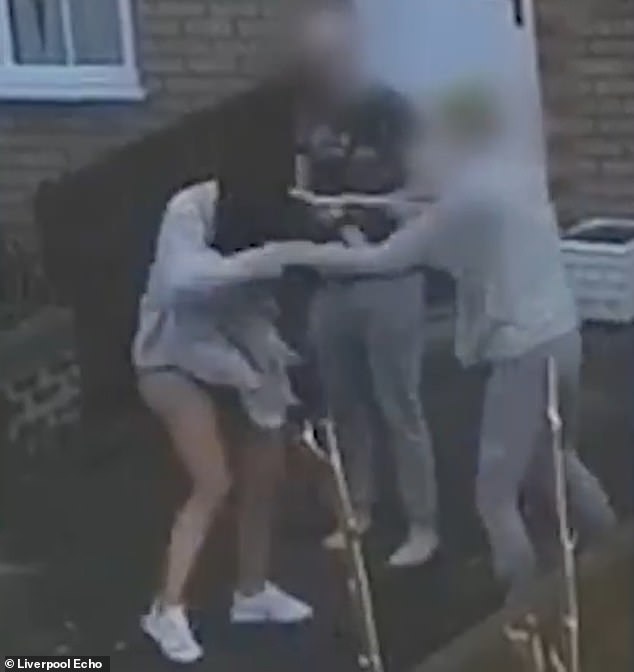 A spokesman for Cheshire Police told the Liverpool Echo that officers attended the Hough Green area at around 9.40am on Saturday following reports of a disturbance.

He said: ‘Officers attended and spoke to two women, who were both from different households, who were arguing in the street.

‘While engaging with the pair they revealed that they had attended a party the previous night. Both women were subsequently issued with fixed penalty notices.’

The trouble between the pair first came to light on Sunday, when police detailed the incident on social media.

A statement released by the force’s Twitter account for the Widnes area said: ‘We issued fines to six people in Widnes yesterday for blatant breaches of lockdown regulations. 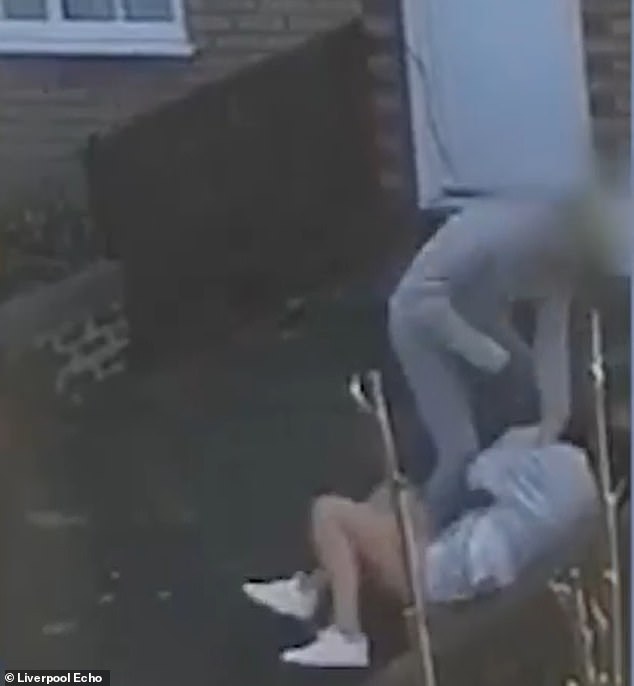 They were caught on camera on Saturday while battering each other and one of the women even dragged the other to the ground at a party in Hough Green, Widnes, Cheshire

‘We don’t want to stop anyone from enjoying themselves, but we all need to stick to the rules and help to reduce the spread of coronavirus.

‘We will always engage, explain and encourage people to follow the regulations but sometimes enforcement action is necessary.

‘Two women were fined in relation to a children’s party that was held involving people from different households.

‘We were made aware of the party when speaking to the women about a fight they’d had in the street.

‘Two other women and two men were fined in relation to a separate incident.

‘All from separate households, they had gathered at a flat.

‘Thankfully the vast majority of residents are sticking to the rules and we urge you to continue to do so.’