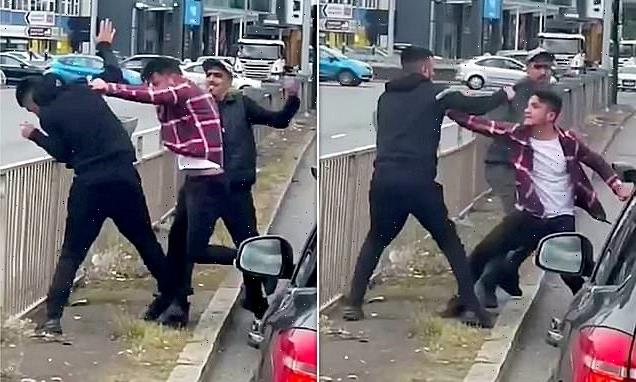 Shocking footage shows the moment two men punched and kicked a driver in a road rage attack – before a middle-aged woman stepped in to break up the brawl.

The violent scenes broke out in broad daylight at a set of traffic lights along the busy Coventry Road, in Sheldon, Birmingham earlier this week.

The occupants of a black Audi can be seen getting out of their vehicle on the afternoon of Tuesday, June 22, before pulling open the door of another car which was stationary at the lights.

In the 40-second clip, two young men approach a motorist and begin grappling with him while he is sat in his car.

They start punching and kicking the driver, who eventually steps out from the vehicle and begins exchanging blows with the men in the middle of the street.

A woman can be heard shouting ‘leave it, leave it’ as she puts herself between the brawling yobs before the two-on-one attack comes to an abrupt end. 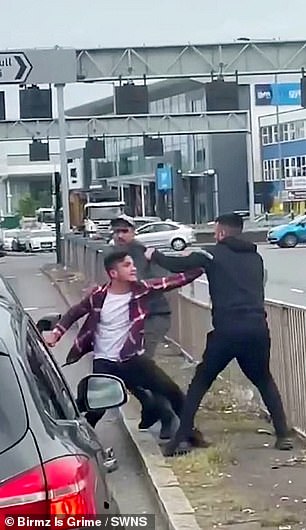 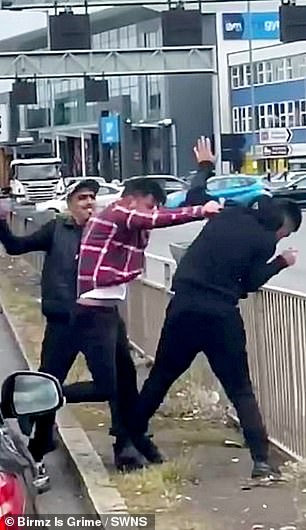 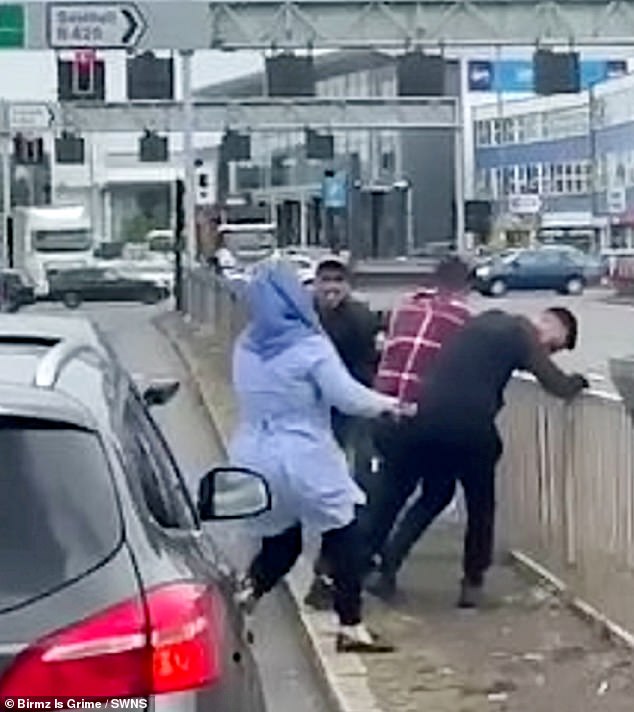 The mobile phone footage, which was obtained by Birmz Is Grime, has racked up tens of thousands of views after being uploaded to social media.

Web users were quick to praise the brave woman’s actions for splitting up the brawl which took place on one of the main commuter routes into Birmingham.

One person wrote: ‘Makes a change to see people not using weapons, but that is the lamest fight I’ve ever seen.’

A second person said: ‘The driver stood his own despite it being two on one. Shocking scenes to see in broad daylight.’

Another commented: ‘Birmingham’s lawless streets at their finest once again.. Great way to promote our city lads. Embarrassing.’