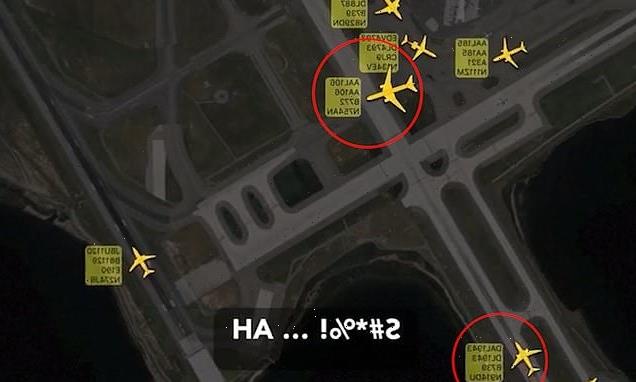 ‘Sh**, ah, f**k! Delta 1943 CANCEL TAKE OFF CLEARANCE!’: Officials investigate a horror near miss crash at JFK airport after American Airlines plane was seen crossing a runway as a Delta flight was about to take off

Officials are investigating a terrifying near-miss at New York’s JFK airport on Friday night between a plane that was crossing a runway and another that was preparing for takeoff.

An American Airlines plane was seen crossing the path of a Delta flight as it was about to take off – meaning the latter was forced to pull to a stop with 1,000 feet (0.3km) to spare.

Air traffic control noticed the potential runway incursion with only moments to go, ordering the Delta plane to abort its takeoff and come to a halt.

Delta Airlines’ departing Boeing 737 plane then came to a safe stop on the runway as the other crossed in front at around 8.45pm, the Federal Aviation Administration said in a statement. 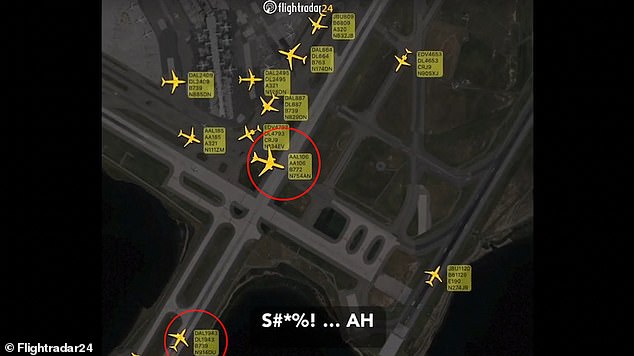 An American Airlines plane was seen crossing the path of a Delta flight as it was about to take off. Air traffic control exclaimed ‘s***!’ as they noticed the potential collision 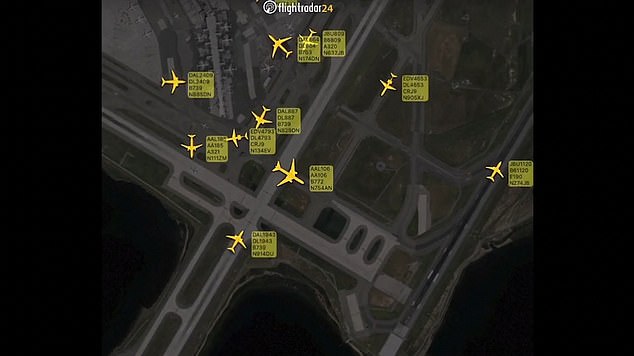 A video from Flightradar captured the dramatic moment that the two planes came close to a collision.

The recording was made by LiveATC, a website that monitors and posts flight communications.

‘Delta 1943 say intentions,’ the controller continues, before telling the plane to taxi. The plane had previously been cleared for takeoff.

The plane returned to the gate, where the 145 passengers and six crew members disembarked and were provided with overnight accommodation, a Delta spokesperson said.

The flight to Santa Domingo Airport in the Dominican Republic took off on Saturday morning instead.

The American Airlines flight to London Heathrow arrived in the UK on time on Saturday morning.

The Federal Aviation Administration said on Saturday that it will investigate.

Brian Heale, a passenger on the Delta flight, said at first he thought the abrupt stop was a mechanical issue. 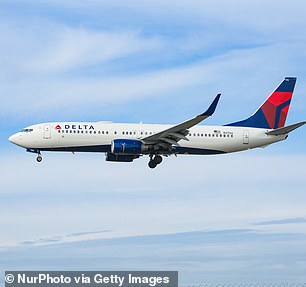 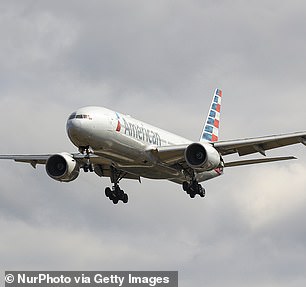 The Delta flight eventually took off to Santa Domingo Airport in the Dominican Republic the next morning, while the American Airlines flight arrived on time at London Heathrow on Saturday morning (file images) 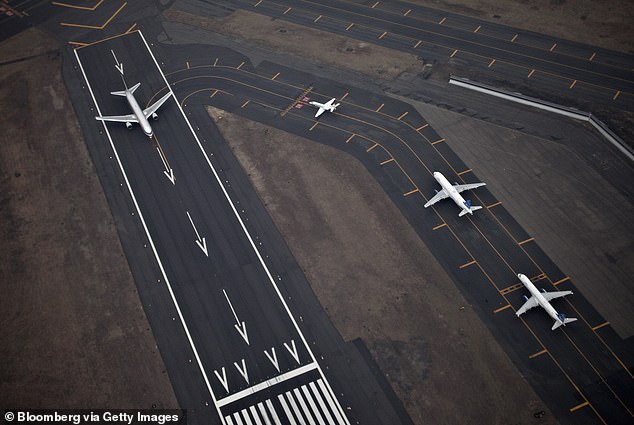 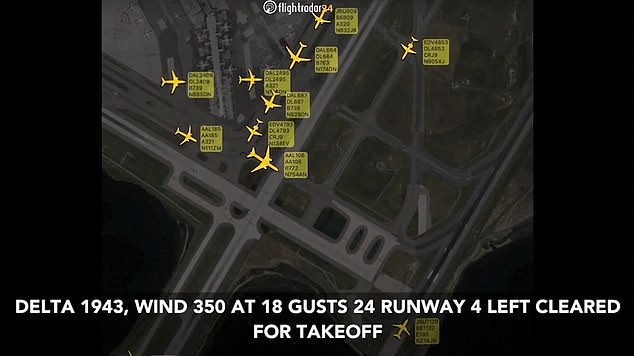 ‘There was this abrupt jerk of the plane, and everyone was sort of thrust forward from the waist,’ he recalled.

‘There was an audible reaction when the brakes happened, like a gasp. And then there was a total silence for a couple of seconds.’

Heale, who was traveling with his husband for their winter getaway to the Dominican Republic, said it wasn’t until he was scrolling on Twitter the next day that he realized the gravity of what could have happened on that runway.

‘The pilot made the call to only share information on a need-to-know basis, and that was absolutely the right call, because it would’ve been pandemonium,’ he said.

Former US Department of Transportation general Mary Schiavo told CNN that the incident fell into the ‘most serious category of runway incursions’ and that such occurrences are on the rise.

John Cox, a retired pilot and professor of aviation safety at the University of Southern California, said he thought the controller ‘made a good call to reject the takeoff.’ 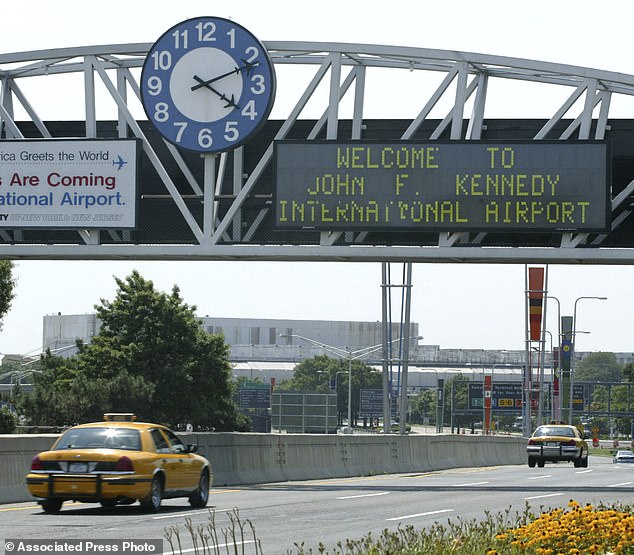 The Delta plane returned to the gate at JFK, where those onboard disembarked. Pictured: File image of the entrance to New York’s JFK airport 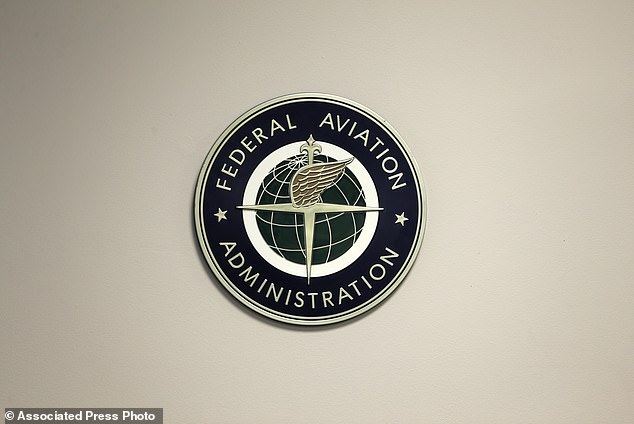 He said the rejected takeoff safety maneuver, which is when pilots stop the aircraft and discontinue the takeoff, is one they are ‘very, very familiar with.’

‘Pilots practice rejected takeoff almost every time they get to the simulator,’ he said.

The National Transportation Safety Board also said it was looking into the case.

‘They’ll go back and listen to every transmission between the American jet and air traffic control to see who misunderstood what,’ Cox said.

‘Delta will work with and assist aviation authorities on a full review of flight 1943 on Jan. 13 regarding a successful aborted takeoff procedure at New York-JFK.

‘We apologize to our customers for the inconvenience and delay of their travels,’ a Delta spokesperson said in a statement.

American Airlines would not comment on the incident and said it would defer all questions to the FAA.