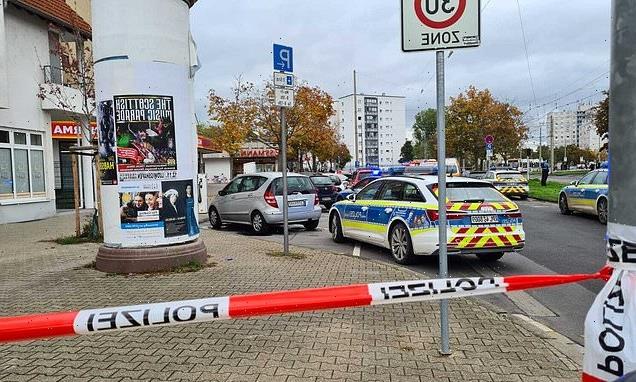 Two people have been killed and another has been injured in a horror stabbing spree in Germany.

The attacker, who is now in custody, started the frenzy in the city of Ludwigshafen and his motive remains unclear.

He fled the scene and officers fired shots at him in a dramatic chase before he was detained. 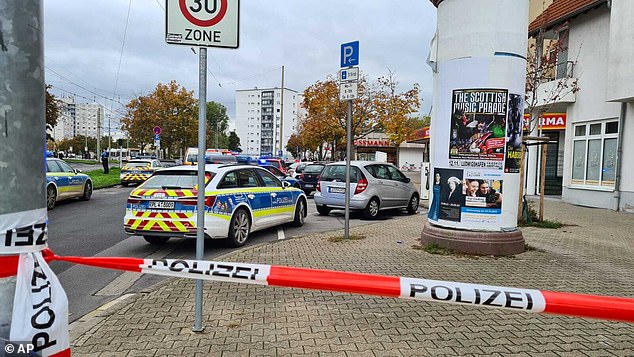 Two people have been killed and another has been injured in a horror stabbing spree in Germany (pictured: police at the scene)

He was shot in the process and it is not yet clear how serious his injuries are.

First accounts indicated that ‘an individual had attacked another with a knife’, said police in a statement.

The crime scene has been cordoned off and there is no danger for the public, they added.

Germany has been hit in recent years by deadly knife attacks, some carried out by extremists and others by people suffering from serious psychological problems.