TWO million European citizens have applied to stay in the UK ahead of the October 31 Brexit deadline, figures reveal.

A total of 1,860,200 applications were made to the Government's EU Settlement Scheme by September 30. 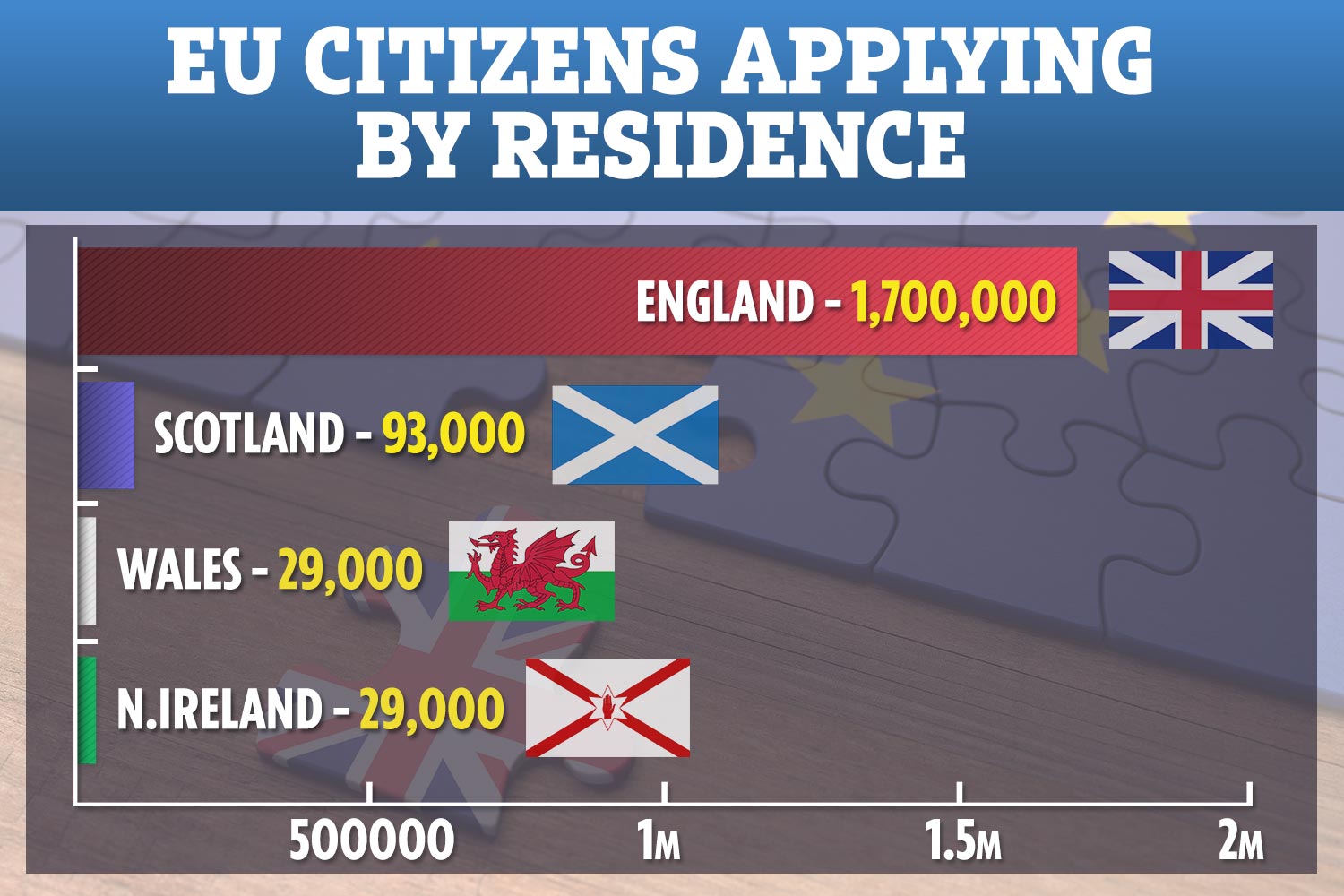 The number included nationals and relatives from the EU, the European Economic Area (EEA) and Switzerland.

But as Brexit draws ever closer, the total of those applying to stay in Britain has shot up to two million, Home Office figures reveal.

More than half-a-million applications were received in September alone.

Poles, Romanians and Italians were the three highest applicants to the scheme, which allows people to live and work in the UK, use the NHS, study and access public funds and benefits.

What is the EU settlement scheme?

From March 30, 2019, people have been able to apply for the EU Settlement Scheme.

Anyone currently living in the UK who is an EU citizen need to apply by June, 30 2021 to be allowed to stay.

Successful applicants will be given either settled, after five years, or pre-settled status before that time.

Anyone who doesn't apply by this deadline when they should have will no longer be living in the country legally.

People need to fill a form online or use a smartphone app online compatible with Android.

Applicants will need a valid EU passport or identity card.

They will also need a recent photograph, a national insurance number if there is one, proof of residence.

The price of applying for settled status had been set at £65 for adults and £32.50 for children. But this has now been scrapped and there is no charge. 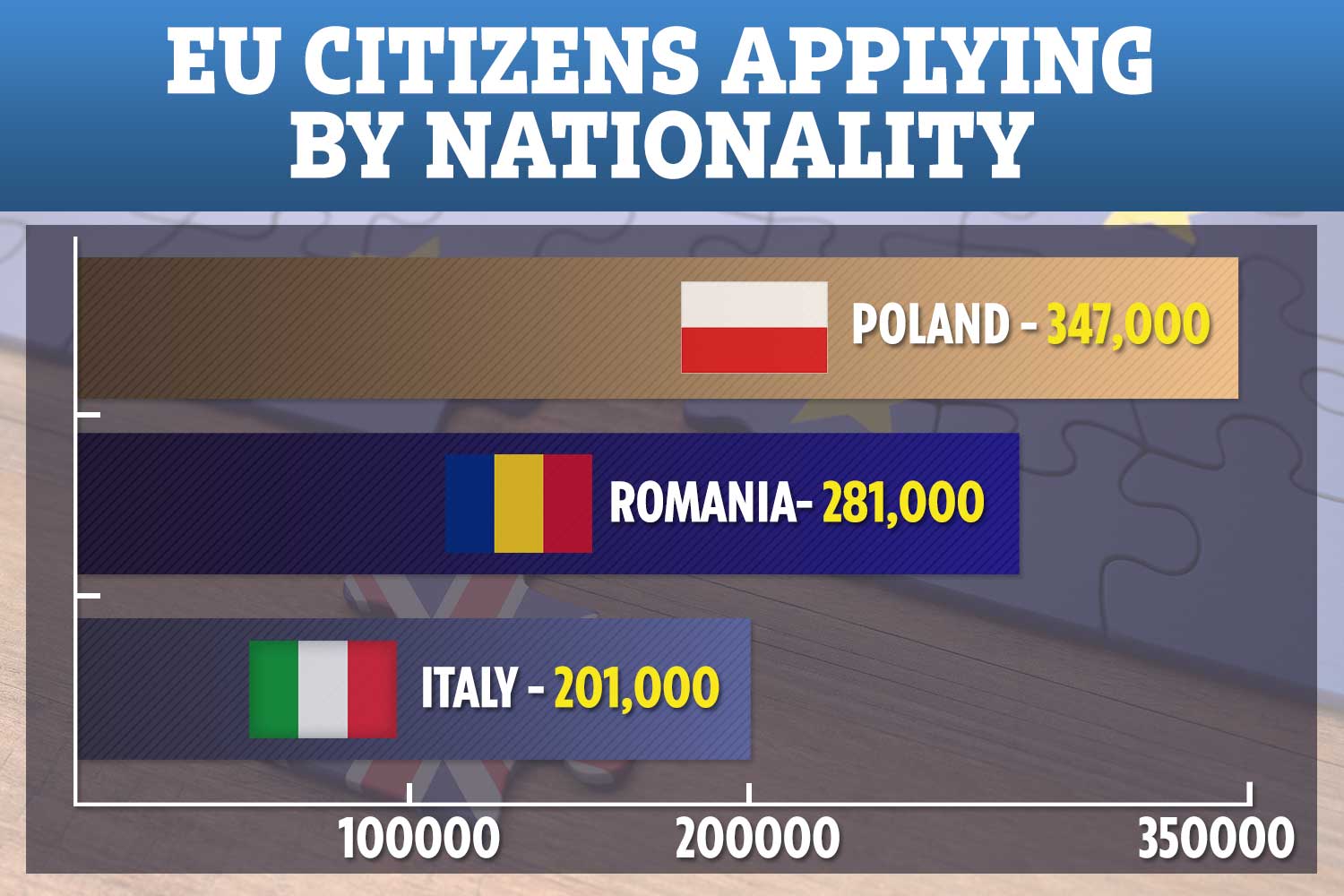 The total number of applications finalised by the end of September was more than 1.5 million with 61 per cent granted full settled status.

A further 38 per cent were given pre-settled status, which can be applied to be updated once someone has lived in the country continuously for five years.

Just two applications were refused on "suitability grounds", according to the statistics.

Around 88,500 eligible applications were received from people living outside the EEA, which covers Iceland, Liechtenstein and Norway.

The EU Settlement Scheme allows non-EEA relatives of EEA and Swiss citizens who all currently live in the UK under EU law to apply and obtain a status.

EU citizens and their families have until at least December 2020 to apply.

Home Office minister Brandon Lewis said: "EU citizens are our friends, family and neighbours and we want them to stay."