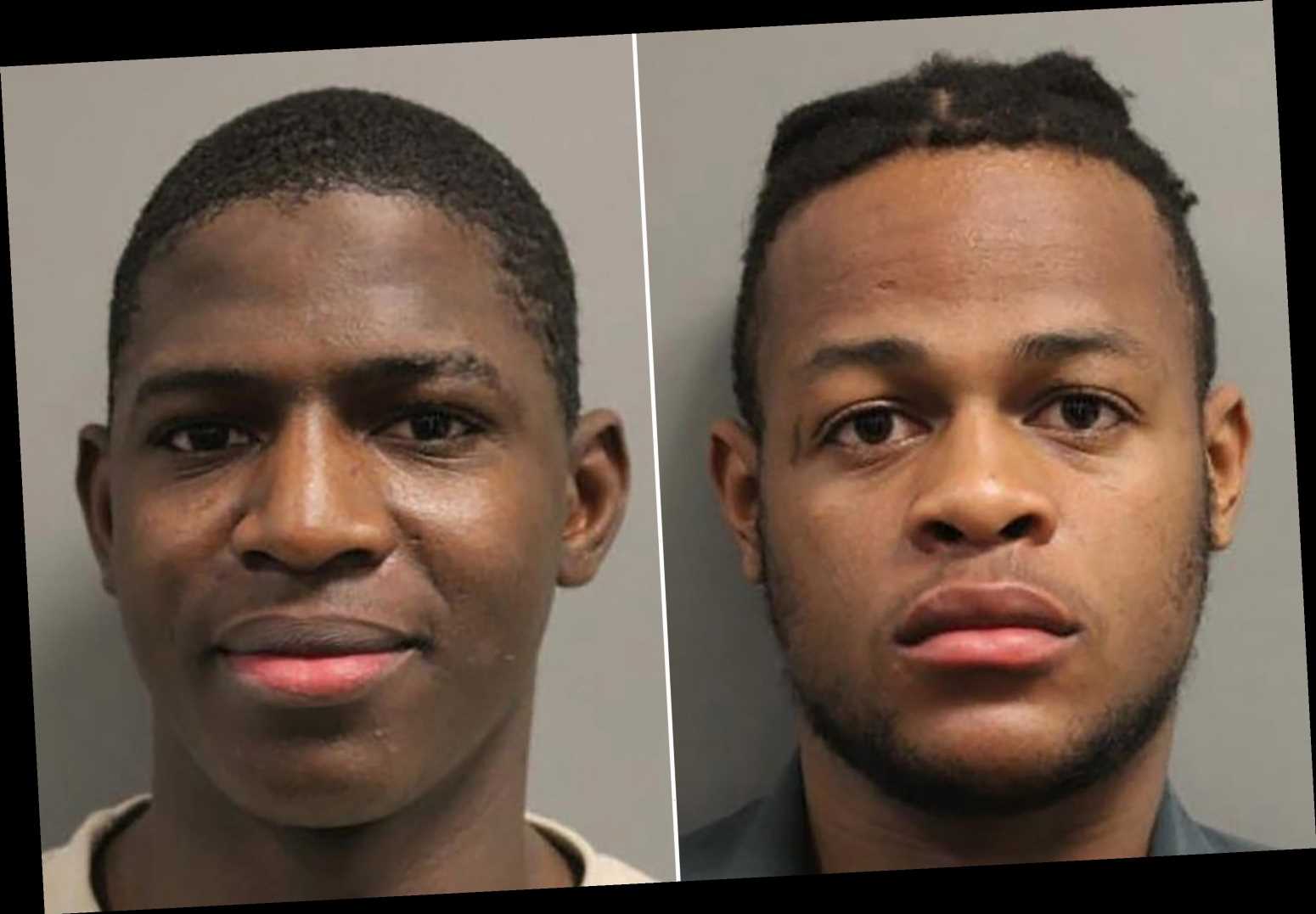 Dad blasted in the baby-maker in hilarious gender reveal fail

Two brothers staged a stabbing in their Maryland kitchen — complete with a puddle of bogus blood — and then summoned a crowd of cops and paramedics to the scene as a social media stunt, police said Thursday.

The prank was revealed when the “stabbed” brother, Denidson Jean, 21 — who was getting first aid from a cop — suddenly sat up from the fake-blood-drenched floor, police said.

“He told the officer that this was a prank for social media,” the local Fox affilliate reported.

First responders had rushed to a house in suburban Silver Spring after a 911 caller said two brothers had been fighting inside — and that one had stabbed the other in the neck.

Denidson was lying on the floor holding a bloody T-shirt to his neck when the first cop got there, police said.

A bloody kitchen knife was resting on the counter near the sink — and Denidson’s brother, Pierre, was standing over him saying, “I didn’t mean to.”

Four other residents who were apparently not in on the prank were also in the home screaming and crying, police said.

The brothers soon ‘fessed up that there was a digital camera attached to the kitchen light, and that they hoped to post the gag on social media, police said.

Denidson and his brother Pierre were arrested at the scene on Feb. 8 on charges of knowingly causing a false call for an ambulance and making false statements to an officer.

“The suspects created a dangerous and chaotic scene for the officers and other residents in the home, and we are fortunate that no one was hurt or injured during this situation.”