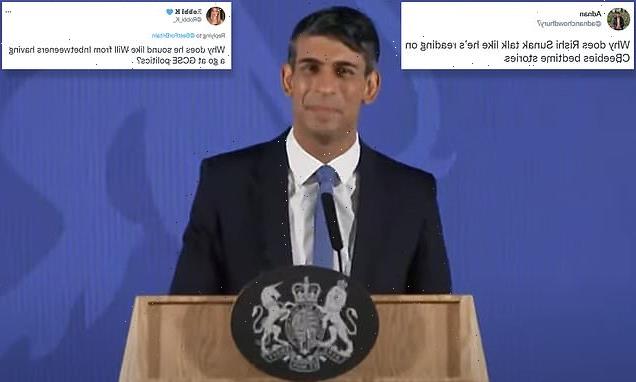 ‘Done in the style of a Cbeebies presenter!’ Britons compare Rishi Sunak’s voice to Will from The Inbetweeners and poke fun at him for sounding like he’s ‘reading a bedtime story’ while delivering his first big speech as Prime Minister

Prime Minister Rishi Sunak has been compared to a ‘CBeebies presenter’ who assumed the electorate were all aged four.

The PM, in his first major domestic speech since replacing Liz Truss at Number 10, attempted to slice into Labour leader Sir Keir Starmer’s 20-point lead in the opinion polls.

Speaking in East London, Mr Sunak stood in front of a blue background which provided ample opportunity for technically proficient jokers who could digitally manipulate the  broadcast.

Environmental campaigner Brendan May tweeted: ‘Mate, you are the leader of a G7 economy not a CBeebies presenter; please stop assuming all voters are four years old.’ 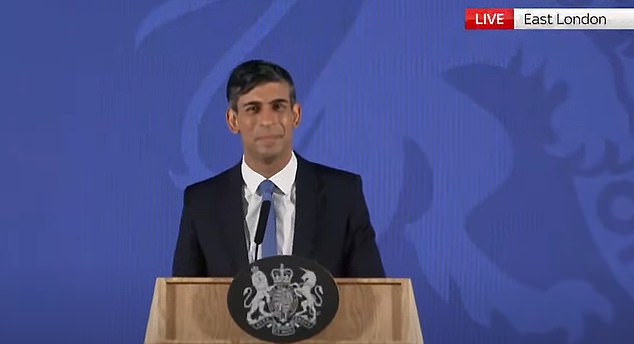 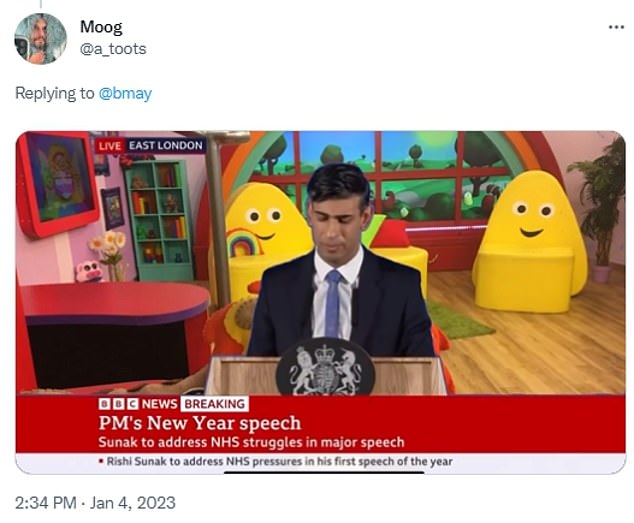 LBC presenter Shelagh Fogarty addressed the PM’s speech during her show. She described the address as ‘dull and boring’ claiming it could have been subbed down to five minutes.

She added: ‘He does have the tendency to sound like a head boy in tone, and at worst a Cbeebies bedtime story reader.’

Kate Henaghan-Sykes continued the analogy: ‘Rishi Sunak is giving this speech like we are all children and this is a Cbeebies bedtime story. Please finish by saying, if you don’t honour your promises you will calll a general election. We will all live happily ever after that, I’m sure.’ 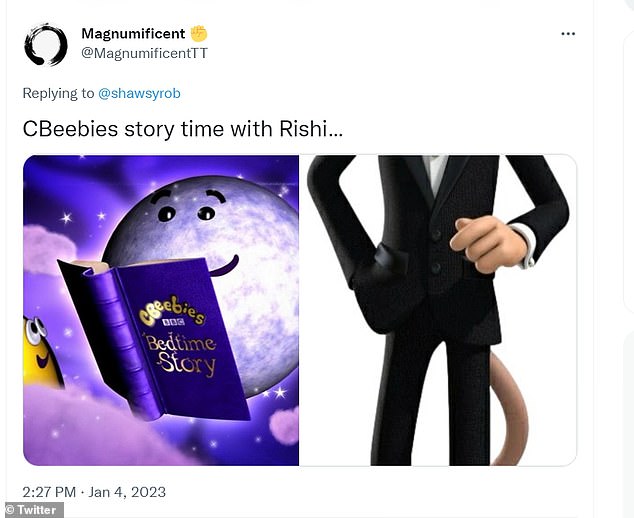 Others compared him, uncharitably, to the head boy of an ‘overpriced public school’ addressing an assembly, though many social media users drew comparisons between the Prime Minister and Will – the main character from comedy series The Inbetweeners.

An older Twitter user said Mr Sunak sounded like a Jackanory presenter. Jackanory was on the BBC between 1965 and the mid 1990s.

Other people said he had the manner of a ‘supply teacher’ and someone trying to read ‘Roald Dahl to an A-Level statistics class’.