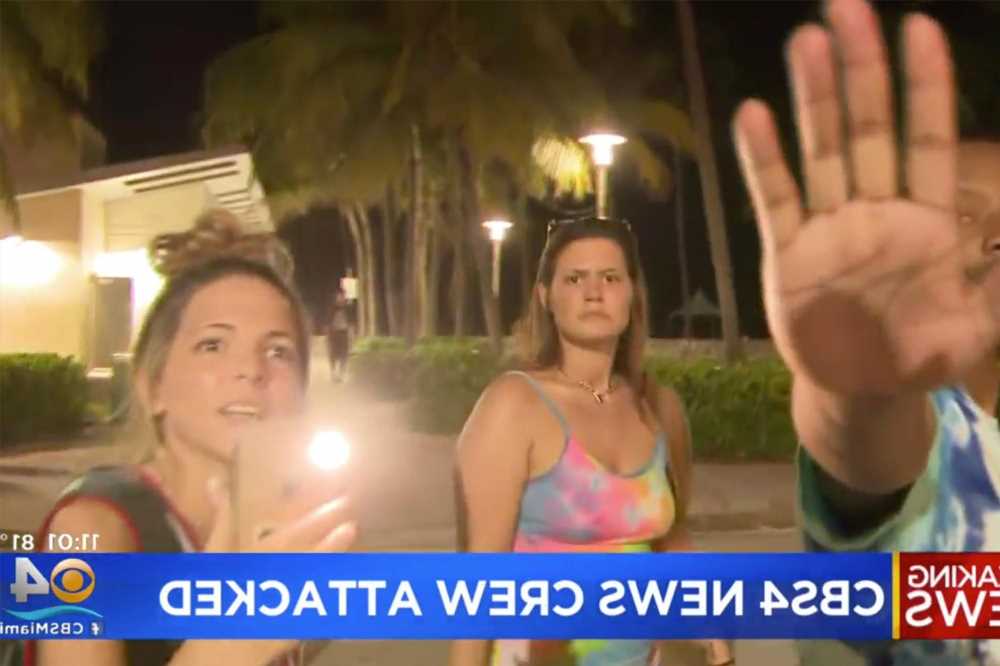 The crime beat hit a little too close to home for a Miami news crew Wednesday night when they were attacked while reporting a story about increasing lawlessness on South Beach.

CBS Miami reporter Bobeth Yates told anchor Eliott Rodriguez in a live report on the station’s 11 p.m. newscast that she and photographer Ebenezer Mends were “doing fine” physically, but were “really shaken up, to be honest with you.”

“I’ve been reporting for a very long time — I don’t want to date myself, but about 20 years — and I’ve never been attacked like this on a story,” Yates said.

The reporter explained that she and Mends were gathering material for a story on Miami Beach city officials voting to move last call up three hours to 2 a.m. beginning May 22 in an effort to crack down on public disturbances. At around 9 p.m., Yates and Mends happened upon a fight between two groups of people. One of the groups approached Mends and demanded he stop filming, which the photographer refused to do.

Video aired by CBS Miami shows one man repeatedly putting his hand over the camera lens. At another point, a woman hits the camera with an open hand while calling the crew “snakes.”

“They started really coming on to Ebenezer and attacking him,” Yates recalled on air. “At one point, maybe four or five people surrounded him. At that point, I kind of got involved and tried to push them back. They kind of hit me, then went over my head to attack Ebenezer and the camera.”

Yates added that at one point the group “threw a bottle of liquid — I believe some sort of alcohol because it was literally burning our skin, my eyes, at some point in that whole process.” She also confirmed that the station’s equipment suffered “some damage.”