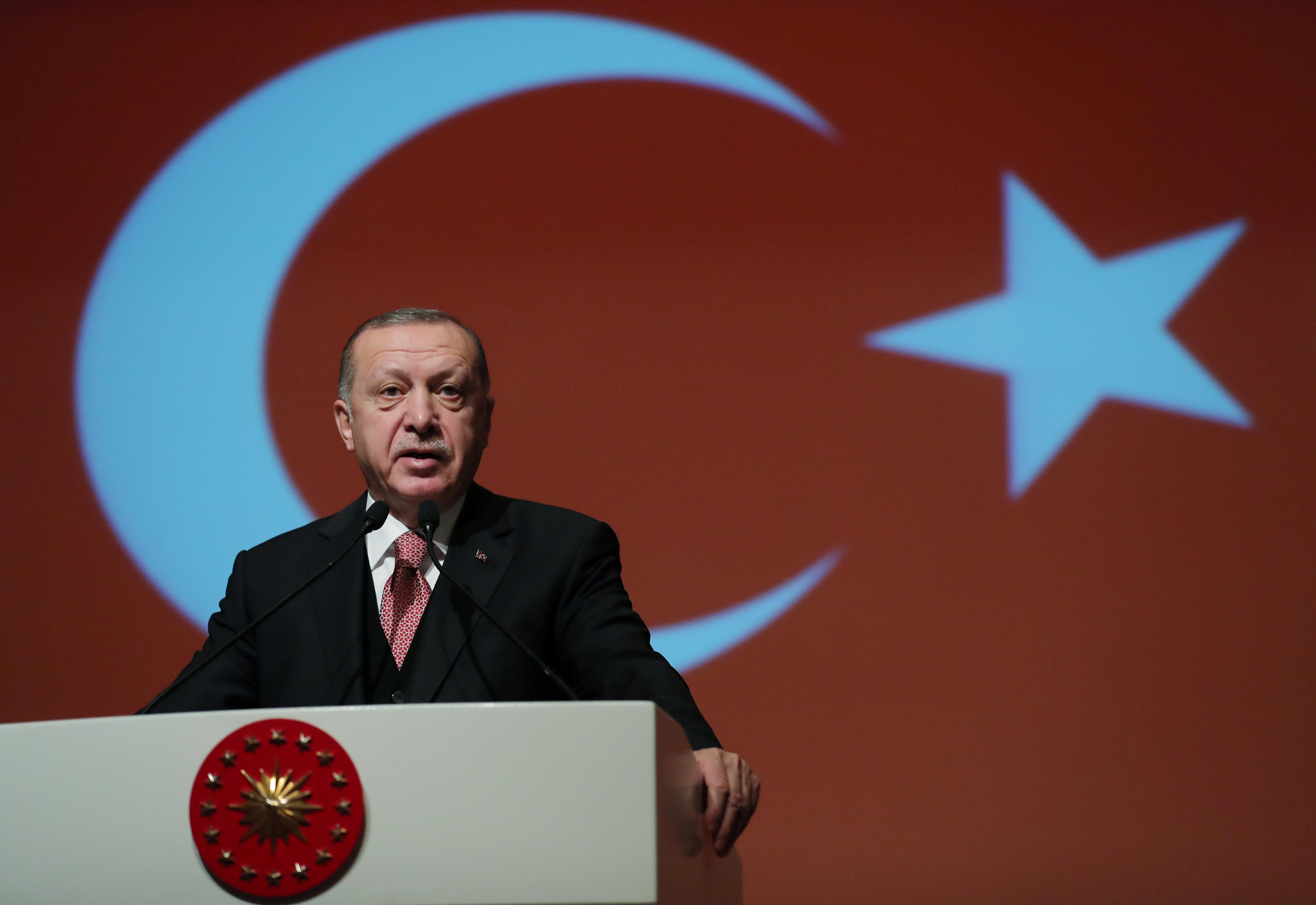 ISTANBUL (Reuters) – Turkey expects a “safe zone” to be in place in Syria along the Turkish border within a few months and only Ankara can establish it, President Tayyip Erdogan said on Friday.

In a speech in the eastern province of Erzurum, Erdogan said a 1998 agreement with Syria allowed Turkey to enter Syrian territory when it faces threats. He added that it was out of the question for an international coalition to form the safe zone.