Tua Tagovailoa is getting closer and closer to being cleared from concussion protocol. According to NFL Network's Tom Pelissero and Ian Rapoport, the Miami Dolphins quarterback will return to practice and start throwing on Wednesday for the first time since his injury, and could possibly be cleared from the protocol by the end of the week.

Since the injury, Tagovailoa has consulted with four independent specialists, including the top sports concussion neurologist and the top neuropsychologist.

Over the weekend, he began to increase his rehab work to include cardio and strength training. Wednesday's return to the field is part of the protocol progression as part of "non-contact sports-specific activity," which includes throwing.

Tagovailoa sustained his concussion at the start of Week 4, when the Dolphins took on the Cincinnati Bengals on Thursday Night Football. In the second quarter, Tagovailoa was slammed hard to the turf during a play. His hands and fingers locked up, which is a neurological response to brain trauma. He was kept down on the ground on his back and eventually stabilized on a board, and an ambulance came onto the field to take him to the hospital. He was replaced in the game by backup QB Teddy Bridgewater.

He was diagnosed with a concussion, but was released from the hospital and able to fly home with the team that night.

Tagovailoa has been in the concussion protocol ever since, but he's moving in the right direction. The return to practice is a great sign that he's closer than ever to getting back onto the field. However, even though he may be cleared from the protocol by the end of the week, it's reportedly highly unlikely that Tagovailoa will play when the Dolphins face the Minnesota Vikings on Sunday. He'll have returned to practice and meetings just days before, and that's a pretty quick turnaround for somebody who is recovering from a head injury.

With Tagovailoa out and Bridgewater also in the protocol after sustaining a hard hit in Week 5, head coach Mike McDaniel said rookie Skylar Thompson would start at QB against the Vikings.

The Dolphins are planning to start Skylar Thompson this week, per McDaniel.

Thompson entered last week's game after Bridgewater entered the concussion protocol. He completed 19 of 33 passes for 166 yards, and also threw an interception and lost a fumble. 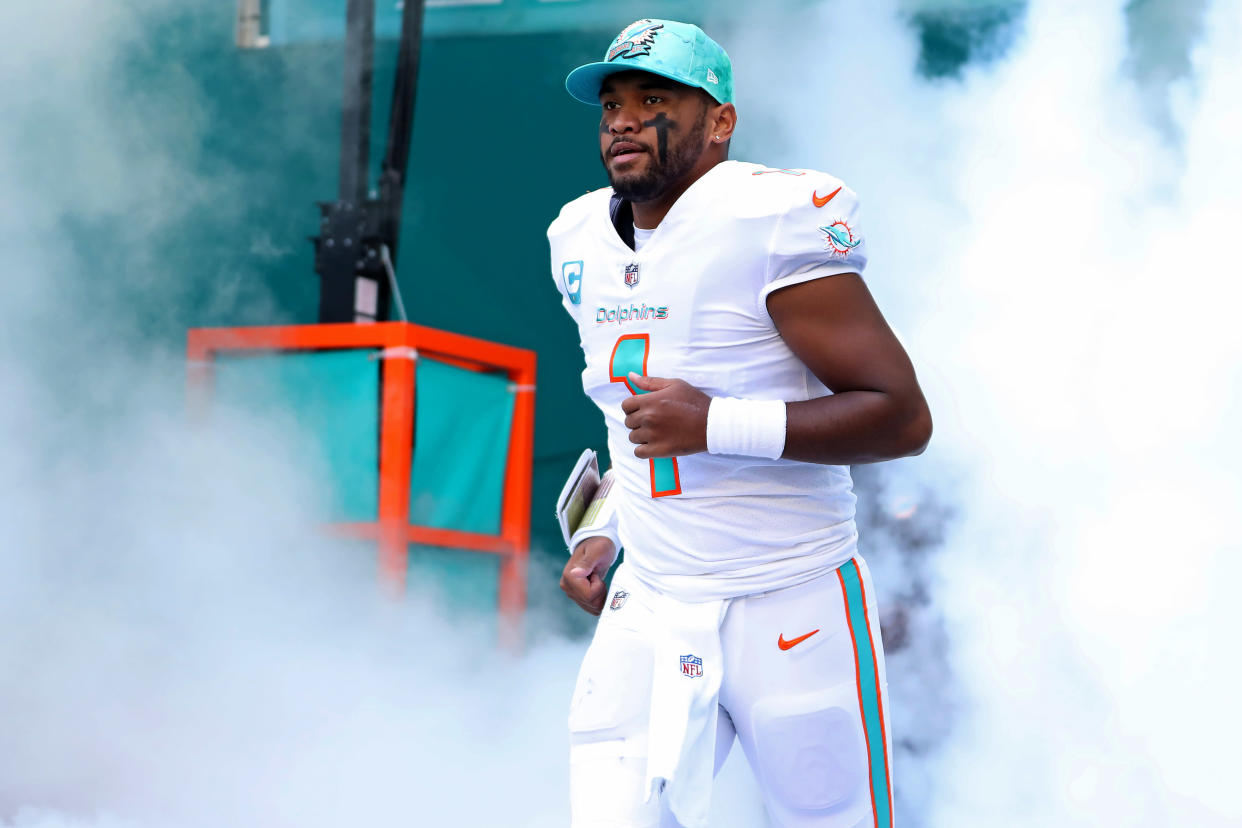