PRESIDENT Donald Trump has insisted he is still "fighting hard" to overturn the "stolen election" despite Joe Biden starting his transition into the White House.

The president today shared a link to a story about a poll showing that 79 percent of Trump voters believe the "election was stolen". 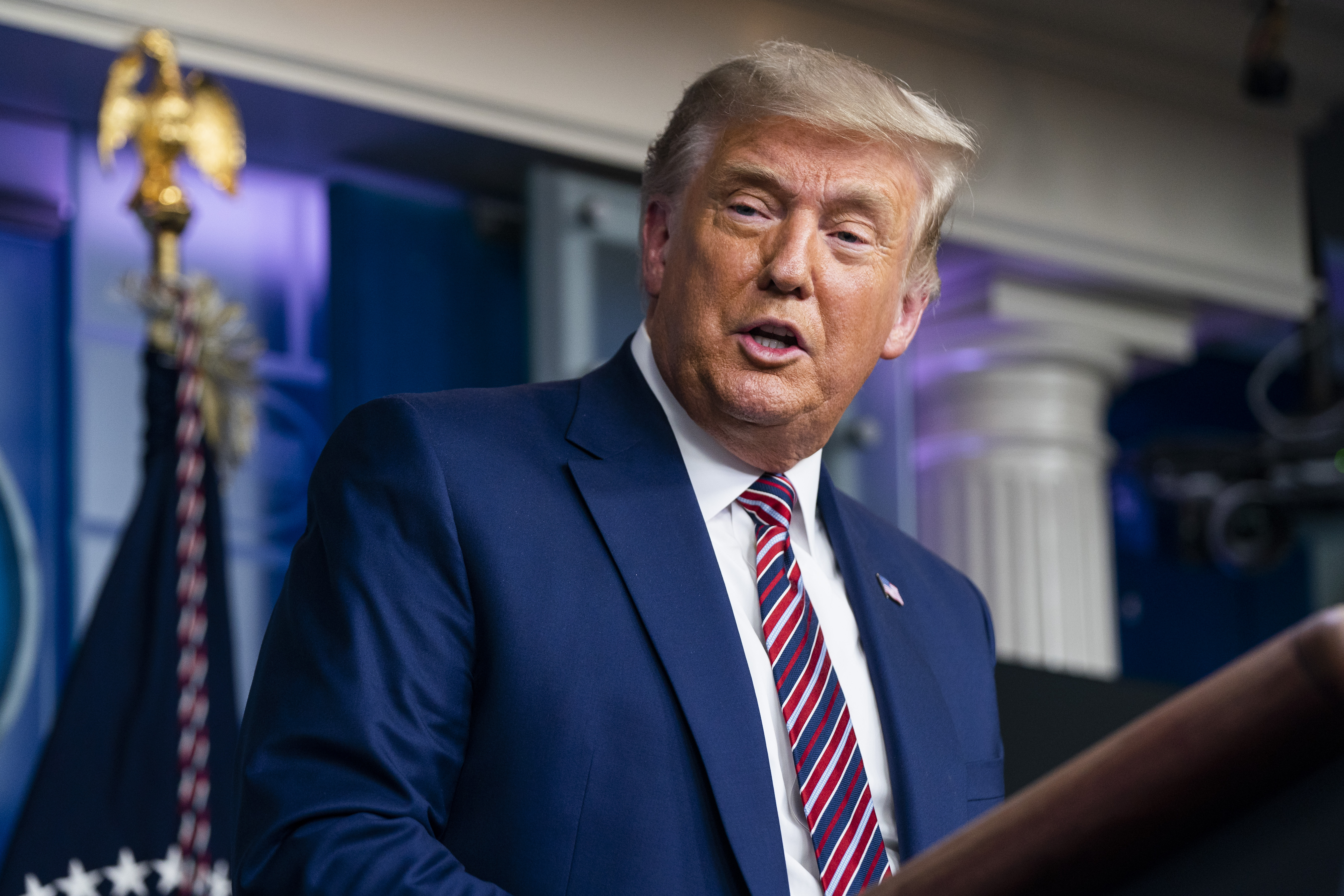 Trump wrote to Twitter:"They are 100% correct, but we are fighting hard.

"Our big lawsuit, which spells out in great detail all of the ballot fraud and more, will soon be filled. RIGGED ELECTION!"

The poll being referred to was the 2020 Voter Priorities Survey conducted by POLITICO and reported on by Breitbart News.

The number of voters surveyed online from November 10 to November 19 were 1,500. 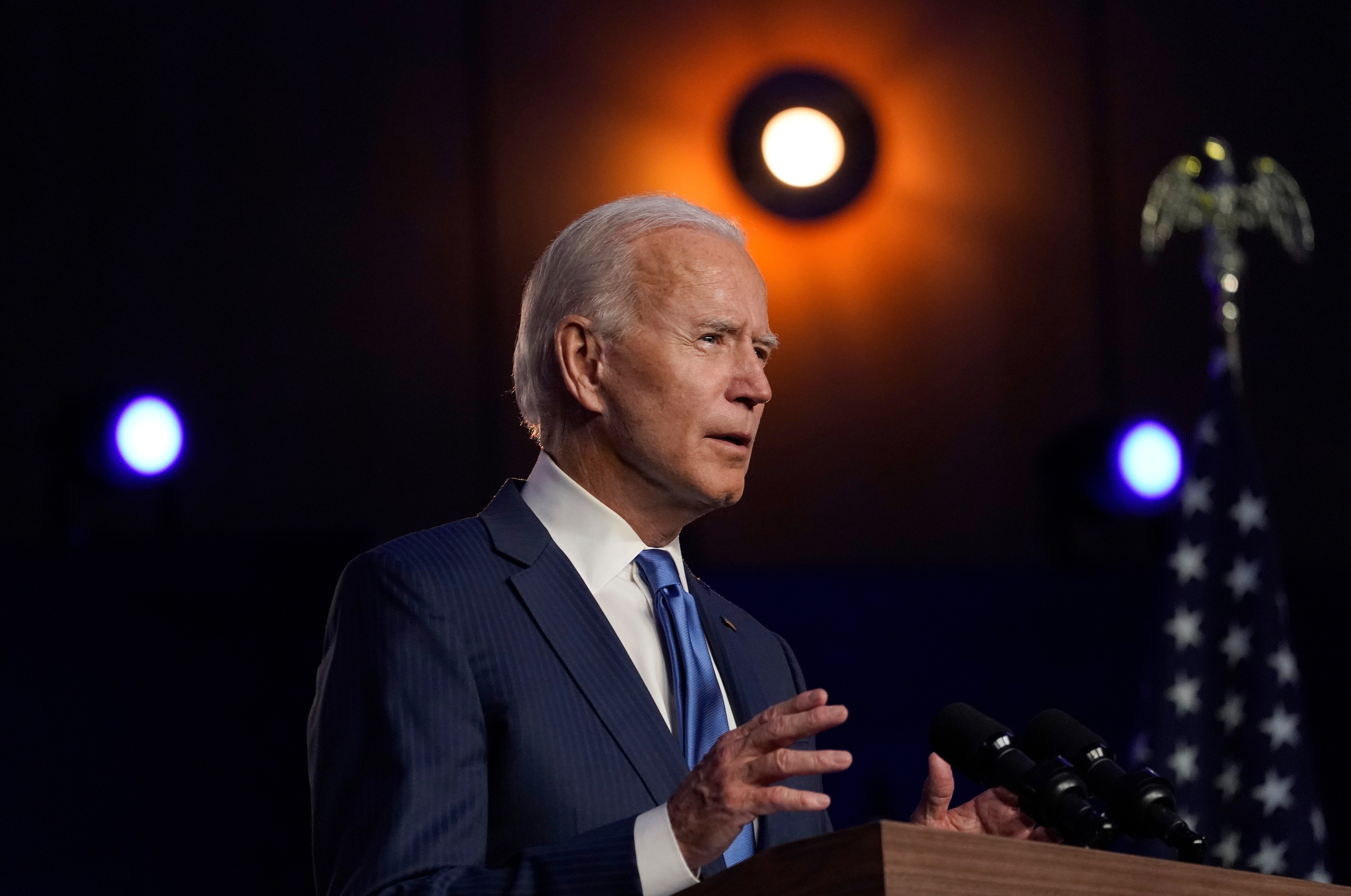 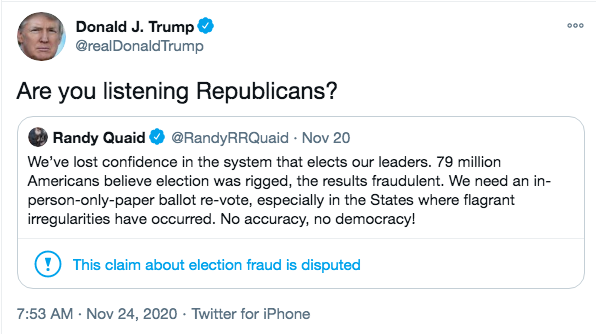 Survey results showed that 21 percent of Trump voters have confidence that the US presidential election was fair and 79 percent believe it was "stolen."

Meanwhile, 83 percent of Trump voters believe "the media is the enemy of the people."

On the contrary, 72 percent of Biden voters believe the media plays an important role in our democracy.

Approximately 20 minutes after Trump commented on the survey, he wrote in a followup tweet: "Are you listening Republicans?"

He retweeted a post shared by actor Randy Quaid from last week, which read: "We’ve lost confidence in the system that elects our leaders.

"We need an in-person-only-paper ballot re-vote, especially in the States where flagrant irregularities have occurred. No accuracy, no democracy!

The tweets come as Trump has allowed the formal transition process with Biden to begin – but vowed to "prevail" with his election fight.

The White House General Services Administration (GSA) contacted President-elect Biden on Monday to signal the beginning of the handover, more than two weeks after election day. 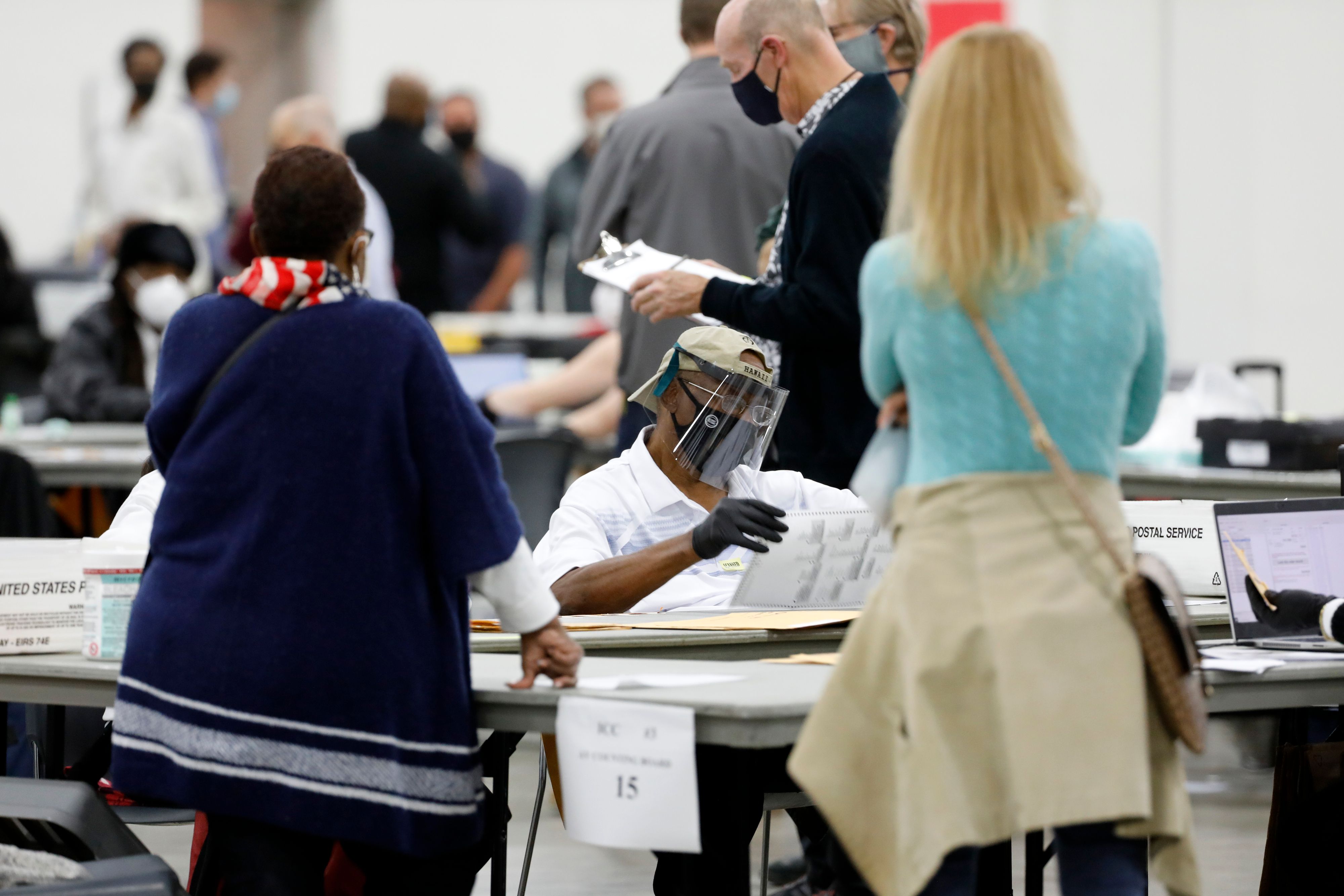 It means the President-elect will now become party to the daily security briefing and be able to communicate with the country's Covid-19 task-force.

Emily Murphy, chief General Services Administrator, wrote to Biden that had been judged the "apparent winner" of the election.

Murphy notably did not write that the Democrat had been "ascertained" the winner of the election.

Trump tweeted shortly after to thank the GSA chief for her "steadfast loyalty and dedication to our country."

But he added: "I believe we will prevail! Nevertheless, in the best interest of our Country, I am recommending that Emily and her team do what needs to be done with regard to initial protocols, and have told my team to do the same." 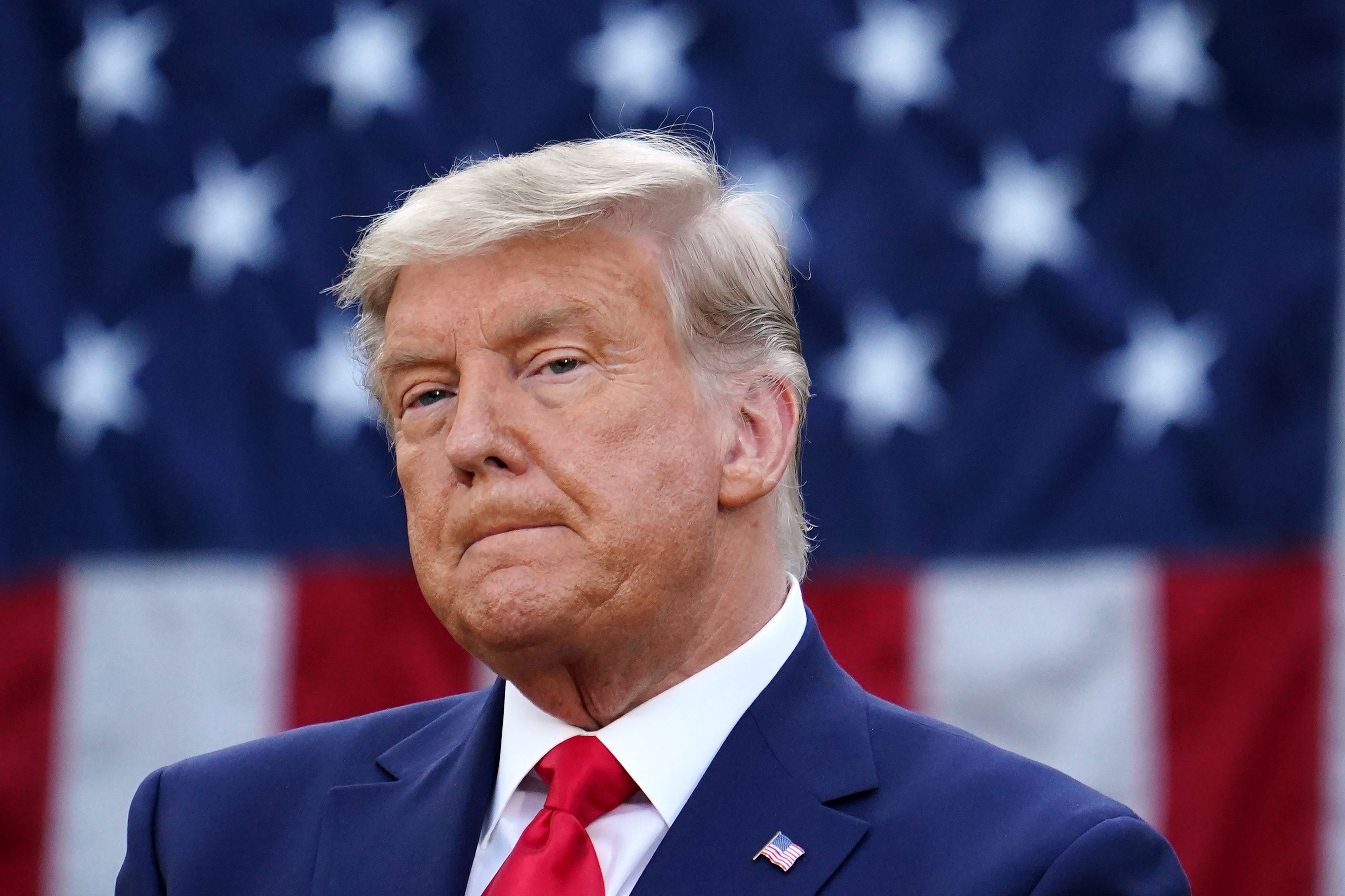 Hours after the letter was released, Trump took to twitter again to say his team will never concede and brand the election "corrupt."

He also brought up the lawsuits his campaign team has filed in contested states.

"What does GSA being allowed to preliminarily work with the Dems have to do with continuing to pursue our various cases on what will go down as the most corrupt election in American political history?" Trump asked.

"We are moving full speed ahead. Will never concede to fake ballots & 'Dominion'", the president added – referring to a voting tech company his campaign has claimed – without evidence – was compromised by Venezuela.

Trump vowed to continue with his campaign's legal battles to overturn the election result – which Republicans have argued, also without evidence, was fraudulent.