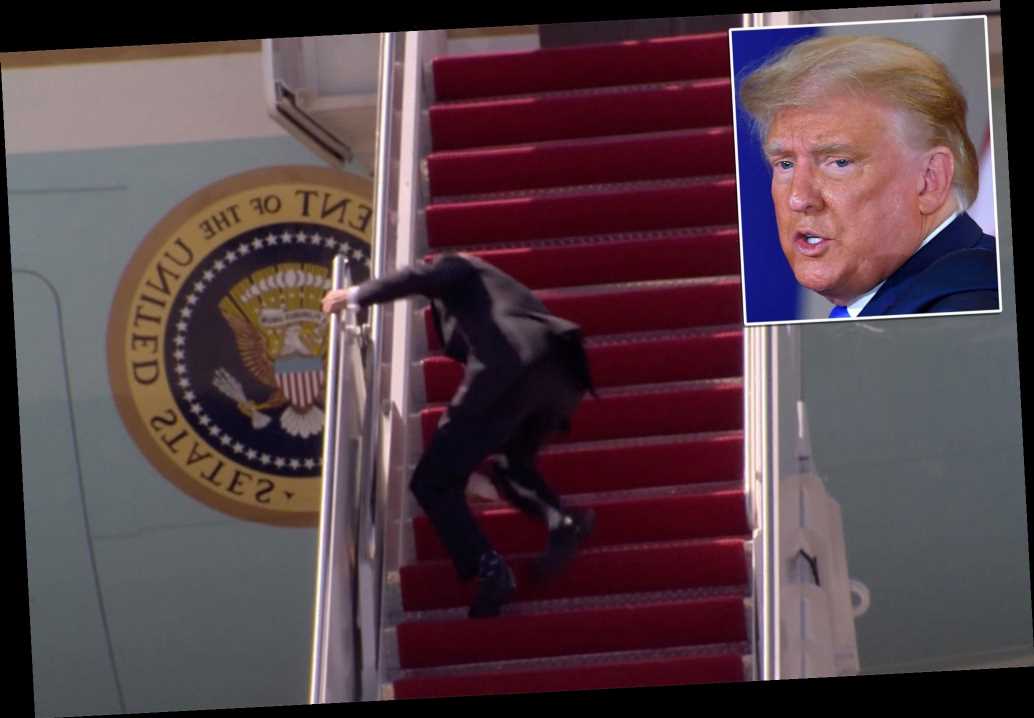 Biden, Harris to meet with Asian American leaders in Atlanta after spa shootings

Former President Donald Trump on Monday said that he expected President Biden’s fall on the steps of Air Force One — and that he also believes Biden’s mental state may be diminished to the point that he may not understand what he’s signing, opening the door to Kamala Harris replacing him.

“I expected it, actually,” Trump said in a Newsmax interview about Biden falling three times up the stairs of Air Force One on Friday.

“When I went down the ramp at West Point, which was like a sheet of ice with no railing, no nothing — great planning — I wanted to go inch by inch because the last thing I want to do is take a tumble like Biden did. Now that tumble was terrible and it wasn’t really one, it was three.”

Trump told Newsmax host Greg Kelly that he believes that Biden may also be in mental decline and too confused to read the papers he signs containing presidential dictates.

Trump frequently said during the presidential campaign last year that Biden, 78, is “gone” mentally and taunted that Democrats were interested in using the 25th Amendment to replace him shortly after the election with Harris. 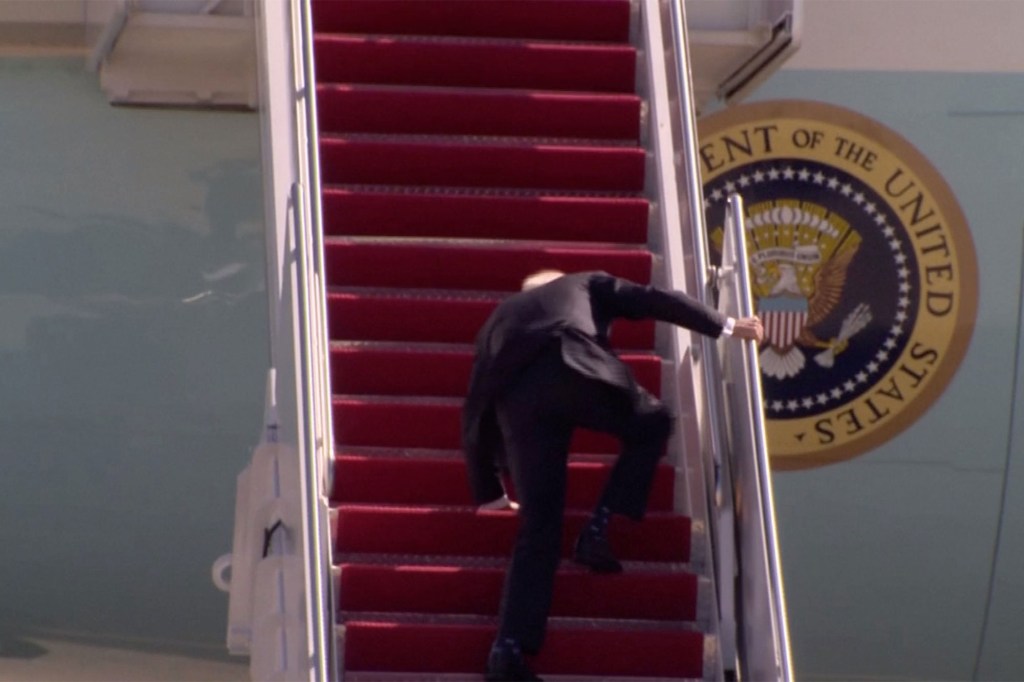 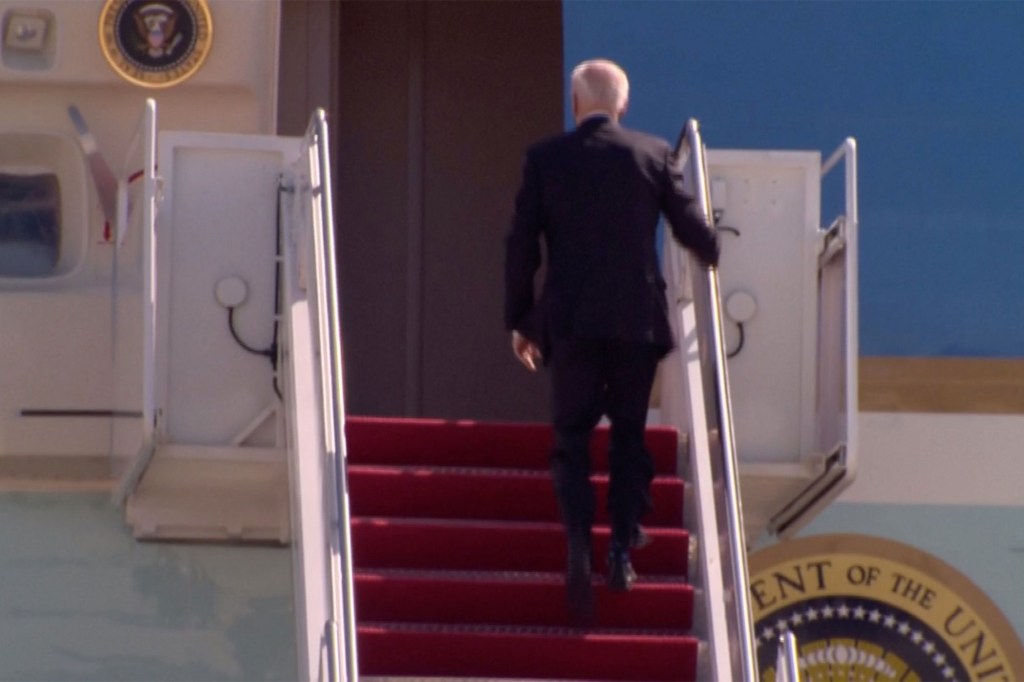 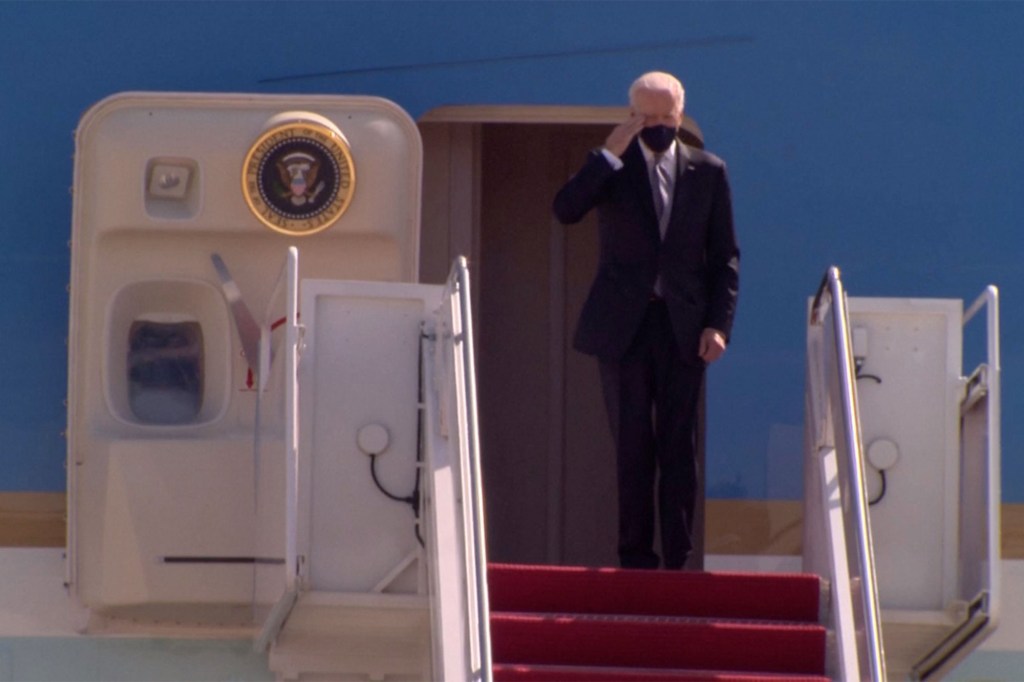