Washington: President Donald Trump said on Friday that his lawyers are preparing a "major Counter Report" in response to expected findings from special counsel Robert Mueller's investigation into possible coordination between Russia and Trump's 2016 campaign. 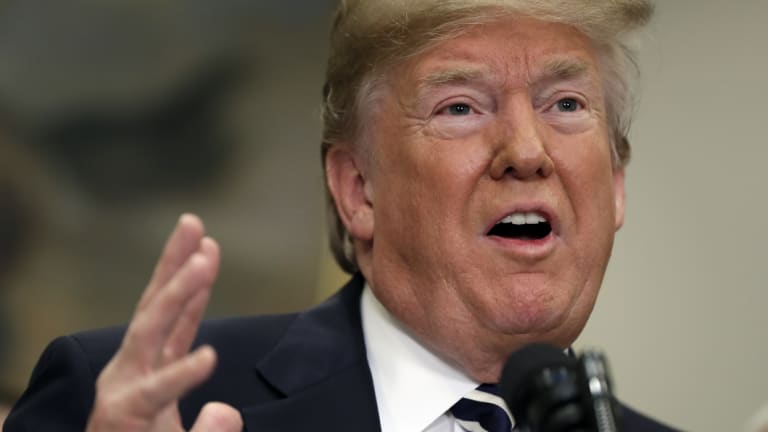 Trump confirmed the plan in a spate of angry morning tweets in which also took fresh aim at Mueller and his legal team, accusing them of conflicts of interest and overzealous prosecutions that have "wrongly destroyed people's lives."

"We will be doing a major Counter Report to the Mueller Report," Trump said. "This should never again be allowed to happen to a future President of the United States!"

The president's confirmation of the plan appears to have been spurred by reports that his personal lawyer, Rudy Giuliani, and others were doing little to prepare to rebut Mueller, who is also looking at whether Trump has obstructed justice.

Trump said 87 pages had already been written, adding, "obviously cannot complete until we the see the final Witch Hunt report." 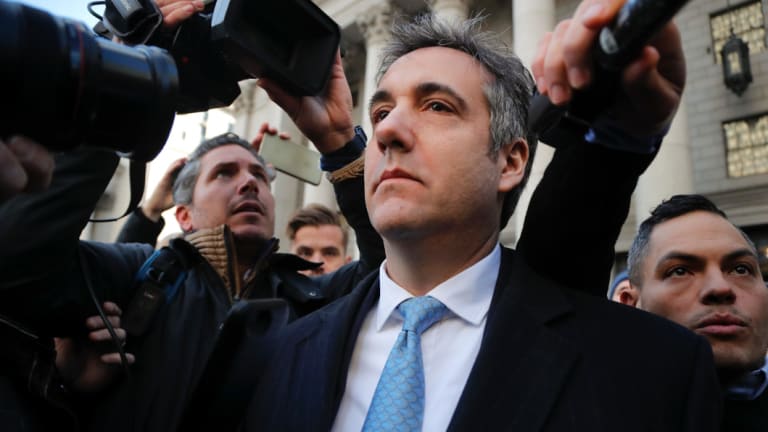 Michael Cohen, President Donald Trump’s former lawyer, pleaded guilty to lying to Congress about work he did on an aborted project to build a Trump Tower in Russia.Credit:AP

His earlier tweets seeking to undercut Mueller's credibility came ahead of expected court filings from prosecutors that could shed more light on the scope of an investigation that has become increasingly perilous for the president.

Filings by prosecutors from both New York and the Trump-Russia special counsel's office laid out for the first time details of the cooperation of former Trump lawyer Michael Cohen, a vital witness who once said he'd "take a bullet" for the president but who in recent months has become a prime antagonist and pledged to come clean with the government.

Federal prosecutors said on Friday that Cohen deserves a substantial prison sentence despite his cooperation with investigators. He is to be sentenced next week, and may face several years in prison.

Among other matters, they said Manafort lied about his interactions with a political consultant who had ties to Russian intelligence, and about interactions with Trump administration officials even after Manafort was indicted in late 2017.

In a half-dozen tweets on Friday morning, Trump aired many familiar grievances, including an accusation that Mueller was ignoring "corruption" by Democrats and would produce a "Republicans only Report."

Among other things, Trump also alleged that one of Mueller's conflicts of interest was being "Best Friends" with former FBI Director James Comey, whom Trump referred to as "Leakin' Lyin' James Comey."

Comey and Mueller, both veterans of the Justice Department, have known each other for more than a decade and have said they respect one another, but associates of both men say they are not personal friends and did not socialise outside work functions.

Both men were registered Republicans for most of their adult lives.

Trump fired Comey last year as he was investigating possible coordination between Trump's campaign and Russia. The firing has been scrutinised by prosecutors as they examine whether the president has obstructed justice.

Trump also went after Andrew Weissmann, a top Mueller lieutenant who has led the prosecution of Manafort. The former Trump campaign chairman has been convicted of tax evasion and fraud charges related to his past work consulting for a Russian-backed political party in Ukraine.

Trump wrote that Weissmann has a "horrible and vicious prosecutorial past" and that he "wrongly destroyed people's lives, took down great companies" and is "doing same thing to people now."

Weissmann's career stretches back decades, during which he pursued mobsters, Enron executives and white-collar criminals. During that time, he earned a reputation as an aggressive prosecutor, one particularity effective at flipping witnesses to provide evidence against others.

Trump's tweets also questioned the choice of a prosecutor who has been probing the actions of Jerome Corsi, a right-wing author and conspiracy theorist.

Corsi provided research during the 2016 campaign to Roger Stone, a longtime adviser to Trump. For months, Mueller's team has been scrutinising Stone's activities to determine whether he coordinated with WikiLeaks or its founder, Julian Assange, in the release of hacked Democratic emails during the campaign.

"Wasn't the woman in charge of prosecuting Jerome Corsi (who I do not know) in charge of 'legal' at the corrupt Clinton Foundation?" Trump wrote, referring to the charitable foundation that was led by his 2016 opponent, Hillary Clinton, and members of her family.

The "woman" referenced by Trump is Jeannie Rhee, who, while in private practice, was among the lawyers who represented the Clinton Foundation in a lawsuit brought by Larry Klayman. Klayman is a lawyer now representing Corsi.