Washington: The White House is forging ahead with State of the Union preparations despite no commitment from House Speaker Nancy Pelosi to hold the annual address at the Capitol, further escalating the political tit-for-tat between the two leaders as the federal government remains partially shuttered.

President Donald Trump is preparing two versions of the speech – one that could be delivered in Washington and another that would be held somewhere else in the country, depending on the circumstance – according to a senior White House official. Meanwhile, the administration is trying to conduct advance work to prepare for an address in the House chamber, originally scheduled for January 29, even though Pelosi has the power to determine whether Trump can do so. 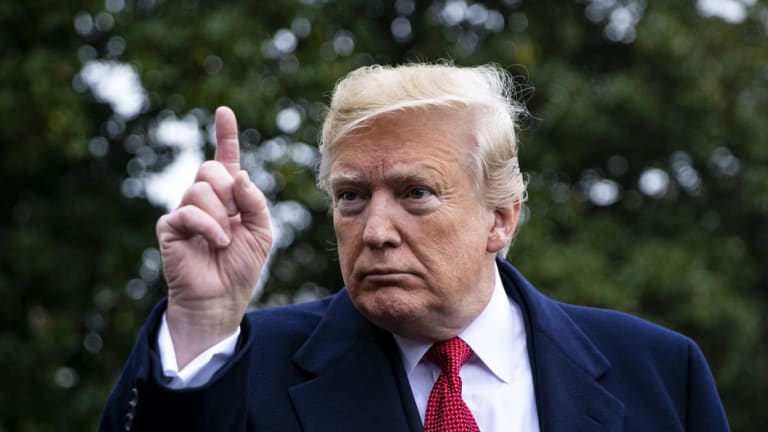 US President Donald Trump is reportedly preparing two State of the Union speeches, in light of the shutdown. Credit:Bloomberg

The ongoing battle over what is usually a mundane process is unfolding as little progress is being made toward ending the partial shutdown that began on December 22. The Senate on Tuesday, Washington time, teed up votes for later this week on dueling measures to reopen shuttered federal agencies, although neither bill is expected to advance.

"Nancy Pelosi does not dictate to the President when he will or will not have a conversation with the American people," a White House spokesman, Hogan Gidley, said Tuesday on Fox News. "The President has an incredible story to tell about how far we've come in this country economically, in a national security capacity."

Gidley accused Pelosi of "trying to play politics with that venue".

Last week, the House speaker sent a letter to Trump, requesting he postpone the State of the Union, citing security concerns related to the impact of the budget impasse on the Homeland Security Department. Postponing or cancelling the address during the shutdown standoff would also deny Trump the pomp and circumstance of the annual event where president's lay out their agenda for the coming year before a national audience.

It's unclear what options for venues the White House is exploring aside from the House chamber, where State of the Union addresses have been delivered since former president Woodrow Wilson's speech in 1913.

On Tuesday, the speaker of the North Carolina House of Representatives, Tim Moore, said Trump called him to thank him for offering the Raleigh legislature as a venue. Trump told Moore in the phone call Monday evening, which lasted for about 10 minutes, that his staff was still determining where the address would be delivered.

Trump also called Lee Chatfield, the speaker of the Michigan House of Representatives, who similarly offered up the chambers in Lansing.

"Thank you @realdonaldtrump for the great conversation earlier this AM and for your continued commitment to the Great Lakes State," Chatfield tweeted Tuesday. "I understand you have other plans for #SOTU, but as we discussed, I look forward to hosting you in Michigan again soon. Keep up the great work! @POTUS."

Republican officials are closely watching to see if Pelosi officially rescinds the invite, which was delivered to the White House on January 4. Pelosi has yet to do so, although neither the House nor the Senate have passed a required resolution that would allow the House chamber to be used for the speech. A spokesman for Pelosi did not respond a request for comment on Tuesday. 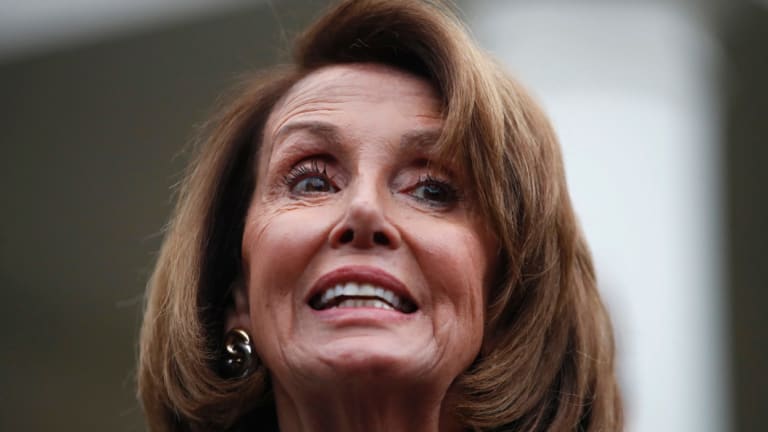 House Speaker Nancy Pelosi has made no commitment to hold the annual address at the Capitol.Credit:AP

If the speaker "actually pulls the plug on this, we'll follow up with everyone", a spokesman for Senate Majority Leader Mitch McConnell said Tuesday.

While underscoring that Pelosi has not formally canceled the event, Gidley said Tuesday that "there are many ways he can deliver the State of the Union".

The fight over the State of the Union – which led Trump to deny Pelosi use of a military plane for a trip to Afghanistan – so irritated McConnell that it prompted the majority leader to intervene in the shutdown standoff, which he previously said was up to the President and Democratic leaders to solve.

Believing Pelosi was boxed in by her caucus and unable to negotiate with Trump, McConnell coordinated a new shutdown strategy with the President to reopen the government, according to aides familiar with the discussions. In doing so, he went back on his word that he would only take up a bill to fund the government if it had the approval of both Trump and Democratic leaders. 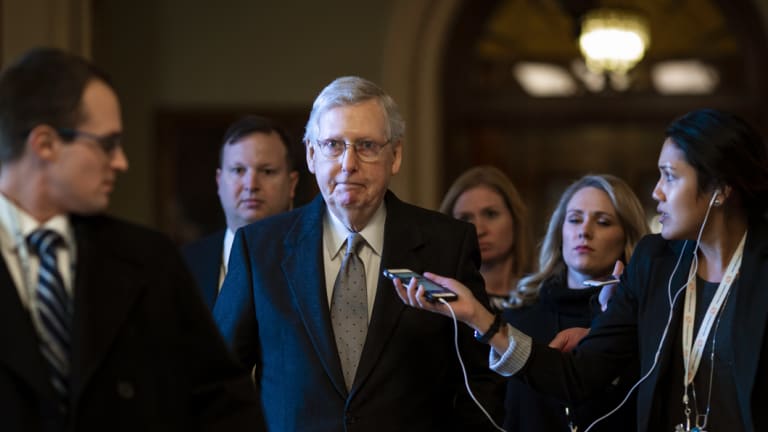 Senate Majority Leader Mitch McConnell, a Republican from Kentucky, after speaking on the Senate floor on Tuesday. Credit:Bloomberg

In an email to House officials sent Sunday afternoon, a White House staffer requested a walk-through from the House Sergeant-at-Arms to prepare for the presidential address next week. The White House asked to visit the House on Monday, which was a federal holiday honoring the Reverand Martin Luther King Jr. Much of the legislative branch was closed Monday.

"Checking on the postponed SOTU walk-through meeting from last week. Given that we have lost valuable time over the past week my team would like to reschedule the walk-through for this Monday, if at all possible," Bobby Peede, the White House's director of presidential advance, wrote in the email, obtained by The Washington Post. Fox News first reported on the existence of the message.

Peede added: "We understand that the House Chamber may not be available or be in session and would be happy to meet at any time, day or night. I appreciate all your and the SAA's help and assistance over the years and look forward to seeing you and your team this week."

That walk-through on Monday did not occur. Pelosi cancelled a planned walk-through that had been scheduled for January 16, a spokesman said.