DONALD Trump may continue campaigning AFTER Election Day if no clear winner emerges in the contest against Joe Biden.

A record number of voters are set to cast their ballot by mail this year amid the coronavirus pandemic, meaning that the results in some key battleground states might not be called on Tuesday night. 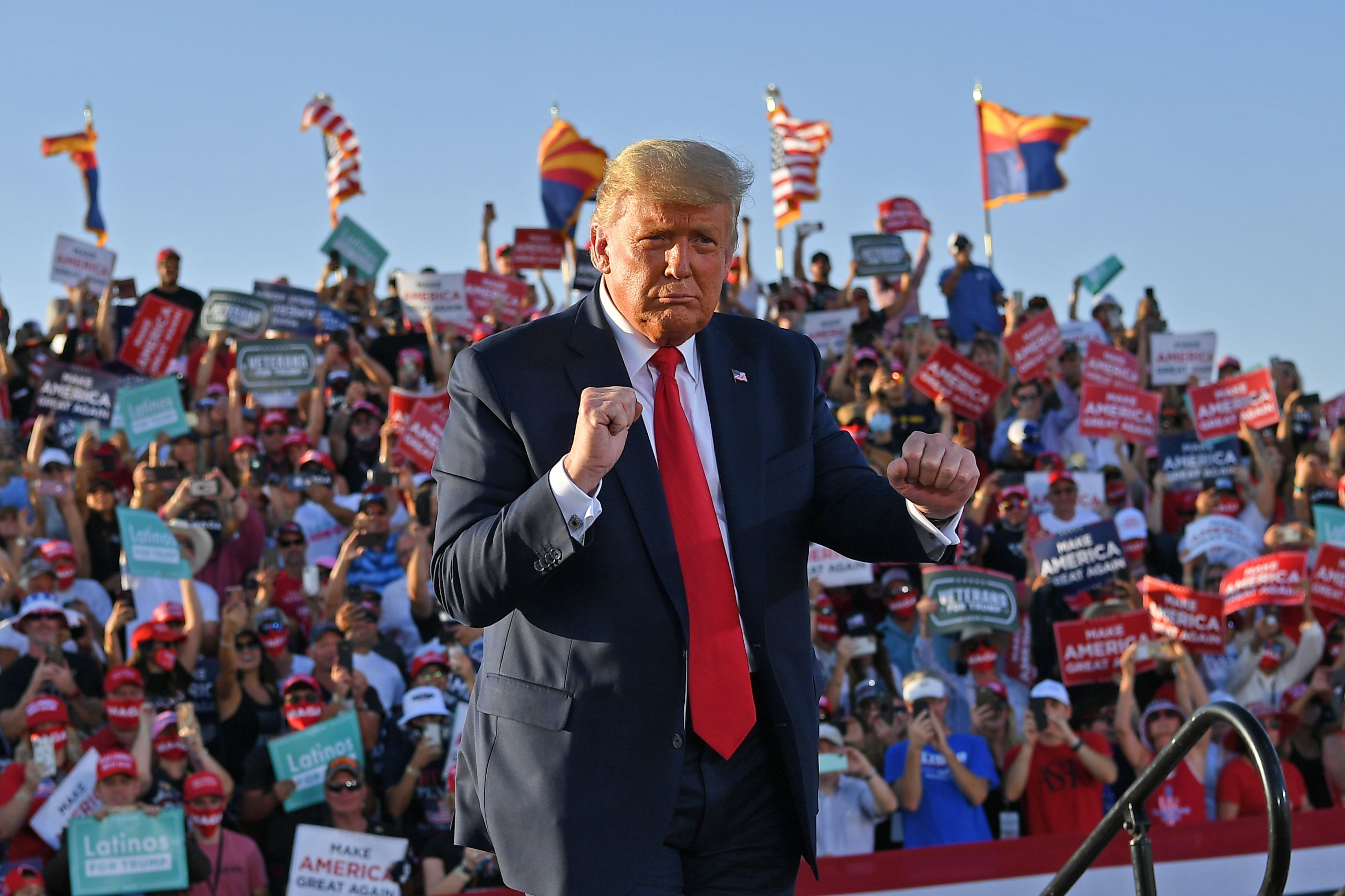 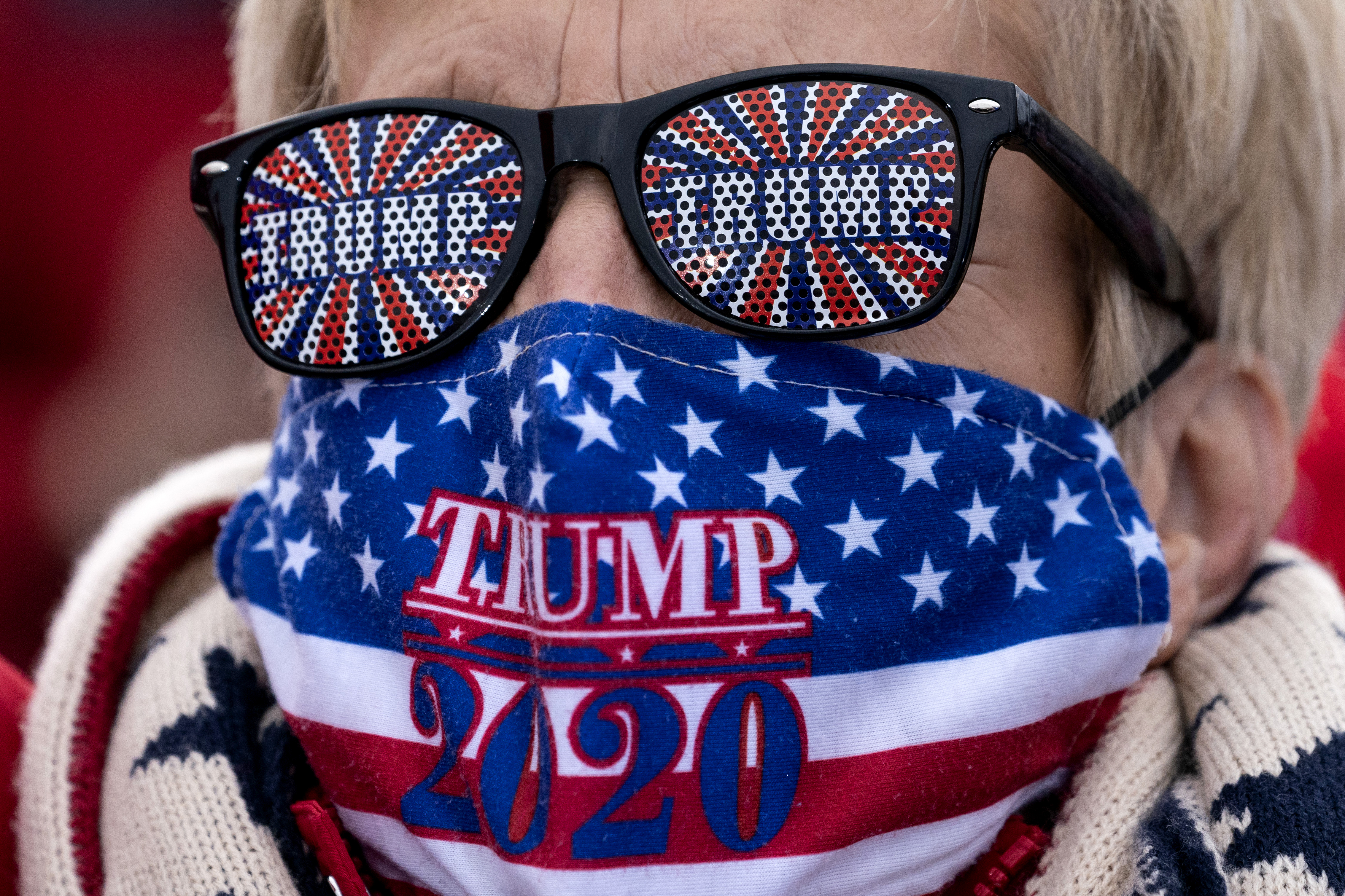 Campaign advisers have not ruled out additional campaigns as ballots continue to be counted past Election Day next week, according to reports.

"Don't miscount the fact that Trump will continue to do rallies while they're still counting votes," one adviser told Politico.

Advisers have been told to keep their schedules flexible for potential travel following the election.

"There's been discussions about travel opportunities for Trump and his family if we don't have a result on Election Day, but nothing definitive on where he would go or how many people we would deploy," an aide to the Trump campaign said.

“If we still don’t have results in Michigan and North Carolina or Pennsylvania and Nevada on Nov. 4, he might hit those states individually.”

In December 2016, the campaign embarked on a "thank you tour", visiting states that voted Republican including Ohio, Iowa, Michigan, Wisconsin and even Alabama.

The tour helped the president revel in the moment where his supporters chanted "lock her up" in reference to Hillary Clinton, as he enjoyed a victory lap with the likes of Hope Hicks, an adviser to the president, and former counselor Kellyanne Conway.

Yesterday, Trump warned of "bedlam in our country" if no clear winner emerges quickly in Tuesday's contest.

The Trump campaign announced on Friday that it would hold 14 rallies in the last three days of the election in Pennsylvania, Michigan, Iowa, North Carolina, Georgia and Wisconsin. 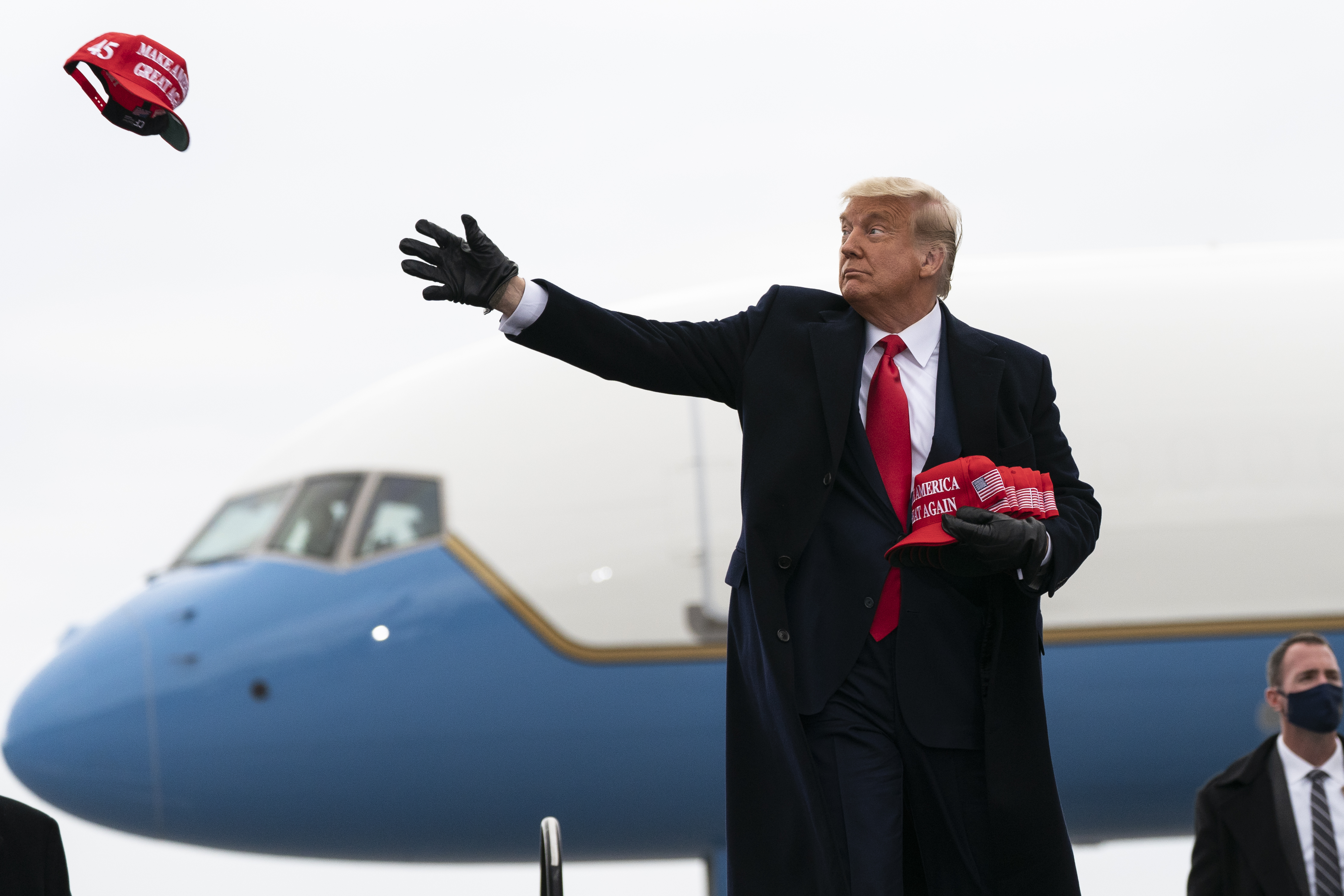 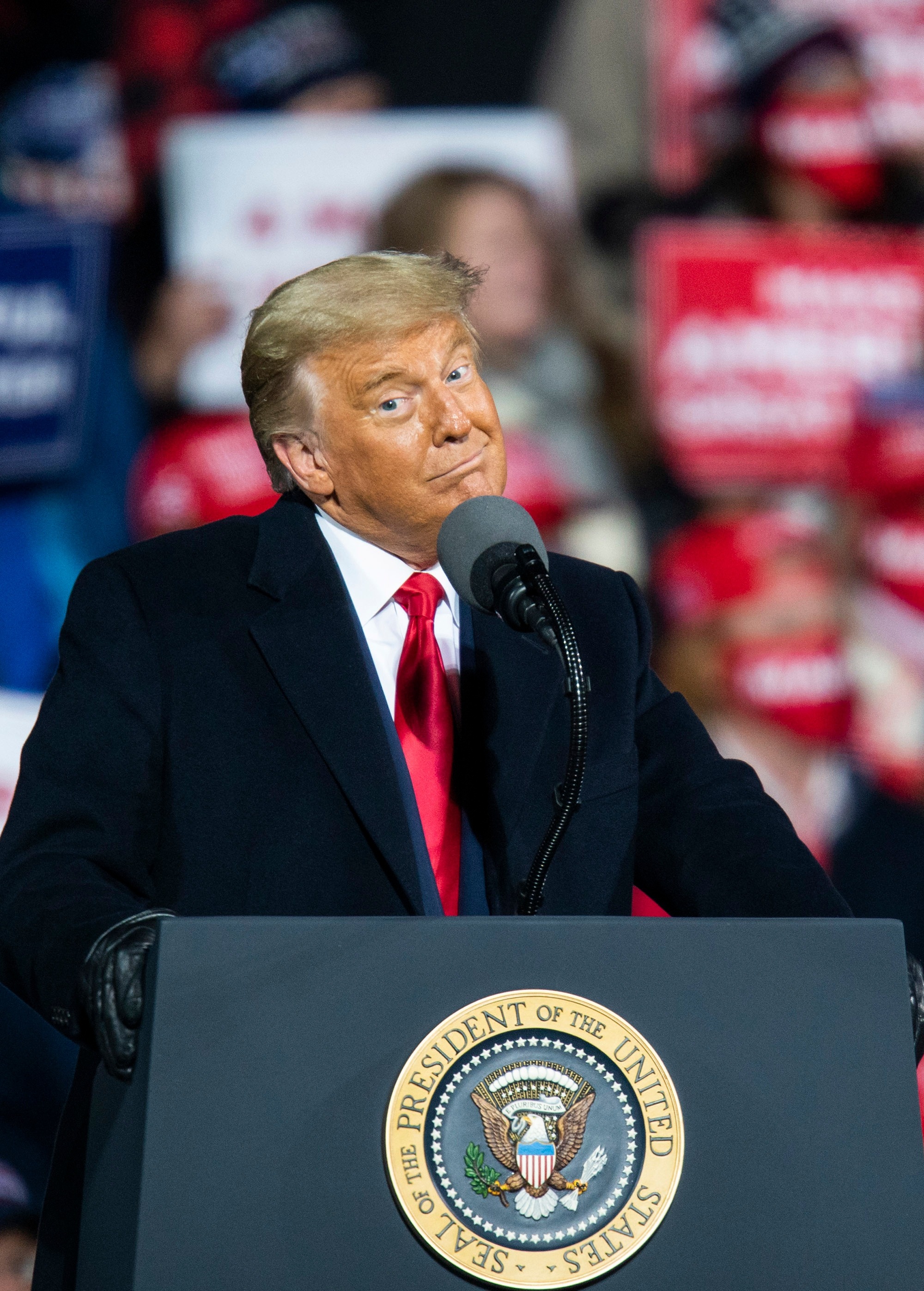 Today, the president has an exhausting Sunday schedule with successive rallies in Michigan, Iowa, North Carolina and Georgia before an unusual 11:00 pm rally in Florida.

On Monday, both Trump and Biden, as well as their running mates, will converge on Pennsylvania, which Trump won in 2016 by less than one percentage point.

Florida remains a toss-up while Joe Biden has a slight advantage in Pennsylvania, according to the final ABC News/Washington Post polls.

The incumbent president is ahead of his Democratic challenger in the Sunshine State by two points – 50 to 48 among likely voters, but well within the margin of error.

In Pennsylvania, the race stands at 51-44 in favour of Joe Biden, a seven point advantage for the Democrat compared to nine late last month.

Investor’s Business Daily’s survey – the results of which were released on Saturday – found that Biden is leading Trump by 4.8 points nationally, 49.5 per cent against 44.7 per cent, in a four-way poll of likely voters.

This was down from a 5.6 point advantage on Friday.

Biden has a narrow three-point edge in swing states – the six states decided by less than two points in 2016, according to the pollster.

In its analysis of the findings, IBD noted: "The Trump vs. Biden race may not hinge quite as much upon those swing states of Florida, Pennsylvania, Wisconsin, Michigan, Minnesota and New Hampshire if Biden pulls an upset in places like Arizona, Iowa or North Carolina.

"Trump also is competitive in Nevada, a blue state in 2016."

A record 92million early votes have already been cast, as the bruising campaign heads toward the biggest turnout in at least a century.

The U.S. Sun has approached the Trump campaign for comment. 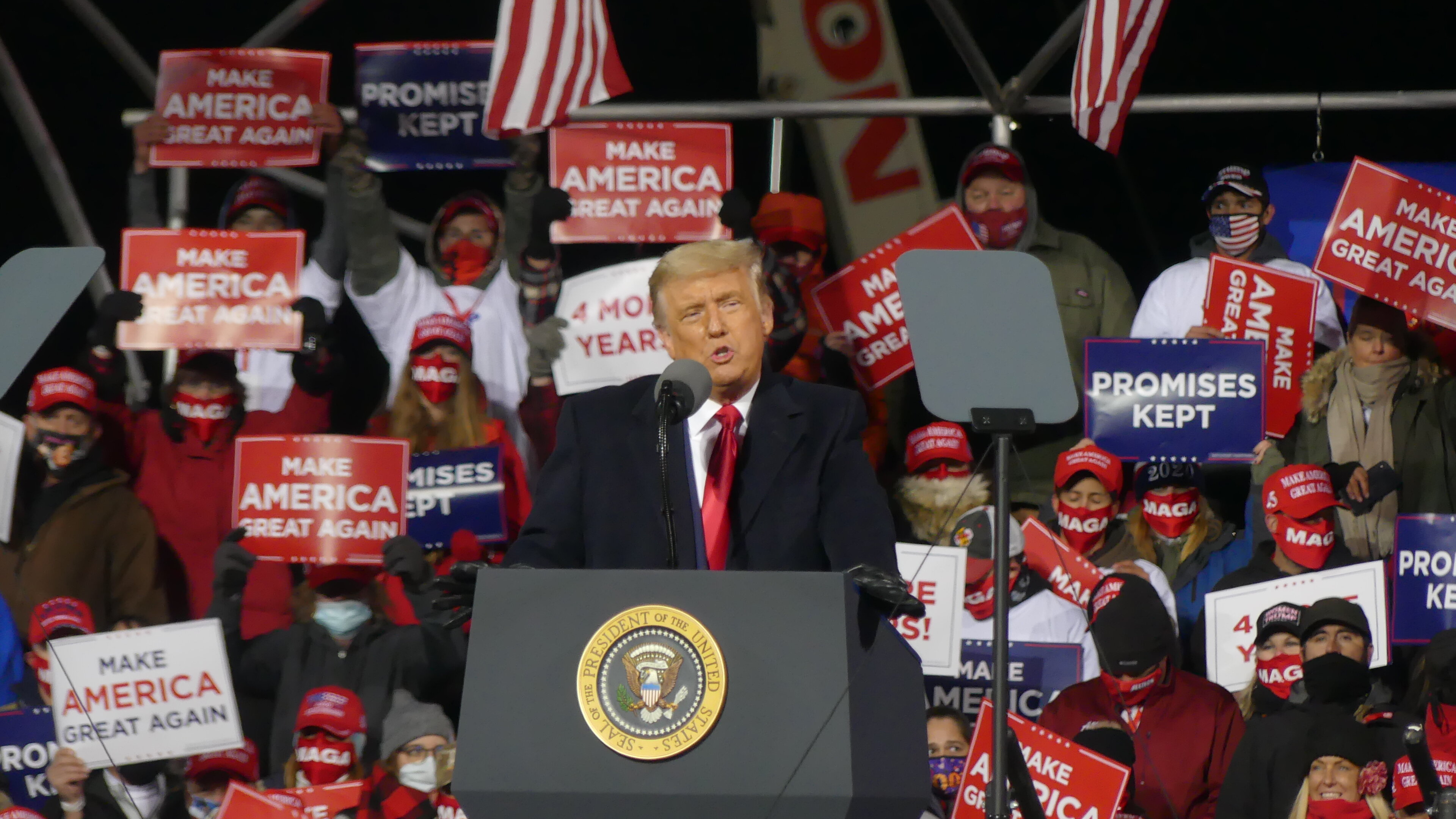 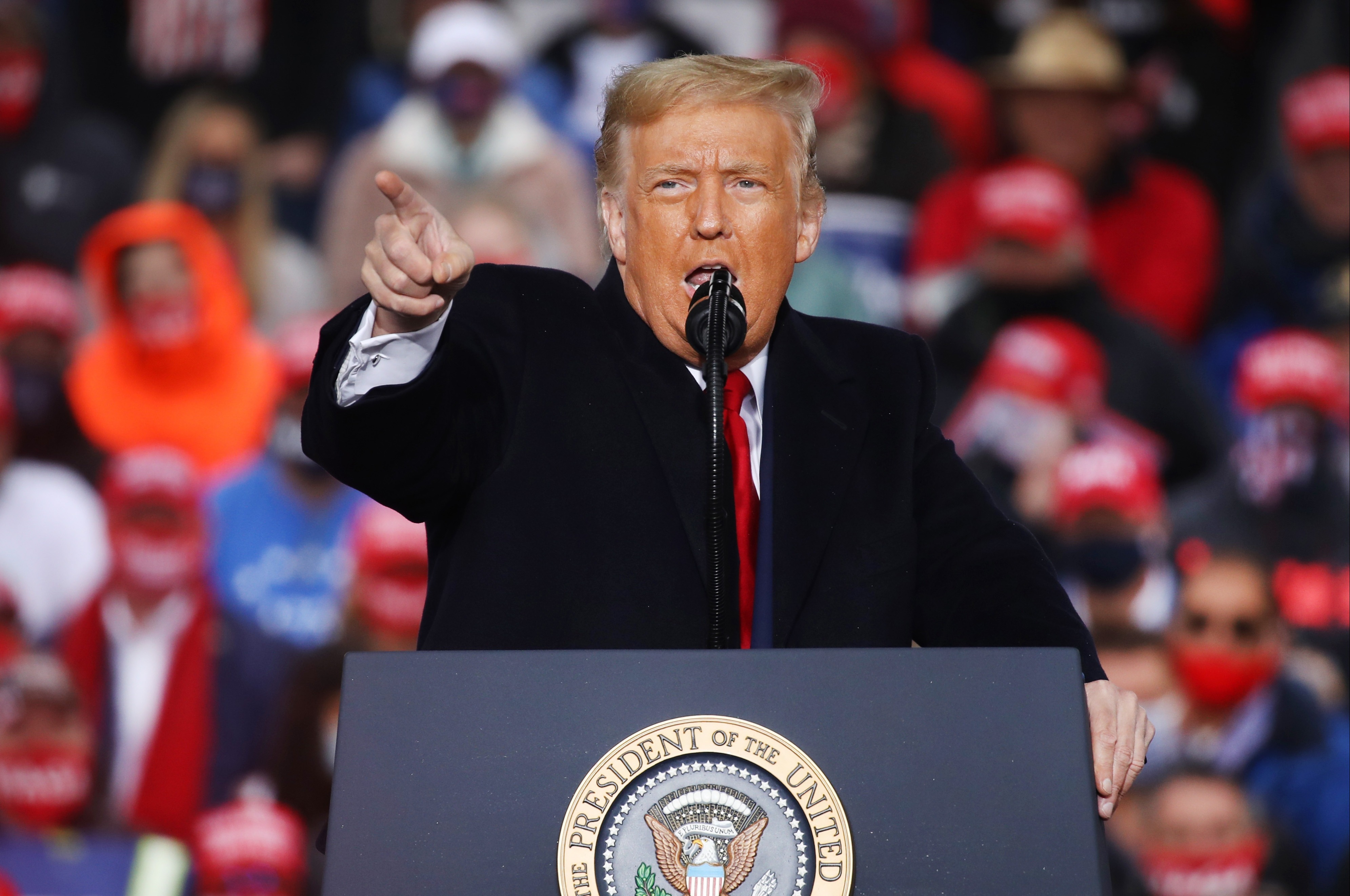