Al ASAD AIR BASE, Iraq (Reuters) – President Donald Trump on Wednesday defended his decision to withdraw U.S. troops from Syria during an unannounced visit to Iraq, saying that many people will start seeing things on Syria the same way he does. 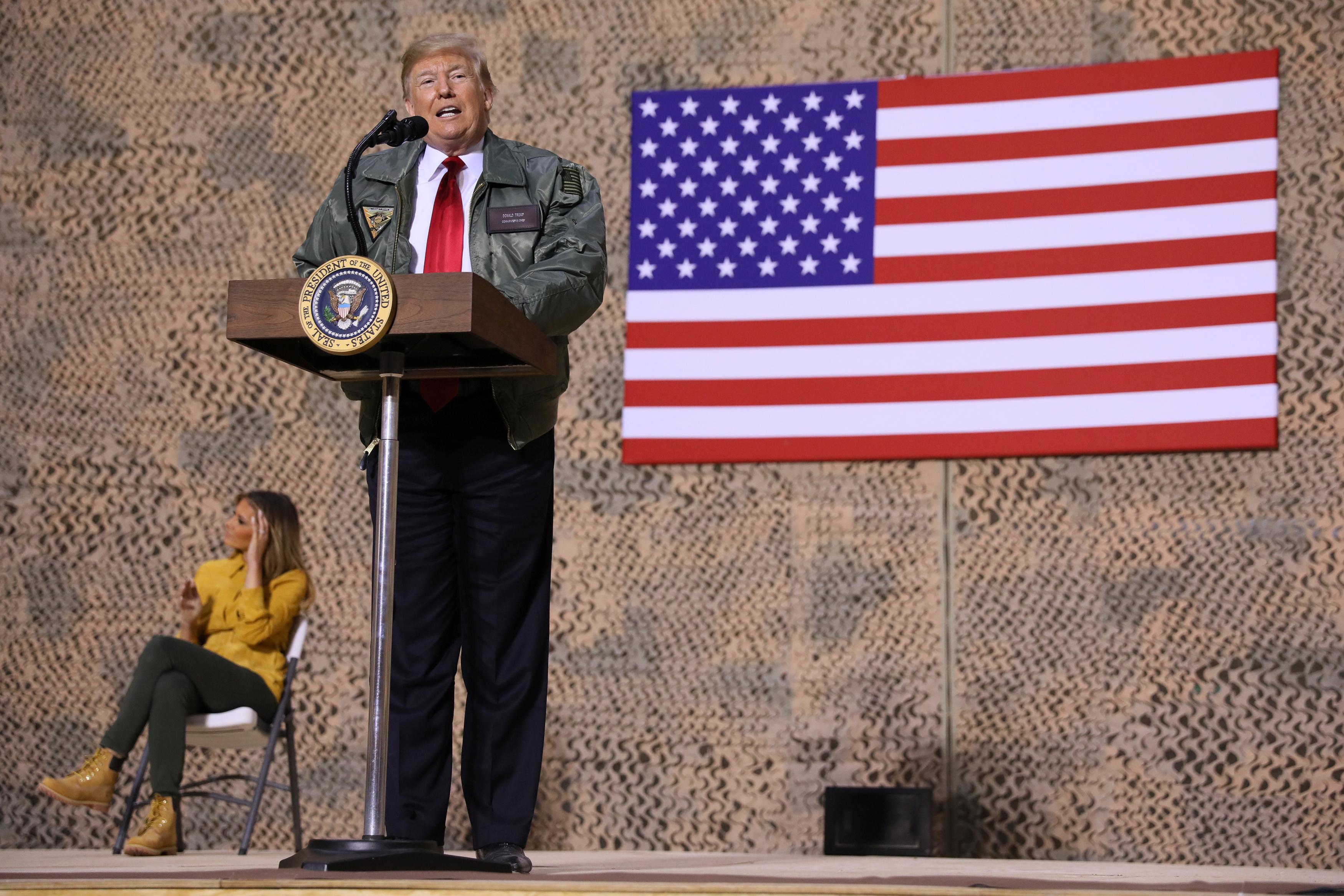 Trump made the decision on Syria abruptly last week, against the advice of top aides and commanders, including Defense Secretary James Mattis, who resigned the next day.

Trump said he had told his advisers, “let’s get out of Syria,” but was persuaded to stay, before deciding last week to bring the 2,000 troops home.

“I think a lot of people are going to come around to my way of thinking. It’s time for us to start using our head,” the president told reporters at the Al Asad Air Base west of Baghdad where he and first lady Melania Trump spent a little more than three hours on the ground with U.S. troops.

The base, in Anbar province, became one of the most important bases for U.S. Marines after the 2003 U.S. invasion of Iraq. Since U.S. forces returned to Iraq in 2014, the base has played an important role in the fight against Islamic State because of its location.

Trump said the United States would remain in Iraq, adding, “In fact, we could use this as the base if we wanted to do something in Syria.”

Reuters reported last week that the Pentagon was considering using special operations teams to target Islamic State militants in Syria, based out of Iraq.

At the time, officials said a final decision had not been made and the option was being considered.

While in Iraq, Trump indicated he would not rush to nominate a new secretary to replace Mattis, the first defense chief in decades to resign over policy differences with the president.

Trump said Deputy Defense Secretary Patrick Shanahan, whom he named on Sunday to replace Mattis in an acting capacity starting on Jan. 1, “could be there for a long time.”

Trump has come under withering criticism from fellow Republicans, Democrats and international allies over his decision to pull out of Syria because he believed Islamic State militants have been defeated.

Critics argue that the decision could undercut U.S. leverage in the region and undermine diplomatic efforts to the end the Syrian civil war, now in its eighth year.

Ankara is threatening a new offensive in Syria. To date, U.S. forces in Syria have been seen as a stabilizing factor and have somewhat restrained Turkey’s actions against Syrian Kurdish forces.

On Sunday, Trump said in a tweet that he had spoken with Turkish President Tayyip Erdogan about a “slow and highly coordinated” withdrawal of the U.S. troops, suggesting that he might slow down the process after the barrage of criticism.

A complete withdrawal of U.S. troops from Syria would leave a sizeable U.S. military presence in the region, including about 5,200 troops across the border in Iraq. Much of the U.S. campaign in Syria has been waged by warplanes flying out of Qatar and other locations in the Middle East.