“Another Witch Hunt by a racist Attorney General,” Trump wrote on his new social media site. “She is a fraud who campaigned on a “get Trump” platform, despite the fact that the city is one of the crime and murder disasters of the world under her watch!”

Donald Trump Jr. and Eric Trump also denounced the suit as a “witch hunt” even as other top Republicans mostly kept quiet.

“The bulls—t Dem witch-hunt continues!” Trump Jr. tweeted, along with an unflattering photo of James.

Eric Trump, the other adult son of Donald Trump, also derided the suit as a “joke.”

“Not a political “witch hunt?!” What a joke…” Eric Trump tweeted. 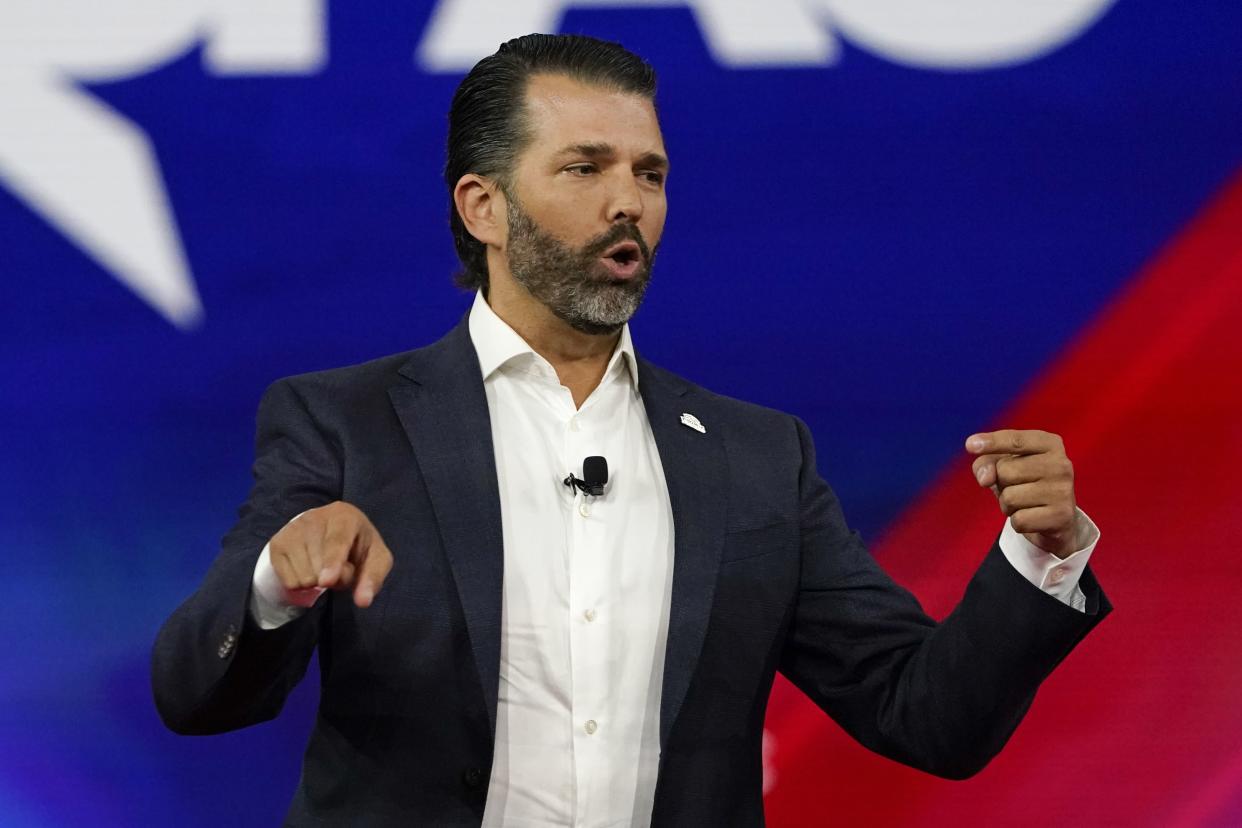 Former President Donald Trump himself did not immediately respond on his social media site to the announcement by James. Nor did Ivanka Trump.

The three Trump siblings are named in the suit, along with their father and longtime Trump Org CFO Allan Weisselberg, who recently pleaded guilty to criminal charges in connection with a separate fraud prosecution. 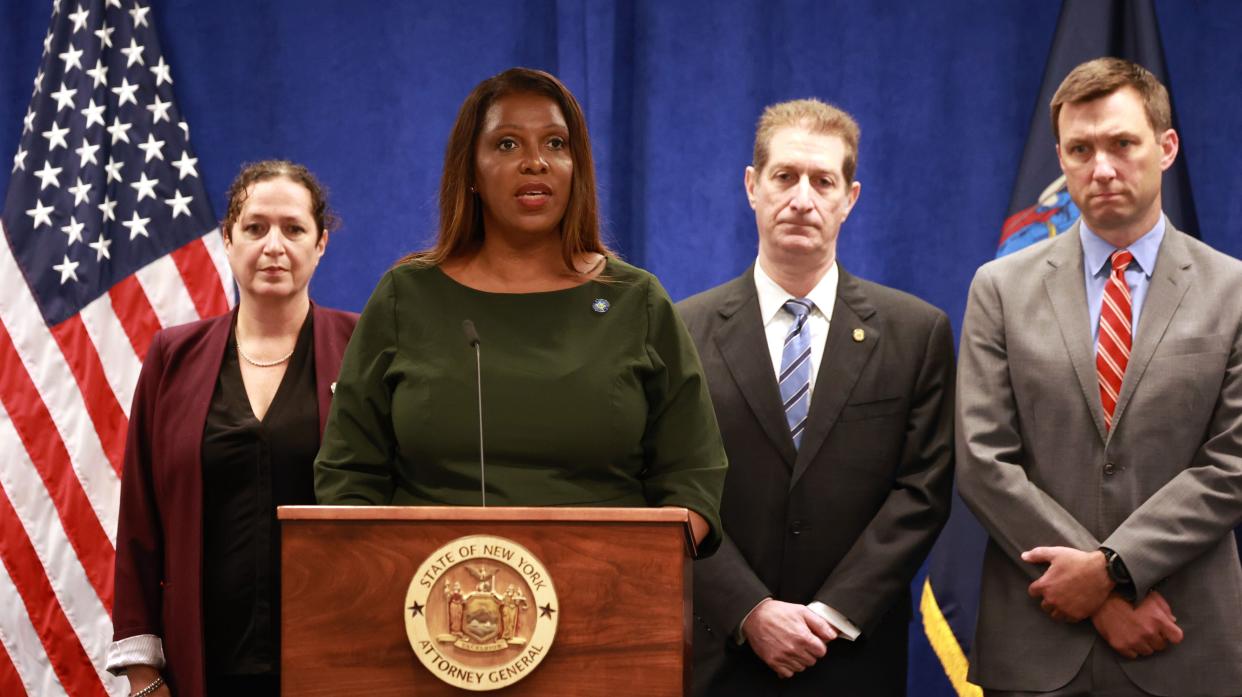 James suit cites a scheme that included at least 200 separate false claims about the values of Trump-owned properties. It aims to basically put the Trump Org out of business in New York state and hand it crippling fines.

New York state Republican Party chair Nick Langworthy denounced the suit as “the most brazen political stunts I have seen in my lifetime.” 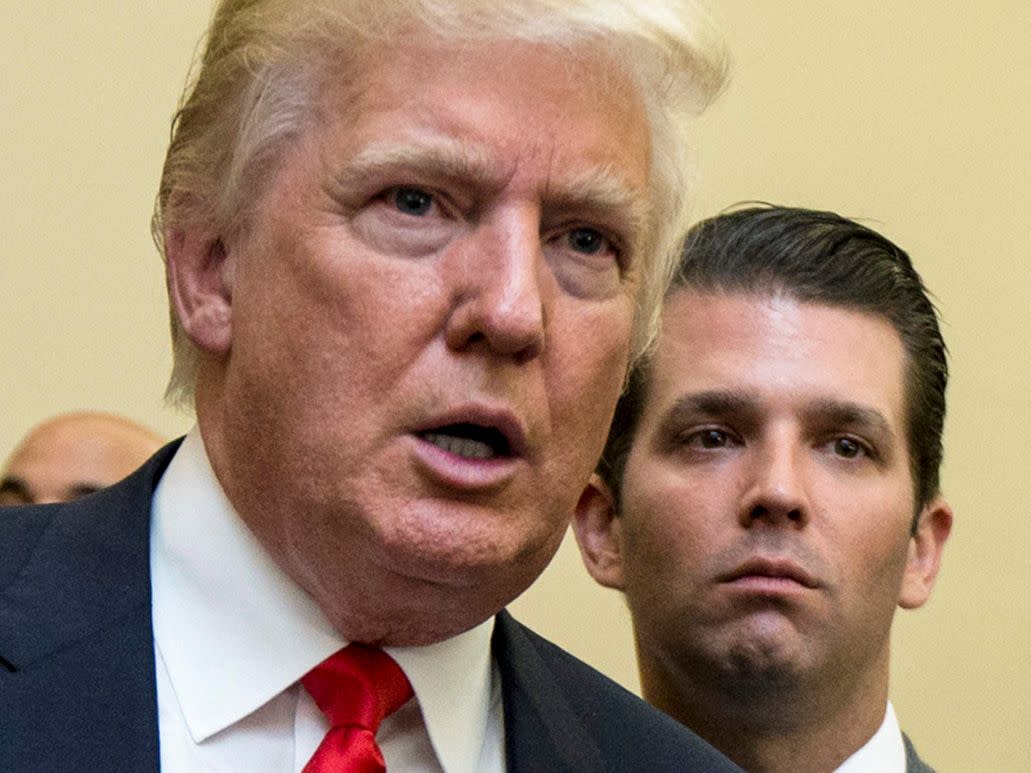 FILE – Donald Trump, left, Donald Trump Jr., are pictured during the unveiling of the design for the Trump International Hotel in the The Old Post Office in Washington, on Sept. 10, 2013. (Manuel Balce Ceneta/)

But other Trump loyalists stayed quiet, perhaps because the accusations involve the former president’s business dealings, not his actions as president or de facto leader of the GOP.