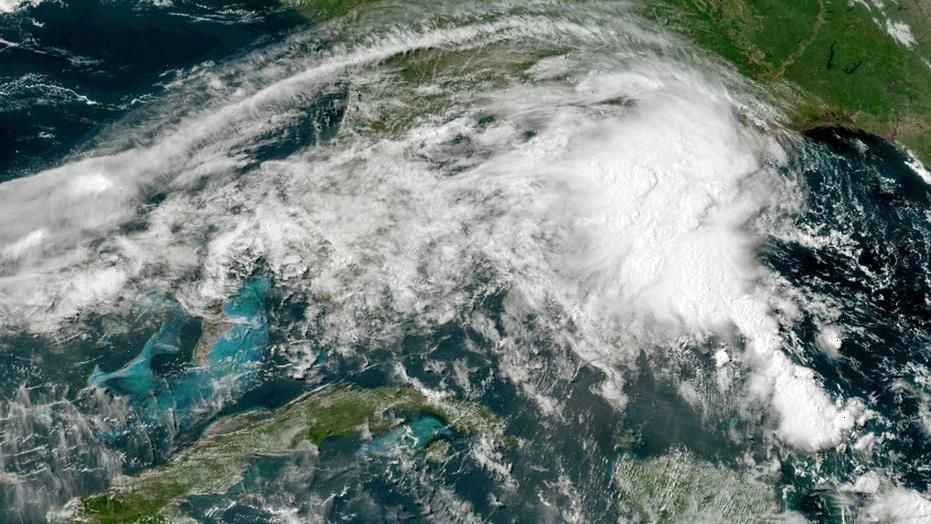 Tropical Storm Claudette formed early Saturday morning and was tracked moving along the Gulf Coast before it made landfall.

At 7:50 a.m. ET, the National Oceanic and Atmospheric Administration’s (NOAA) National Hurricane Center (NHC) said that that the third named storm of the 2021 Atlantic hurricane season had shifted “Inland Over Southeastern Louisiana.”

“Heavy Rains and Tropical-Storm-Force Winds Continue Along Portions of the Northern Gulf Coast,” the agency announced on Twitter.

In an advisory posted to Facebook, the NHC said Claudette was centered inland over southeast Louisiana about 30 miles north of New Orleans and moving toward the north to the northeast near 12 mph.

“A turn toward the northeast is expected later today, followed by a motion toward the east-northeast tonight or Sunday. On the forecast track, the system should move farther inland over Louisiana during the next few hours, move across portions of the southeastern states later today and on Sunday, and then over the western Atlantic Ocean on Monday,” the agency explained.

Maximum sustained winds for Claudette reportedly remain at around 45 mph with higher gusts and tropical-storm-force winds extend outward up to 205 miles east from the center.

The NHC noted that a National Ocean Service station on Petit Bois Island, Miss. had recently recorded maximum winds of 39 mph with a gust to 46 mph.

The NHC said Claudette is expected to weaken to a tropical depression by Saturday night, become a post-tropical cyclone on Sunday and re-develop as a tropical storm over the western Atlantic Ocean on Monday.

Nevertheless, the storm was expected to produce heavy rainfall and life-threatening flash flooding across coastal Mississippi and Alabama, and the far western Florida Panhandle through the afternoon.

Considerable flash, urban and small stream flooding impacts – in addition to “new and renewed minor to isolated moderate river flooding” – were also anticipated to continue throughout the weekend along the Gulf Coast, with flood impacts spreading northeastward into the interior Southeast.

Flooding had already begun on Friday night, with local media reporting high water over roads, stranded vehicles and water rescues; flood warnings and watches were in effect in addition to a widespread tropical storm warning.

“Tropical storm conditions are occurring along portions of the central Gulf Coast from east of Morgan City, Louisiana, to the Okaloosa/Walton County line, Florida, including New Orleans. These winds will spread inland and continue through this afternoon,” the NHC warned in a Twitter post.

A Tropical Storm Warning is in effect for the areas east of Morgan City to the Okaloosa/Walton County line, including Lake Pontchartrain, Lake Maurepas, and Metropolitan New Orleans.

Claudette is expected to produce rainfall totals of five to ten inches and isolated areas of 15 inches across areas in the central Gulf Coast.

By Friday, up to four inches of rain per hour was falling on parts of the Louisiana and Mississippi coasts.

All of this comes as the Southwest and western U.S. has been impacted by a sweltering and relentless heatwave and as Mexico was threatened by Tropical Storm Dolores, which was expected to make landfall on its west-central coast Saturday night.

The Associated Press contributed to this report,