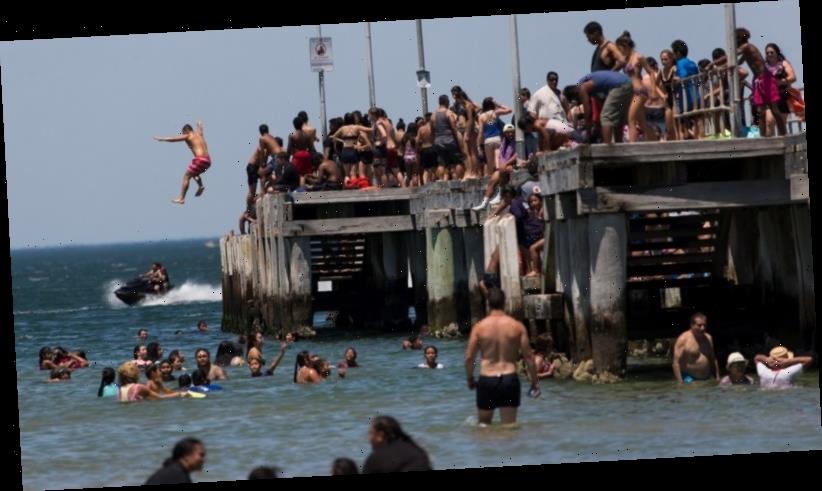 Three men have been arrested over the alleged sexual assault of four young girls who were driven out into deep water on jetskis at Altona beach.

A police spokesman said a man approached four girls, aged between 12 and 16, at the popular beach and offered to take them for a ride on a jetski on November 27.

Investigators believe the children were then taken from the beach and driven out into deeper water where they were allegedly sexually assaulted before being taken back to shore.

All three were questioned by police and released pending further investigations.

“Investigators would like to thank the public and media for their assistance and the investigation is ongoing,” they said.

In December detectives from the Westgate police station revealed a 15-year-old girl had reported been sexually assaulted after being lured onto a jetski and taken for a ride from the pier.

Officers made a public appeal for information fearing there may be other victims involved.

On Wednesday, they revealed two other girls aged as young as 12 had later contacted police.

At the time, police said the 15-year-old girl had been kept on the jetski for about 20 minutes before later reporting the incident to detectives.

“People go down to the beach to enjoy themselves and they don’t expect for an incident like this to occur in such a populated area in the summertime when the weather is warming up,” Sergeant Adam Vaughan said.