This is the incredible moment a bowler managed two get two strikes in two separate lanes at the same time.

Orion Woodard, 30, from New Jersey in the US, held a ball in each hand to perform the impressive trick.

He is self-taught and has bowled every week for two years to hone his skills.

Orion can do several tricks, but his ability to knock over all the pins in two lanes might be his best trick.

He stands in between the two lanes and is able to launch both bowling balls accurately from each hand, at the same time.

Orion added: ‘I have always like to be challenged so when I started bowling with friends they would challenge me to do random trick shots then it just became a thing every week.’ 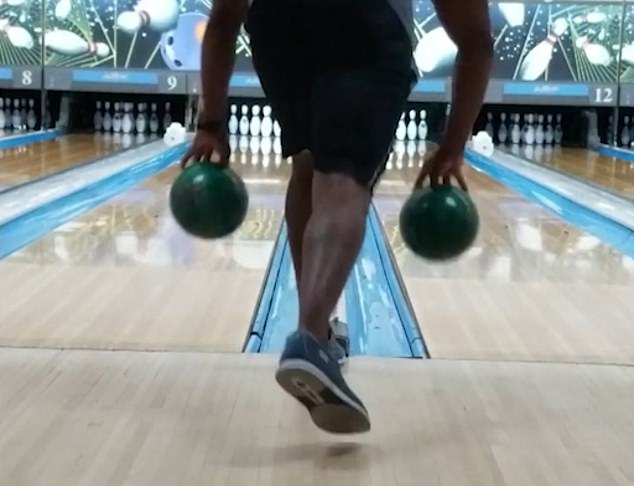 Orion Woodard, 30, from New Jersey in the US, holds a ball in each hand as he achieves two strikes simultaneously 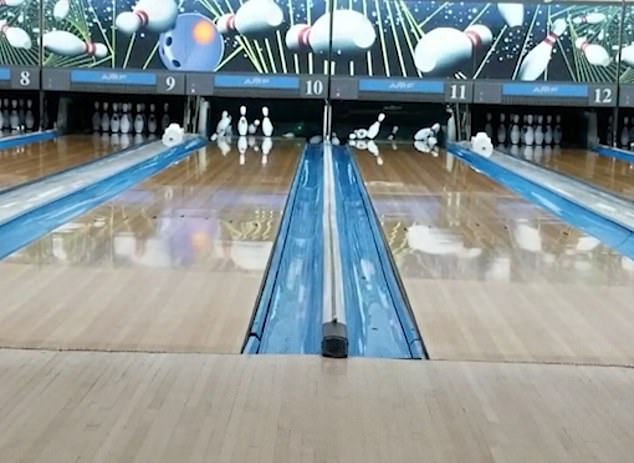 Both sets of pins are knocked over by the balls he bowls. Orion has been bowling every week for the past two years

In one video, he even performs a hand stand before launching a bowling ball and getting a strike.

Another shows him bowling a ball from behind his back.