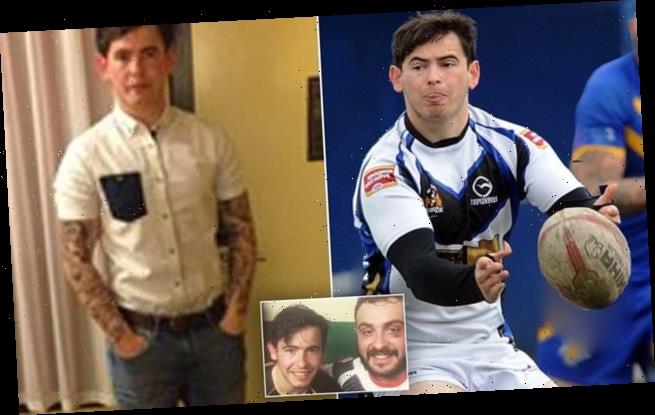 Tributes are paid to amateur rugby league player, 26, after he was run over and killed by car on night out with his team mates on Boxing Day

Tributes have been paid to an amateur rugby player who died after being run over by a car on a night out with his team mates on Boxing Day.

Jordan Welsby, 26, from St Helens, Merseyside, was taken to hospital with serious injuries after he was struck by a car.

Police have confirmed he died in hospital and are appealing for information following the crash. 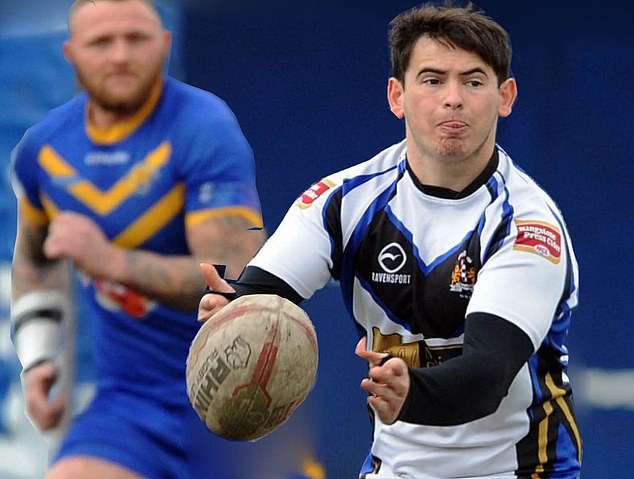 His former coach and friend, Sean Richardson said  Mr Welsby (pictured playing rugby) was a ‘popular lad’ and a a genuinely nice person

As Merseyside was in Tier 2 on Boxing Day, Jordan was out having a meal and was about to get picked up by his girlfriend, according to a friend.

Mr Richardson, 47, said: ‘He was everybody’s friend. He was a really good lad and a good little player.

‘He was a genuinely nice person, he had a cheeky little smile and he was genuinely very caring.

‘You couldn’t wish to meet a nicer person. 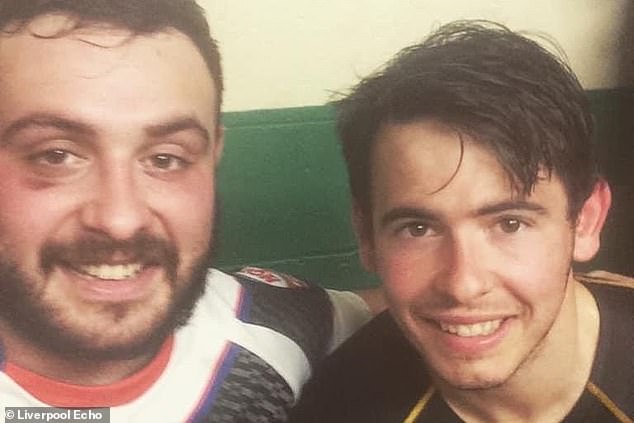 The 26-year-old from St Helens, Merseyside was having a meal before the crash. Pictured right with his brother Callum

‘He was going home and unfortunately never made it, it’s tragic really.’

He said he took Jordan ‘under his wing’ when he started playing rugby at 17, and said he had an enormous talent.

Following Jordan’s sudden death, more than £15,000 has been raised for his family in a Gofundme page set up by Sean, and tributes have poured in online.

Sean said he wanted to set up the page in order to help his family and give Jordan ‘the send off he deserves’.

He added: ‘It just goes to show what a popular lad he was.’

It said: ‘The Blackbrook Club is heartbroken today following the tragic news of the passing of our popular half back Jordan Welsby. 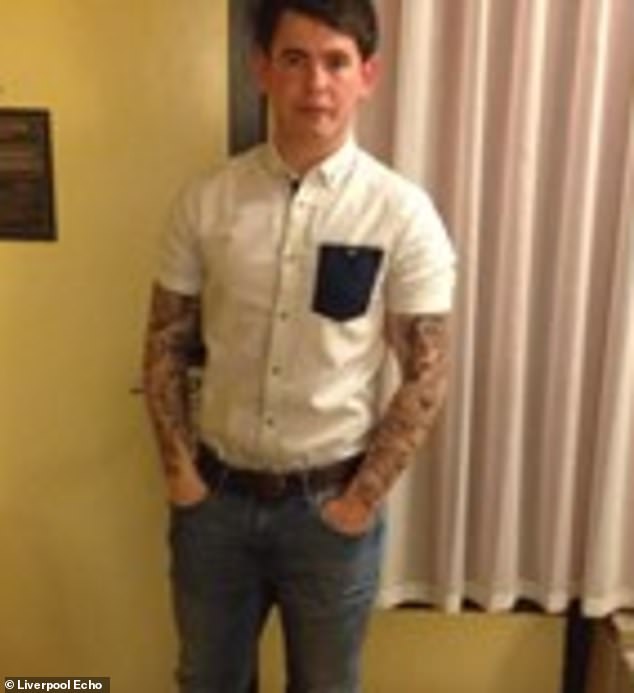 Jordan Welsby,26, died  in hospital after being run over by a car on a night out with his team mates on Boxing Day

‘Jordan was involved in a road accident on Boxing Day following a night out with some of his team mates.

‘He fought a battle with is injuries but finally succumbed today.

‘He made debut in April 2011 at Shevington when coach Mark Lee plucked him from our Under 18s, he scored a try and kicked a goal from the touchline in a Man of the Match Performance.

‘He went on to play over a 100 games, many with his brother Callum, scoring 37 tries and kicking 74 goals.

‘He played his part in probably one of the most important games in the club’s recent history, the 24-23 victory at Askam in the 2016 NCL play-off final.

‘Jordan was everybody’s friend with his infectious personality. He would always stay behind in the club after games to socialise with his team mates.

‘Jordan will be sadly missed by everyone who knew him; our hearts and sincere condolences go out to his parents Nicky and Tony, his brother Callum, his loving girlfriend Laura and all his friends and family.

‘RIP Jordan Once a Brooker always a Brooker.’

Merseyside Police said it is appealing for information following the crash.

It said: ‘We are appealing for information following a collision involving a car and a pedestrian on Prescot Road in St Helens.

‘We were contacted at around 11pm on Saturday 26th December following reports of the collision.

‘The pedestrian, a man in his 20s, was taken to hospital with serious injuries. He has since sadly passed away in hospital.

‘The driver of the car stopped at the scene and is assisting with enquiries.

‘Officers are appealing for anyone who was in the area of Prescot Road who saw the collision or has any information which could assist the investigation to call the Roads Policing Unit on 0151 777 5747, message our social media desk @MerPolCC, or call 101 quoting reference number 20000784830.’