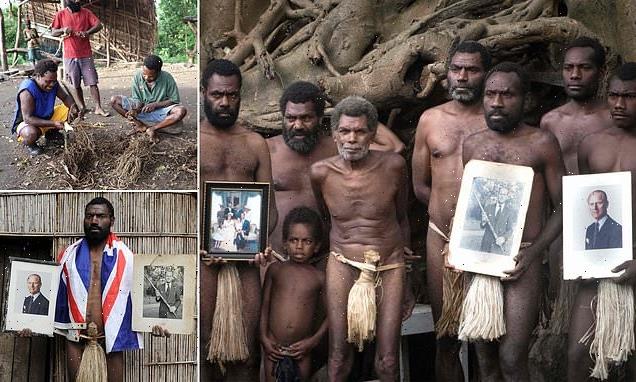 A remote island tribe who believe Prince Philip is their god have devised a day of rituals to mark his death.

The tribesmen and women on the South Pacific island of Tanna in Vanuatu will mourn by dancing, speeches and the ceremonial drinking of the native plant kava, according to an expert on the culture.

The group – who believe Prince Philip is their god and the incarnation of a volcano spirit – could also anoint his son Prince Charles as his successor.

While the royal family has been preparing for the Duke of Edinburgh’s funeral service on Saturday, Australian Museum research associate Kirk Huffman believes similar preparations have been taking place on the other side of the world.

Mr Huffman is considered an authority on what is known as the Prince Philip Movement – a group based in villages in the south-western part of the island of Tanna in southern Vanuatu. 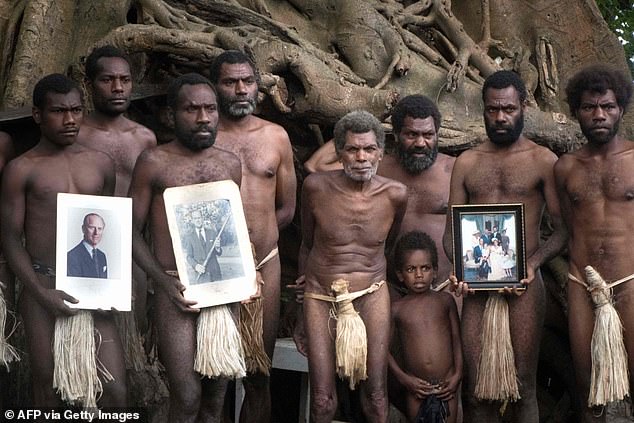 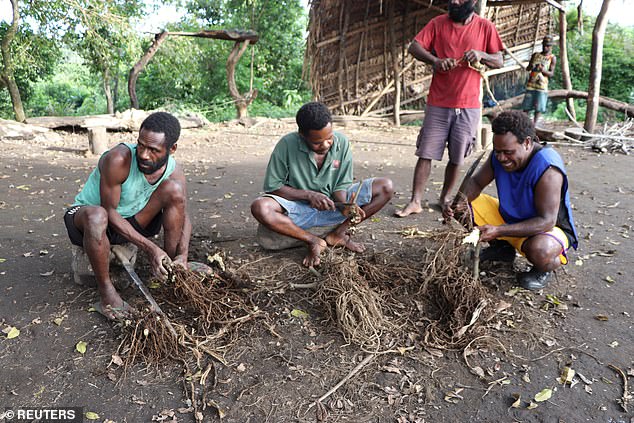 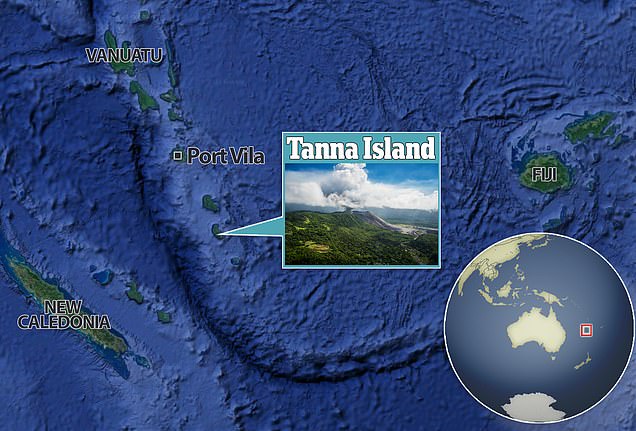 He said followers all speak a language called Navhaal – which is only spoken by approximately 4,500 people worldwide – just a few hundred people are associated with the Philip Movement.

He added: ‘Those in the movement have been very saddened to hear about his death.

‘As soon as the messages about his death came they had meetings.

‘They got leaders, important people from two, possibly three different factions of the group together at a meeting to sort out how they’re going to deal with the funerary situation.

‘They held funerary speeches last weekend. There may be special dances.

‘Dancing there is a highly-respected form of saying something powerful, and there may be some that have already gone on.

‘There may be a periodic display of some of the movement’s Prince Philip memorabilia – photographs, letters, that sort of thing. There’ll also be more periodic speeches by various traditional leaders there.’

However, possibly the most important element of the funerary rituals will be evening sessions of the men of the group drinking kava – an infusion made from the root of a pepper plant. 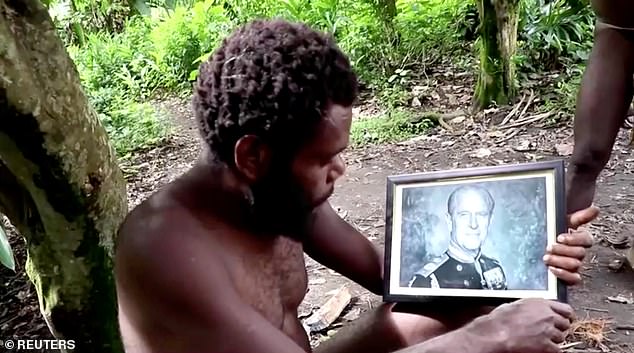 The tribesmen (one pictured) and women on the South Pacific island of Tanna in Vanuatu will mourn by dancing, speeches and the ceremonial drinking of the native plant kava, according to an expert on the culture 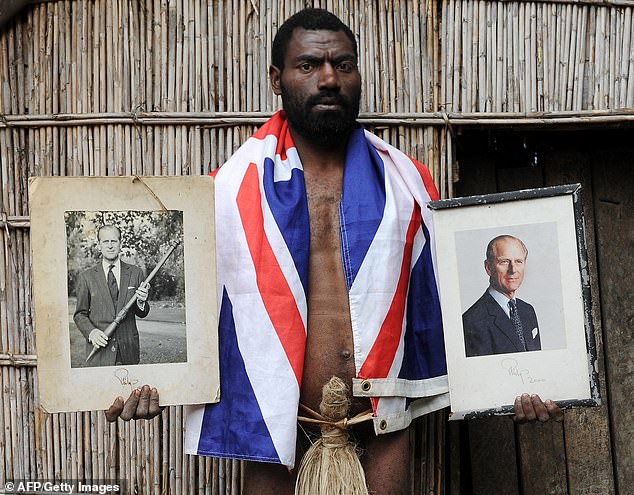 The group – who believe Prince Philip is their god and the incarnation of a volcano spirit – could also anoint his son Prince Charles as his successor. Pictured: A tribesman 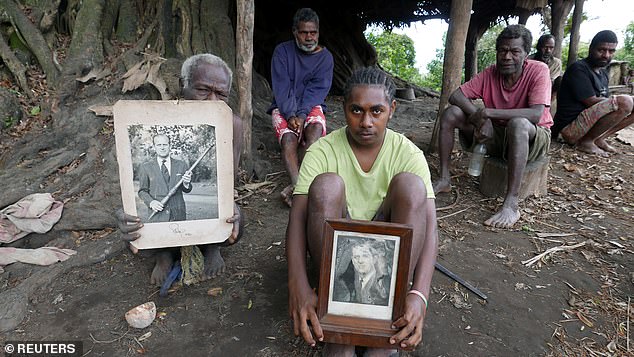 While the royal family has been preparing for the Duke of Edinburgh’s funeral service on Saturday, Australian Museum research associate Kirk Huffman believes similar preparations have been taking place on the other side of the world (the islanders, pictured) 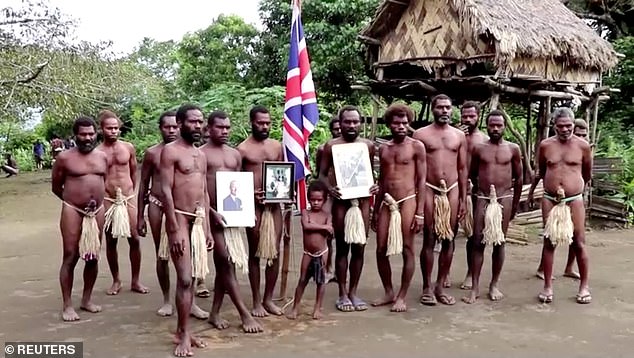 Mr Huffman describes the drinking of kava as a ‘sacred activity’, which is the ‘liquid key that opens the door between the material world and the non-material world’.

He said: ‘Through the medium of kava, one can pass messages back and forth between those worlds.

‘Traditionally, the purpose of drinking kava is to ensure the continuity of life as it should be.

‘Through the use of kava, you can get better rain, better sun, better crop fertility, all sorts of things. Because you put these requests into the world through the kava.

‘There’ll be that same sort of thing in Tanna for Philip’s spirit. There’ll be messages and ideas being sent and received, that will be very important.’ 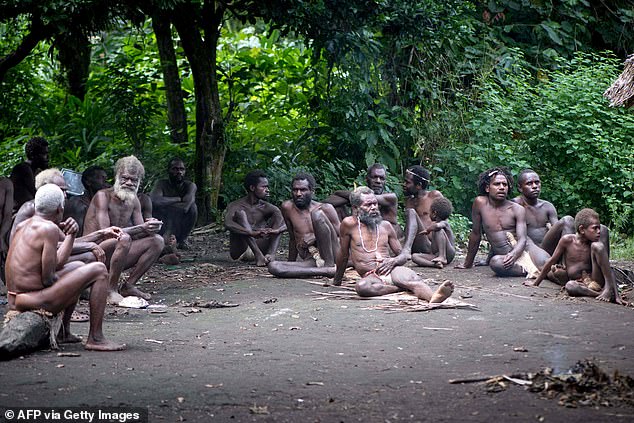 Mr Huffman explained that, in traditional religions throughout the region of Melanesia – which consists of Vanuatu, Fiji, the Solomon Islands and Papua New Guinea – death is merely considered the end of someone’s physical form, with their spiritual form persisting.

He continued: ‘Your spirit form can recycle. You can be reincarnated. It can wander around, it can come out years later in another person.

‘So from the point of view of the people of the movement, (Philip) is originally from Tanna.’ 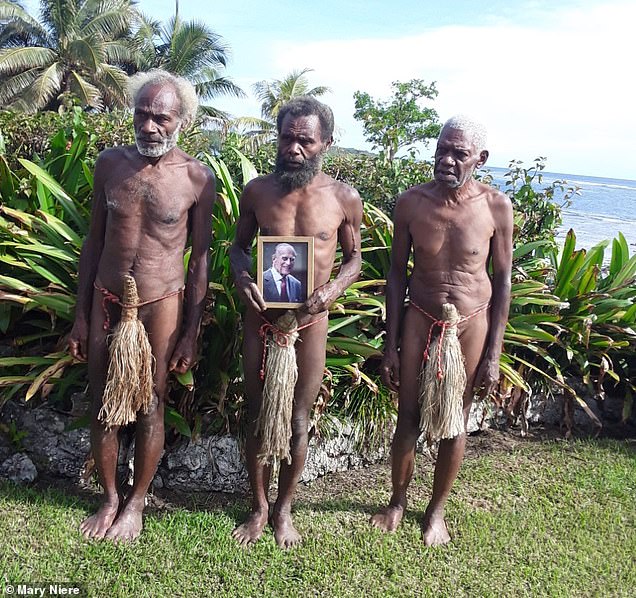 Yaohnanen tribesmen on the Pacific Island of Tanna, in Vanuatu, hold a framed photo of Prince Philip following the news of his death 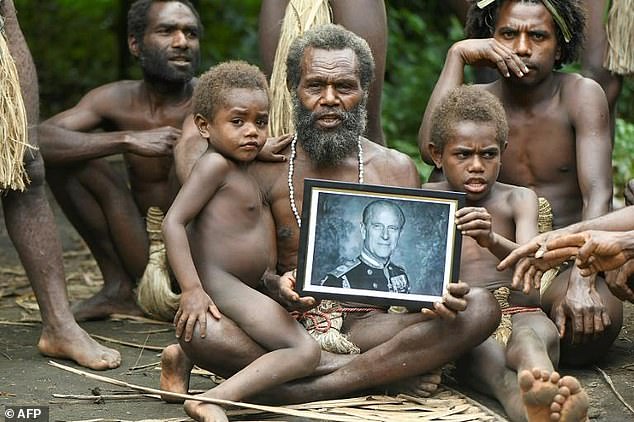 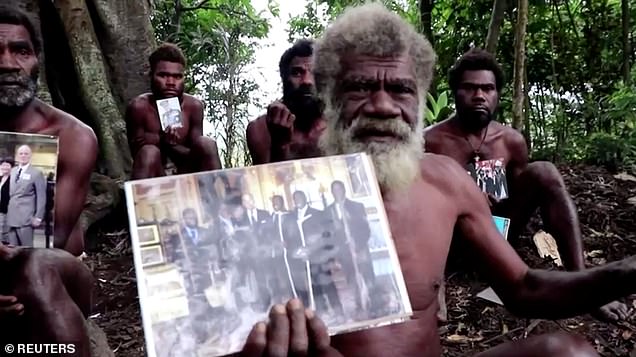 Ikunala village Chief Yapa holds photos of himself and four other local men with Prince Philip, taken during their 2007 trip to England

He said the Prince Philip Movement is ‘visionary’ and involves clans in the south-west of Tanna searching for ‘something they had lost’.

He said they were looking for ‘someone, either a human spirit or a power, that had gone overseas.

‘And it was probably from the mid to late 70s that they latched on to the possibility that it was Prince Philip, in his current form.’ 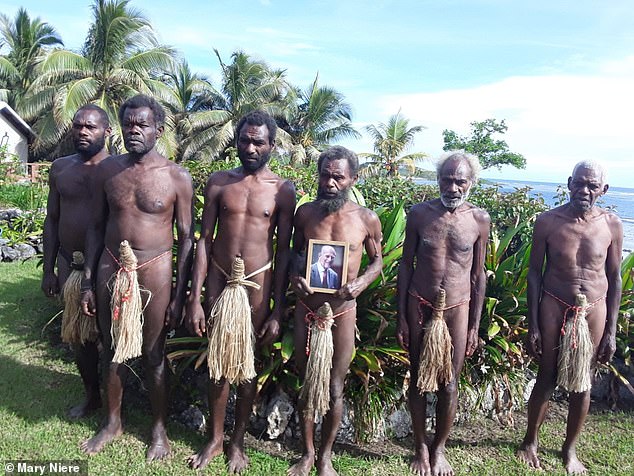 The Yaohnanen tribesmen hold a framed photograph of Prince Philip, which the Duke of Edinburgh had sent them

According to Mr Huffman, Philip’s connection with the movement began during an official visit to Vanuatu in 1971, where he took part in some traditional rituals on the northern island of Malekula.

‘Although Prince Philip never visited Tanna, chiefs from the island saw him take part in the rituals, and that was greatly respected,’ Mr Huffman said.

‘And in February of 1974, he and the Queen came through on the Royal Yacht Britannia and they sailed down past the island of Tanna.

It then evolved over the decades as the two parties occasionally exchanged gifts, photographs and letters with one another.