London:  The Tower of London’s colourful “beefeater” guides are to go on strike next month over pension changes.

They will be joined by colleagues at Hampton Court Palace, Henry VIII’s opulent residence further up the River Thames, after a ballot for strike action was 91 per cent in favour.

Pickets will be out at both buildings, run by Historic Royal Palaces (HRP), on the day of the 24-hour strike, January 8. 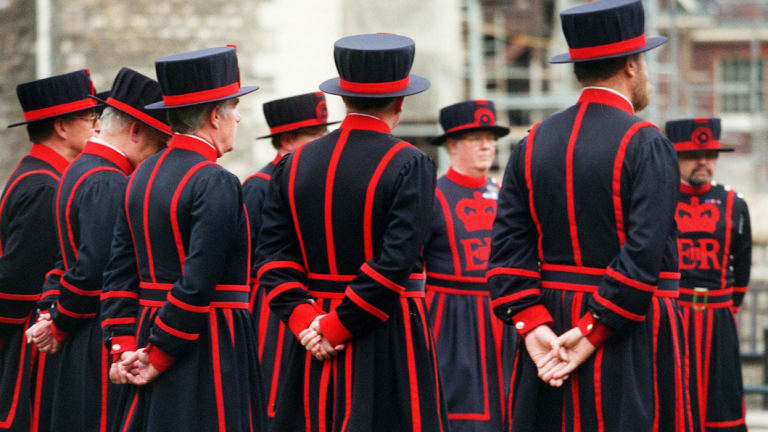 The Tower of London’s Beefeaters will join other workers in a strike over pay in January.Credit:AP

“HRP are jumping on a bandwagon which is seeing employers engaging in a race to the bottom, ending good final salary schemes and replacing them with risky cheaper defined contribution schemes,” said GMB regional organiser Michael Ainsley in a statement.

Three three-hour walk-outs at HRP sites are also being staged by members of the Public and Commercial Services Union (PCS).

HRP said the sites would stay open during the action.

“Although we fully respect the rights of trade union members to take industrial action, (the) strike is disappointing,” said Chief Executive John Barnes. “However, it will not change our decision to close the Defined Benefit scheme,” he added.

The famous yeoman warders have been guarding the Tower of London since the 16th century and may have got their name from the days when part of their salary was paid in beef.

Their distinctive red uniforms, known as the state dress uniform, is worn on state occasions such as the monarch’s birthday. A more durable everyday dark blue uniform was introduced in the 19th century.