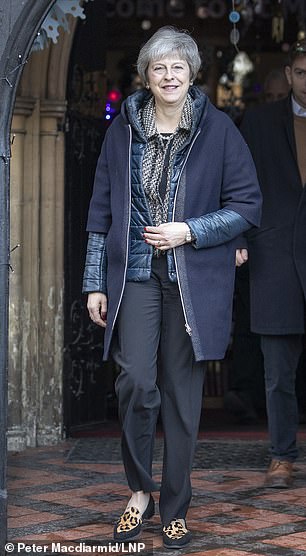 More than 30 senior Tory activists have protested to party headquarters about leaflets promoting Theresa May’s Brexit deal claiming they are a ‘misuse of party funds’.

More than 30 senior Tory activists have protested to party headquarters about leaflets promoting Theresa May’s Brexit deal claiming they are a ‘misuse of party funds’.

In the first clear signal of a grassroots revolt against the plans, the 32 chairmen and deputy chairmen say the leaflets are ‘propaganda’ aimed at MPs not voters.

The letter was sent to Andrew Sharpe, the chairman of the National Conservative Convention – the representative body for party volunteers.

It was revealed today by the ConservativeHome website as Mrs May sent dozens of her ministers around the country to stump for her deal.

The letter says: ‘You will be well aware how controversial this proposed agreement is. Polls show Conservative MPs, Party members and the British public strongly opposed.

‘Many people are concerned that the UK will pay £39 billion without any legally binding guarantees that a UK/EU trade deal will be secured. Trade deals with global partners will extremely difficult if not impossible to negotiate.

‘Under the backstop, the UK will be unable to leave the customs union without EU agreement and will be forced to accept EU laws and regulations over which we will have no say, and which may not be in our best interests.’

It adds: ‘Whether we voted Leave or Remain, or agree with the Prime Minister’s deal or disagree, never should Party funds or Party-funded CCHQ staff be used to lobby against our duly elected Members of Parliament

‘We urge you to make representations at the highest level to convey members concern at this misuse of Party funds and to ensure this activity is stopped with immediate effect and that there will be no future repetition.’

Among those who have put their names to the letter are the chairman of the Croydon Federation – which includes the former constituency of Gavin Barwell, the Prime Minister’s Chief of Staff.

Associations in crucial marginal seats like Carlisle, Chester, Peterborough, Halifax and Worthington are also on the list. 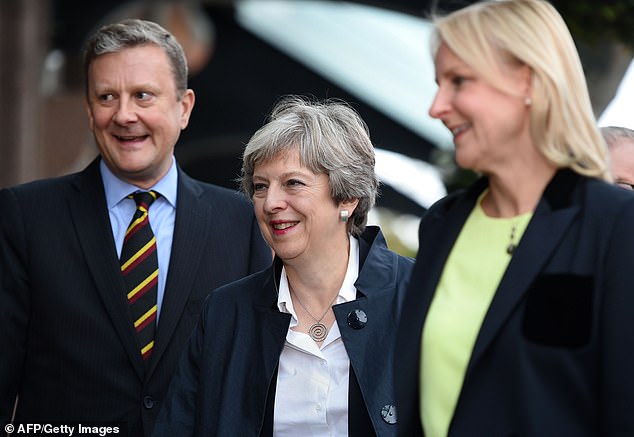 The letter was sent to Andre Sharpe (left with the PM at Tory conference in October),  the chairman of the National Conservative Convention – the representative body for party volunteers 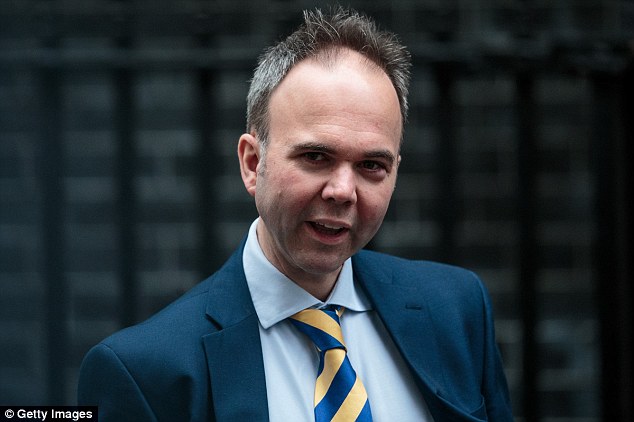 Among those who have put their names to the letter are the chairman of the Croydon Federation – which includes the former constituency of Gavin Barwell (pictured), the Prime Minister’s Chief of Staff

Aside from the grassroots drama, Mrs May faced a new Brexit crisis today as the DUP and Tory rebels rejected an attempted compromise on the backstop out of hand.

Senior ministers have demanded Mrs May come up with an 11th hour escape as she fights to avoid a catastrophic defeat of her deal on Tuesday night.

No 10 said today it was ‘considering’ a proposal by Tory loyalists to create a ‘parliamentary lock’ on the backstop, which keeps Britain in a customs union with the EU if there is no final trade deal.

But the idea of creating Commons votes around entering the backstop of the summer of 2020, with commitments to strike agreements to escape it within a year, were rejected within hours today.

DUP leader Arlene Foster said the plan was ‘tinkering’ around a divorce deal that was fundamentally broken.

Sources at the European Research Group backed by Boris Johnson said the ploy was a ‘transparent’ attempt by No 10 to plant a ‘risible’ compromise that answered none of the criticism of the backstop.

Mr Johnson said the idea was ‘simply not possible’ because of concessions to Brussels in the divorce treaty.