Tory chiefs could change party rules to slash no-hopers from the leadership race today – amid fears the process is descending into a shambles.

So far 13 candidates have thrown their hats into the ring to succeed Theresa May, meaning it could potentially take weeks to whittle the field down.

But the powerful 1922 committee could thin out the contest by increasing the threshold of MP nominations needed to stand from just two to 10.

Another option would be for anyone who receives fewer than 10 votes from MPs to be eliminated automatically. 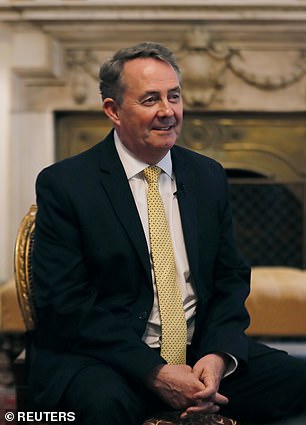 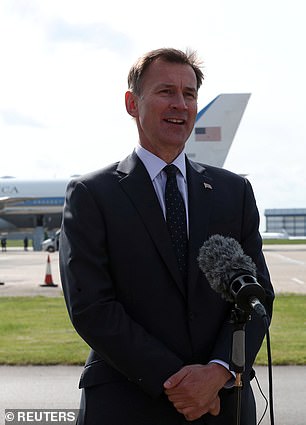 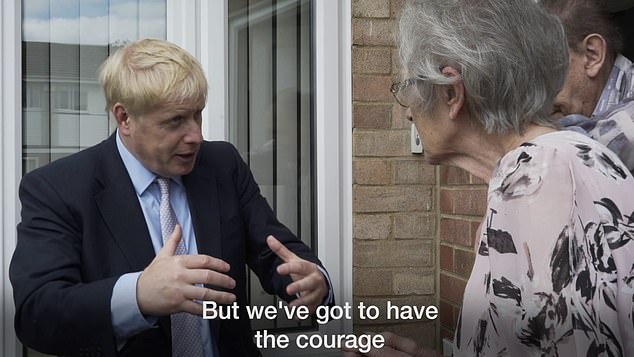 Mr Hunt is still a long way behind front runner Boris Johnson (pictured in a campaign video released yesterday), who already has more than 40 public pledges from MPs

The Trade Secretary said he was supporting Mr Hunt because ‘dealmaking is in his DNA’ and he could unite the party.

But Mr Hunt is still a long way behind front runner Boris Johnson, who already has more than 40 public pledges from MPs.

However, other candidates such as former chief whip Mark Harper and ex-Commons leader Andrea Leadsom appear to be struggling.

The 1922 committee is meeting later to finalise how the Conservative leadership race will be handled amid growing criticism over the number of candidates.

In a biting intervention, Chancellor Philip Hammond swiped at Mr Johnson by demanding candidates be realistic about what can be achieved.

He suggested everyone would be ‘grumpy and dissatisfied’ over an eventual withdrawal deal, but one had to be agreed on.

The Chancellor told the BBC: ‘My challenge to all the candidates is explain to me how you will avoid becoming Theresa May mark two, stuck in a holding pattern.

‘And an extension of time to try to renegotiate, when the EU have already said they have finished the negotiation and, indeed, have disbanded their negotiating team, strikes me as a not very auspicious policy.’

He said: ‘We will all have to give up something to get to a deal that will work.

‘But in many ways that is the only way forward for the country.

‘If we end up with a deal that means half the people in this country think they achieved total victory and the other half think they have been totally defeated, that is not the recipe for unity in the future. 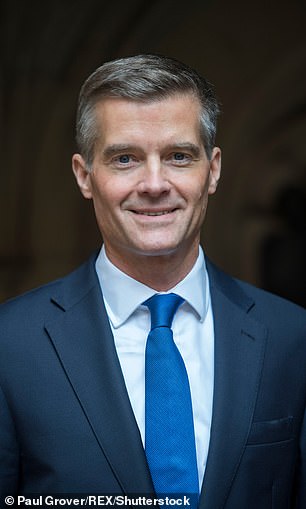 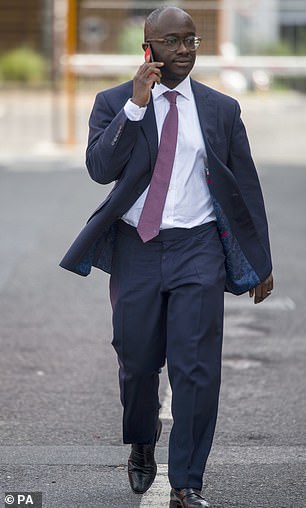 ‘And countries that are not unified are not successful.’

Mr Hammond admitted that Mr Johnson was favourite to be next PM, but insisted the ex-foreign secretary did not have a realistic solution to the Brexit deadlock.

The Chancellor said: ‘I’m clear that Boris Johnson is the favourite, look at the bookies’ odds at the moment.

‘I disagree with his approach to the Brexit problem.

‘He hasn’t, in my view, yet set out a realistic solution to managing Brexit.

‘Saying we will leave on October 31, deal or no deal is not an answer, because we won’t leave either with a proper deal or with no deal on October 31.

‘So, candidates need to be honest about the situation we are in.’

The One Nation group of ‘centre right’ Tory MPs is set to hold its first round of leadership hustings behind closed doors tonight.