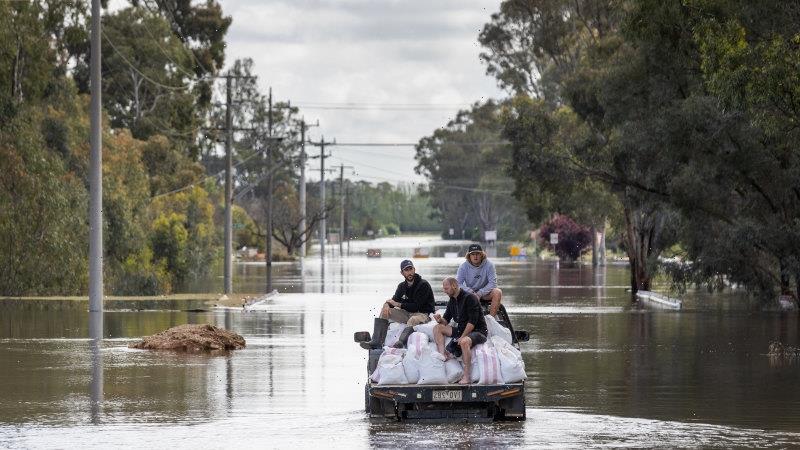 Some Echuca residents have been granted a short reprieve after torrential overnight rain failed to tip the swollen Murray River over the town’s 2.5 kilometre, 2-metre high makeshift levee.

The Murray, which has been threatening the Victorian border town for days, rose only slightly overnight – from 94.84 metres to 94.89 metres – after the skies erupted about 10pm. 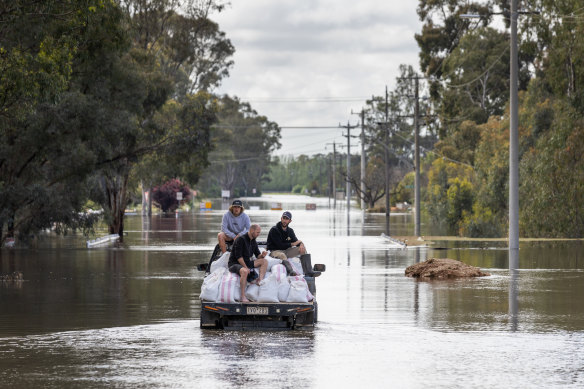 There was more rain in flooded Echuca overnight.Credit:Jason South

But exhausted residents were on tenterhooks on Monday morning, as emergency services agreed the Murray would hit a peak of close to 95 metres within hours.

Some cafes were open for residents needing a caffeine hit, and dogs were being walked as normal, but the tourist town’s usually bustling main streets were quiet on Monday morning.

Echuca received 34 millimetres of rain in the 24 hours to 9am on Monday, and the rain was still falling steadily throughout the morning.

The SES said it received eight call-outs for assistance in the 12 hours to 7am, mostly for water entering people homes and fallen trees. Across the state, the SES has received more than 8500 calls for help and performed 750 rescues over the past 10 days.

Braced for the peak

A week after an evacuation warning was first issued for the border town because of flooding from the Campaspe River, Echuca is still on high alert.

SES chief officer of operations Tim Wiebusch said the river had been slowly rising all week. It reached a level of 94.84 metres (Australian Height Datum, above sea level) at 3pm on Sunday.

Emergency crews visited 20 homes at Echuca Village on Sunday, warning them to evacuate because of seepage from the levee, Wiebusch said. 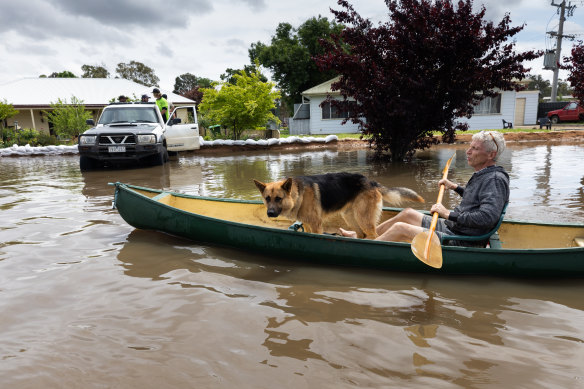 Kevin Dunque, a 62-year-old retiree, rowed to Bynan Street in a canoe with his German Shepherd, Grizz, on Sunday to check on his home.

He said most of the houses in his street had been inundated but his was slightly higher, and he had been lucky so far.

“I’ve got 100 millimetres left and they are predicting it will be more than that, unfortunately,” Dunque said.

“It’s right through all my sheds and underneath my house, of course. The next couple of days they are expecting another peak and I guess I am going to lose.

“It is what it is when you want to live on the edge of the bush. It’s just a wonderful spot to be. It’s hard to be angry with the waterways near you when you love them so much.”