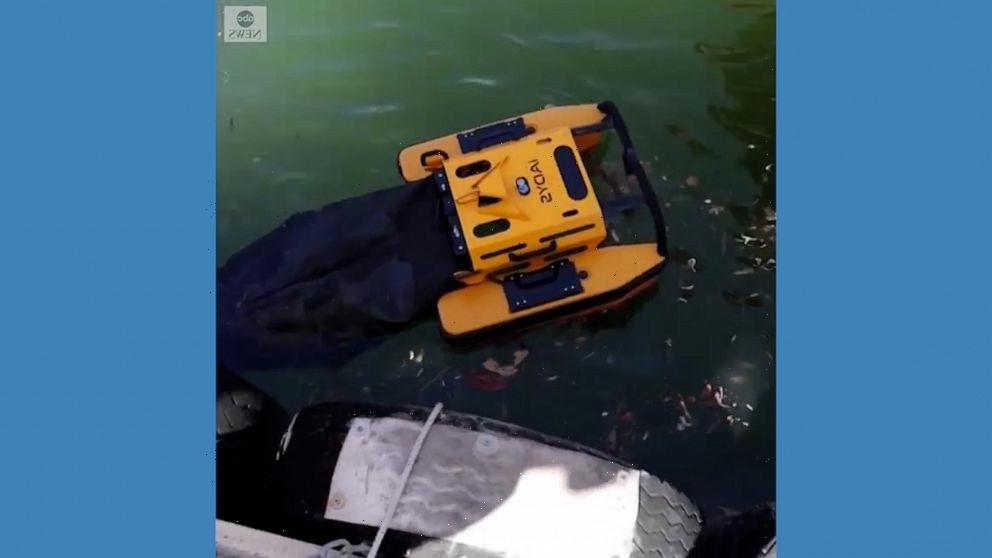 Officials say more than 600 tons (540 metric tonnes) of dead fish and other marine life have been scooped up in recent weeks along the St. Petersburg shoreline. There’s no immediate sign of relief and some experts say the problem could linger for months.

“The bay is not very happy right now, to say the least,” said Robert Weisberg, physical oceanography professor at the University of South Florida.

“The prognosis is not all that good,” Weisberg told the Tampa Bay Times.

St. Petersburg Mayor Rick Kriseman said at a news conference Wednesday that state assistance is needed to tackle the red tide bloom. So far, no emergency declaration has been forthcoming from Gov. Ron DeSantis.

“Right now, it’s all about clean up,” Kriseman said. “It’s pretty awful. The odor sticks to you. Plus, there’s the emotional toll of seeing dead animals wash up day after day.”

Red tide is a naturally occurring phenomenon that has been observed in the Gulf of Mexico since the days of the Spanish explorers but can be exacerbated by nutrients such as nitrogen. The presence of the toxin-producing microorganisms of this magnitude in Tampa Bay is unusual, with some samples showing concentrations 10 to 17 times above what is considered a high level.

One potential cause is the April leak of tens of millions of gallons of contaminated water from the old Piney Point fertilizer plant along the bay in nearby Manatee County. Scientists have not yet pinpointed the reason for massive red tide bloom but said the leak is a chief suspect.

“We have no reason not to link those two things together,” said Maya Burke, Tampa Bay Estuary Program assistant director.