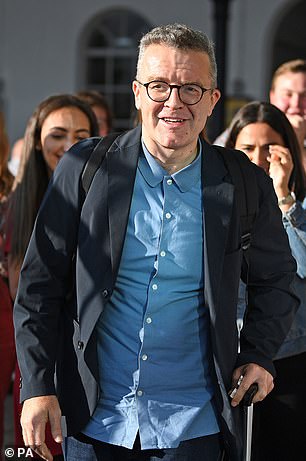 Allies of Jeremy Corbyn moved to try to oust Labour deputy leader Tom Watson because they believed he was plotting with rebel Tory and Liberal Democrat MPs to form a Government of national unity, The Mail on Sunday has learned.

Mr Corbyn was yesterday forced to call off an attempt by his supporters to pass a motion at Labour’s annual conference in Brighton which would have abolished Mr Watson’s post after his MPs warned it would lead to ‘civil war’.

Labour sources said the Corbynistas had been ‘panicked’ by intelligence that Mr Watson had held talks about taking a prominent role – or even leading – a caretaker Government if Boris Johnson’s administration were to collapse amid continuing turmoil over Brexit.

The creation of such an administration has been suggested in a bid to block No Deal. But the pro-EU Liberal Democrats, 21 rebel Tories and even some Labour MPs have all said they would not accept Mr Corbyn as its leader.

A spokesman for Mr Watson last night dismissed the claims as ‘utter nonsense’. He is now expected to make a spectacular speech at the conference this week, tackling Mr Corbyn head-on.

His allies say it could even rival Neil Kinnock’s famous 1985 conference address during which he savaged the party’s ultra-Left wing Militant tendency for ‘the grotesque chaos of a Labour council – a Labour council – hiring taxis to scuttle round a city handing out redundancy notices to its own workers’. 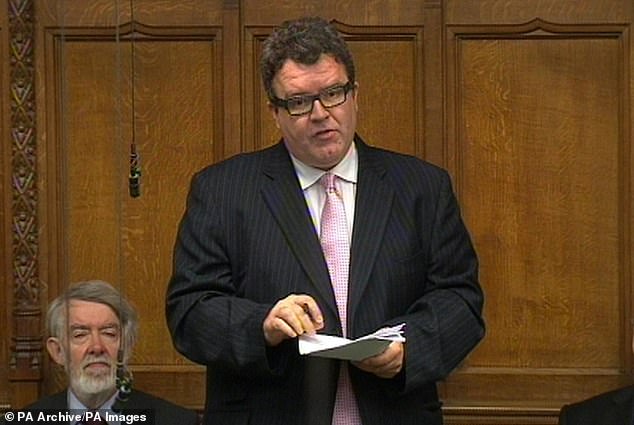 Members of the Labour Party’s ruling NEC tried to strip Mr Watson of his job at a meeting on Friday while he was 200 miles away at a Chinese restaurant in Manchester.

Sources told this newspaper they had been overheard earlier in the week discussing how to remove him. 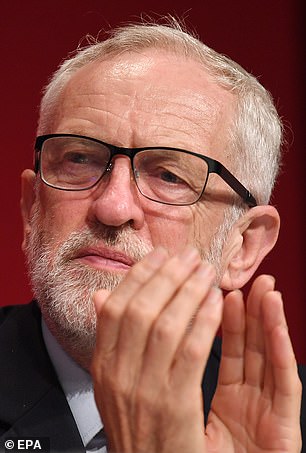 A party source said: ‘This ridiculous, failed coup has wrecked the start of a conference where we should be preparing for an Election – not staging a public civil war.’

The abolition move was abandoned after Mr Corbyn himself intervened to propose a compromise ‘review’ of the deputy leader role, which Mr Lansman agreed was ‘absolutely the best way’ of ensuring Mr Watson and his successors were accountable to party members.

However, the bid to abolish the deputy leader post is just the latest in a series of attempts by Corbyn loyalists to punish pro-Remain Mr Watson’s ‘disloyalty’. He angered them by setting up his own Centre-Left group within the party and openly defied Mr Corbyn by calling for a second Brexit referendum ahead of a General Election.

A spokesman for Mr Watson, who was clapped and cheered as he arrived at the conference yesterday, dismissed the plot claim, saying: ‘This is utter nonsense being used to justify a failed factional coup against Tom.’

Earlier, Mr Watson branded Mr Lansman’s motion more worthy of a country like Venezuela – a dig at Mr Corbyn’s defence of the crisis-hit South American country – and accused him of trying to shut down debate over Brexit within the party.

He said: ‘It’s a straight sectarian attack on a broad-church party. It completely goes against the sort of traditions that the Labour Party’s had for 100 years.’

He defended his decision to offer a ‘dissenting’ voice on Brexit, arguing that Labour needed to ‘campaign for Remain’ and said: ‘I just think Jon Lansman and his faction are so angry about that, they’d rather abolish me than have a debate with me about it.’

He added: ‘I was elected by the members. If people want to remove me, let the members remove me, rather than having a secret paper at a meeting at the last minute.

‘These kind of things happen in Venezuela. They shouldn’t be happening in the UK.’