Produce and star in a globetrotting, stunt-heavy action movie in the middle of a global pandemic. That was Tom Cruise’s mission … and he chose to accept it. The Top Gun: Maverick star and his regular collaborator, director Christopher McQuarrie, started working on the two-part Mission: Impossible adventure just as COVID-19 shut down film productions across the world. But Cruise & Co. soldiered on (with some controversy and a run-in with the virus), and the fruits of their labor are on display in the just-released M:I 7 trailer, which is already taking the internet by storm a full year off from its July 14, 2023 release date. (Watch the trailer above.)

The official trailer for Dead Reckoning, Part One, as the seventh film is called, landed early Monday just days after a leaked version surfaced online. 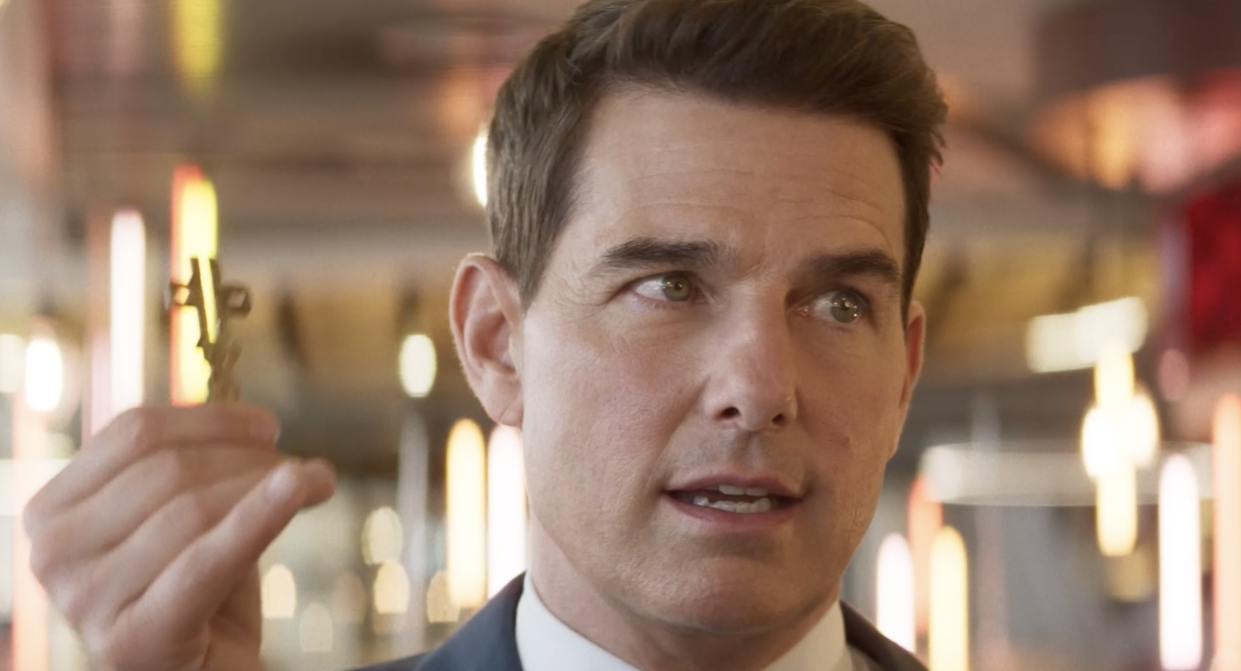 The film marks the beginning of the end for Cruise’s super-spy alter ego, Ethan Hunt. As far back as Mission: Impossible — Ghost Protocol, speculation has raged about when Cruise would be ready to retire the character, and the next two movies appear to be the franchise’s series finale. McQuarrie drives that impression home with some direct callbacks to the very first Mission: Impossible, which blasted into theaters in the summer of 1996.

Those callbacks include the returns of Henry Czerny as former IMF director Eugene Kittridge and a traintop fight between Cruise and new bad guy Esai Morales that echoes the climax of the original movie. Even Cruise’s close-cropped hairstyle resembles the younger Hunt’s look.

But Dead Reckoning won’t just be a crash course in ’90s nostalgia: the film also brings back allies and adversaries who have been introduced in successive entries, including Simon Pegg’s Benji Dunn, Rebecca Ferguson’s Ilsa Faust and Vanessa Kirby’s Alanna Mitsopolis. Leaping into the M:I mix with both fists is Captain Carter herself, Hayley Atwell, who plays Grace — a new character with ambiguous loyalties. Also along for the ride is Ving Rhames’s Luther Stickell, who has been a loyal ally of Hunt’s from the very first film.

If this really is Ethan Hunt’s last ride, Cruise and McQuarrie are sending the character out in grand style. In March, The Hollywood Reporter reported that the duo have planned some enormous set-pieces for the seventh and eighth films, including a submarine sequence that pushed the cost of Dead Reckoning, Part One to nearly $300 million. There are no submarines in this first teaser trailer, but there is a lot of other next-level action, including a shot where Cruise rides a motorcycle off a cliff and plunges hundreds of feet — presumably (hopefully?) unleashing a parachute before he hits the ground. 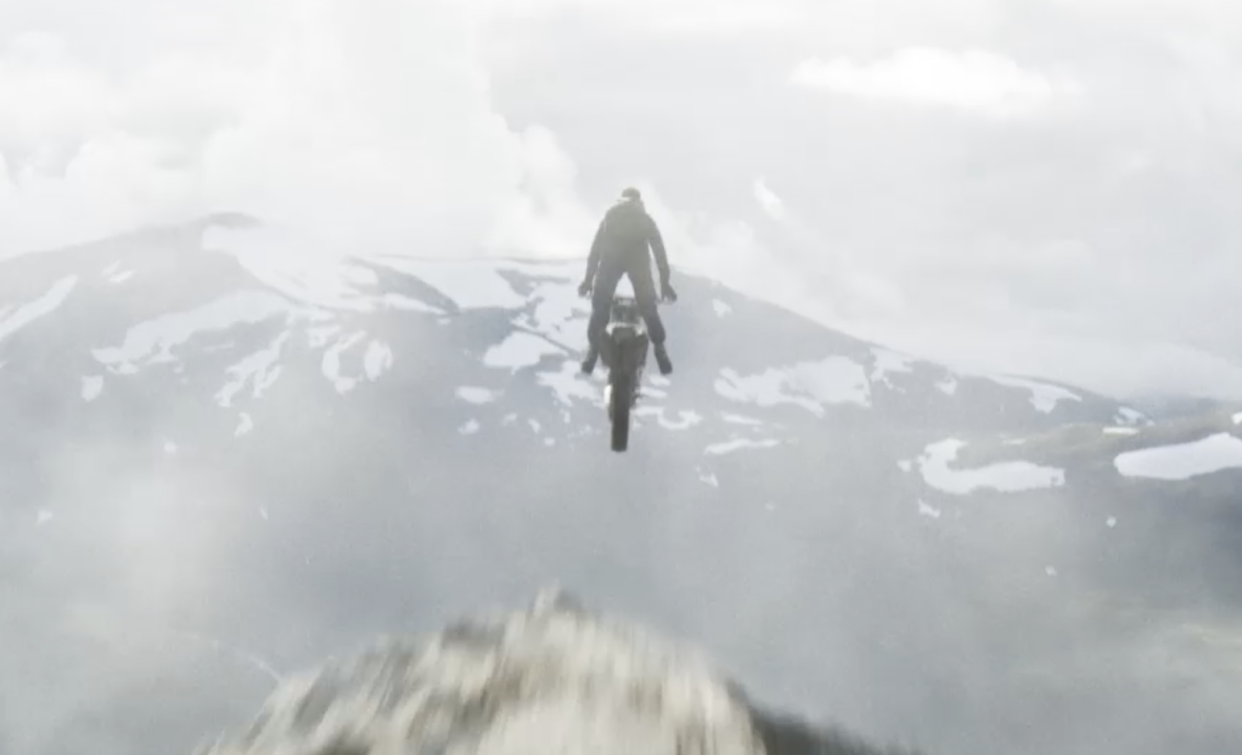 Asked about his penchant for performing death-defying stunts during a recent appearance at the Cannes Film Festival, Cruise responded: “No one asked Gene Kelly, ‘Why do you dance?’ I always thought there’s something that I can do and I wanted to push the art form, I thought, ‘How can I immerse an audience into a movie with this kind of action? And how can I entertain them? What can I do?'”

Based on the Twitter reaction, Mission: Impossible fans are most definitely entertained by this teasing glimpse of what Cruise has in store for Dead Reckoning.

I still say that Tom Cruise running is the greatest thing in cinema https://t.co/KdqIwdmlMo

Just watched the Mission Impossible trailer. You can tell Tom Cruise is finally starting to get older because he doesn’t do all of his own running in this movie. Sometimes he rides a horse instead.

Can’t wait for the communal experience of sitting in a dark room alongside complete strangers watching Tom Cruise hurl himself off a cliff. https://t.co/W5gvNlaTP1