Or continue, really, if we're being honest.

Tom Brady's season is over, so it's time to wonder what if until he makes the call on his NFL future. The 45-year-old future Hall of Famer addressed the topic on his "Let's Go!" podcast alongside interviewer Jim Gray on Monday. Even though he apparently didn't want to.

Around 12:30 into Monday's episode, Gray asked Brady if he had a timetable for deciding on whether or not to retire from football. Here's Brady's response:

You think Tom Brady is getting annoyed by people asking him about retirement or nah? pic.twitter.com/B7u5SqlF8B

Gray defended the query as "only the question everybody wants to hear."

"I appreciate your asking," Brady responded. "Thank you."

After an awkward pause, Gray moved on to another touchy subject — the NFL's $16,444 fine of Brady after Brady tried to trip Cowboys safety Malik Hooker in Tampa Bay's playoff loss to the Dallas Cowboys. Brady didn't hold back with this answer either. He's appealing the fine even though he admitted to Gray that he indeed tried to trip Hooker.

"I tried to tackle him with my right shoulder and missed him," Brady said. "And I wasn't gonna try to stick my arm out. I was trying to get him on the ground. I missed him completely. I didn't even hit him.

"I tried to trip him, but I didn't. I don't know how you can get fined for something that didn't even happen. Are they fining an intention? It's like targeting, and you miss the person you hit, and they still call it targeting. I've gotta figure out and understand why this is the case. It's a little odd. This is why I wish our NFLPA was stronger."

Here's the play in question:

On one hand, Brady's agitation should be taken with a grain of salt. This is his podcast, and saying anything remotely controversial is good for the program. He stretched out the will-he-or-won't-he game to great effect on the podcast during his retirement/unretirement saga in 2022.

On the other hand, he sounds genuinely agitated. And it's understandable that he would be. He's had a rough few months on multiple fronts.

Brady's likely sick of addressing the subject and would prefer to make the retirement decision on his own terms minus the constant prodding. He also surely realizes that that's not a reasonable option. Until he makes the call, the speculation — and the questions — will continue. 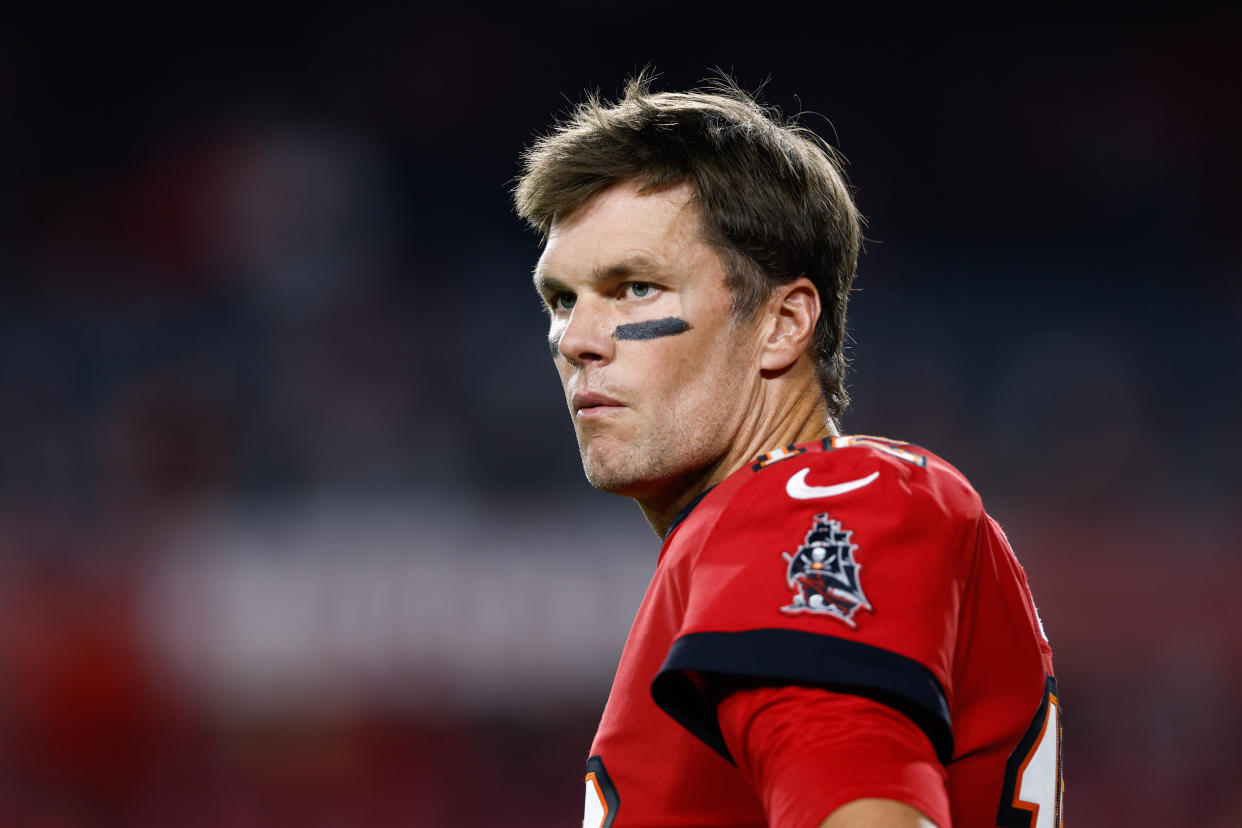