PARIS (Reuters) – France’s President Emmanuel Macron on Monday announced wage rises for the poorest workers and tax cuts for pensioners in further concessions meant to defuse weeks of often violent protests that have challenged his authority.

In his first national address following France’s worst unrest for years, Macron sought to restore calm and struck a humble tone after accusations his governing style and economic policies were fracturing the country.

But he refused to reinstate a wealth tax and to back down on his reform agenda, which he said would proceed in 2019 with overhauls of pensions, unemployment benefits and public expenditures.

“We will respond to the economic and social urgency with strong measures, by cutting taxes more rapidly, by keeping our spending under control, but not with U-turns,” Macron said in the 13-minute TV address from the Elysee Palace.

His response came 48 hours after protesters fought street battles with riot police, torching cars and looting shops – the fourth weekend of protests for the so-called “yellow vest” movement which started as a revolt against high fuel costs.

In measures that are likely to cost billions to state coffers, Macron said people on the minimum wage would see their salaries rise by 100 euros ($113.76) a month in 2019 without extra costs to employers.

His labor minister said this would be achieved by government topping up small salaries.

Pensioners earning less than 2,000 euros per month will see this year’s increase in social security taxes scrapped, Macron said, going back on a measure that had particularly hurt his popularity with older voters.

“The effort we asked for was too big and was not fair.”

“I TAKE MY RESPONSIBILITY”

Asked whether the budget deficit would be kept below the EU limit of 3 percent, an Elysee official said France had some wiggle room on spending if a one-off tax rebate, which inflates its deficit by 20 billion euros in 2019, was not taken into account.

Macron faced a delicate task: he needed to persuade the middle class and blue-collar workers that he heard their anger over a squeeze on household spending, without being exposed to charges of caving in to street politics.

The 40-year old former investment banker was also under pressure to make amends about cutting remarks he has made about the costs of welfare that critics say made him look aloof and arrogant. 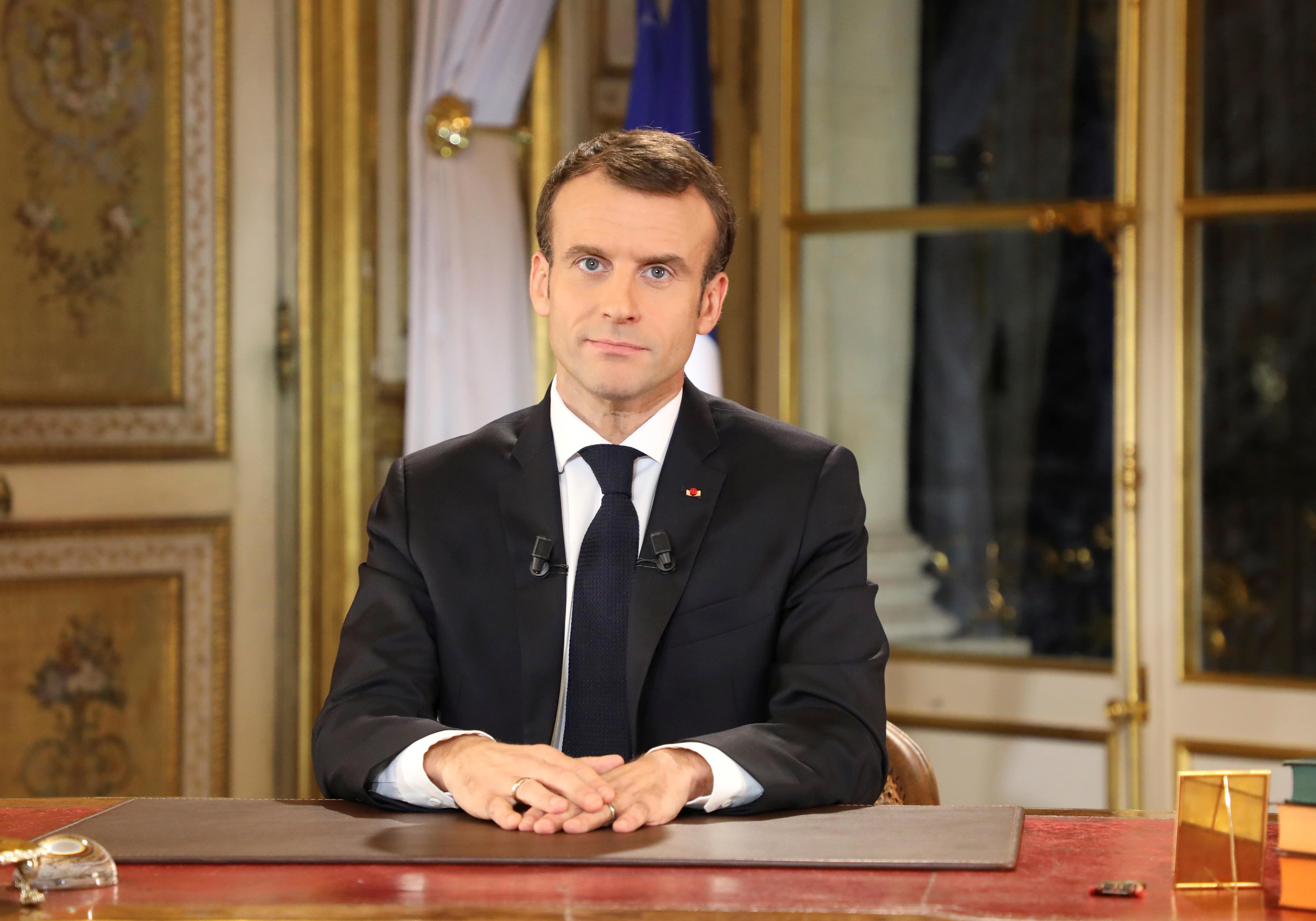 “No doubt over the past year and a half we have not provided answers that were strong and quick enough. I take my share of responsibility,” he said.

“I may have given the impression that I did not care about that, that I had other priorities. I also know that I have hurt some of you with my words.”

Political opponents, who have largely failed so far to tap into the discontent from the leaderless “yellow vest”, criticized Macron’s response as insufficient.

“Emmanuel Macron thought he could hand out some cash to calm the citizen’s insurrection that has erupted,” said Jean-Luc Melenchon, leader of the far-left La France Insoumise.

“I believe that Act V (of the protests) will play out on Saturday,” he said, referring to a new round of protests planned this weekend.

One of the faces of the “yellow vest” movement appeared unconvinced as well.

“In terms of substance, these are half measures. We can feel that Macron has got a lot more to give,” Benjamin Cauchy, who met the French leader last week, told France 2 television. 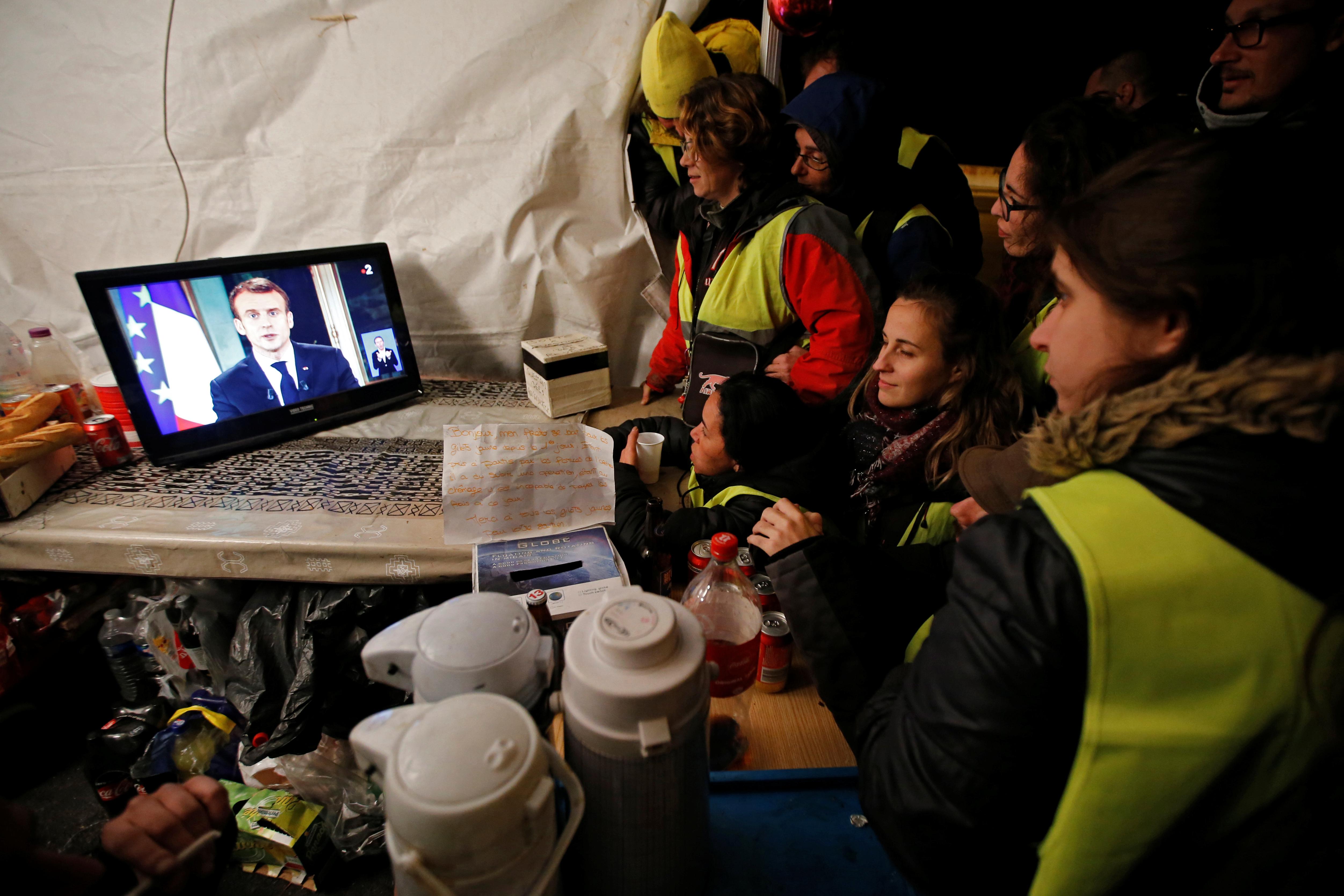