Caulfield Station could become a major bottleneck once the $13.7 billion Metro Tunnel is built in 2025, if multimillion-dollar upgrades to construct a new concourse do not go ahead.

The Victorian Transport Action Group is calling for up to $70 million worth of upgrades to the second-busiest station outside the city, arguing Caulfield station could face overcrowding if the need for better interchange facilities is overlooked. 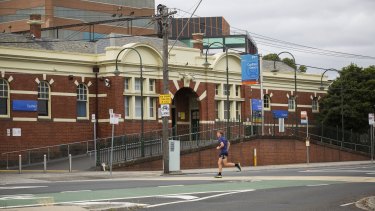 Caulfield Station had 4.7 million myki touch-ons in 2017/18, and patronage is expected to surge once the Metro Tunnel is built in 2025 and airport trains run through Caulfield four years later.

Many passengers using the new Metro Tunnel will interchange at Caulfield, as the new underground rail line connecting the Cranbourne/Pakenham and Sunbury lines will not stop at South Yarra, despite being 400 metres from the station. The government argues the cost of retrofitting the station is too high.

This means that commuters boarding inbound Frankston services at Malvern, Armadale, Toorak or Hawksburn and wanting to access the Metro Tunnel stations will have to travel back to Caulfield to change trains. 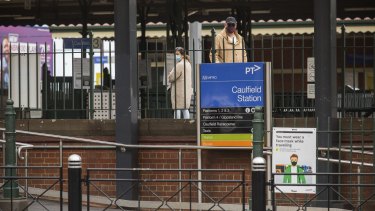 Public transport groups say the station needs an upgrade before the Metro Tunnel is complete.Credit:Paul Jeffers

The same goes for those travelling inbound on the Dandenong line wanting to access South Yarra, Richmond and Parliament stations, if they don’t change at Flinders Street and travel backwards.

The rapidly developing higher density residential precinct Caulfield Village located south of the station will also bring hundreds more residents to the station, which already has Monash University campus to its north and a proposed new light rail link to Monash’s Clayton campus.

“The Frankston line and Dandenong line come together at Caulfield station and as a result, there’s congestion already but that’s going to be exacerbated by the time the Metro Tunnel opens,” Mr Reece said.

“There is potential that a massive bottleneck is going to occur unless the station is redeveloped and the problem is that time is running out.” 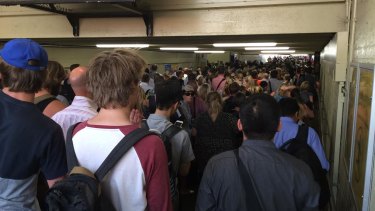 Crowds at Caulfield station during a line disruption in 2016.Credit:

Caulfield Station is largely not compliant with Disability Discrimination Act 1992 requirements and generally has poor-quality amenities including waiting areas and toilets. The station suffered serious crowding issues pre-COVID-19 and passengers are expected to leave and re-enter the paid area of the station to change trains, leading to delays and crowding.

The station’s underpass- which lacks capacity for the high volume of passengers expected to interchange to and from Metro services – already faces structural issues, resulting in an intermittent 25km/h speed limit for all trains passing over it.

The rail group has proposed a new concourse over the rail lines at the western end of the station, which would be similar to the one constructed at Footscray station a decade ago for more than $30 million.

In a report on the need for Caulfield station upgrades, the group also called for a turnback platform for airport trains, which would otherwise have to run largely empty to the next turnback at Westall outside of peak periods, which is inefficient and adds to operating costs.

The group also calls for the reinstatement of track between platforms one and two that was removed in the early 1990s for freight services on the Cranbourne line. This would open up capacity for freight trains up to around 600 metres in length to reduce delays to faster passenger trains, the group suggests.

“When the Metro Tunnel opens, there will be a lot more people changing trains between lines, so it makes a lot of sense to upgrade Caulfield as soon as possible.”

Cr Esakoff said upgrades to Caulfield station were needed to address projected increases in patronage, confined platforms and circulation, limited passenger information, and inconvenient interchange points between services like buses and trams. The council is advocating these upgrades as part of the Caulfield Station Precinct Structure Plan.

“The station also presents a major physical barrier between the areas north and south of the railway line. There is an opportunity to create better connections to the adjoining Caulfield Racecourse and Monash University,” Cr Esakoff said.

A state government spokeswoman said $5.5 million was budgeted to plan for track-improvement works near Caulfield station. This was needed to untangle Victoria’s busiest train lines in time for the Metro Tunnel’s opening, she said.