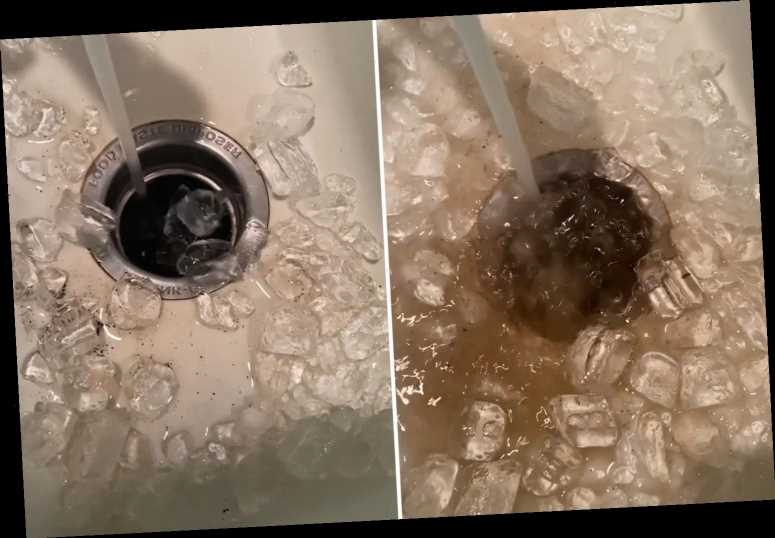 TIKTOKERs are cleaning their garbage disposals in their sink using ice and hot water in an easy tip.

Users were left shocked at one video that showed the brown gunk that came up from the drain – but it quickly went away and left the disposal running smoothly. 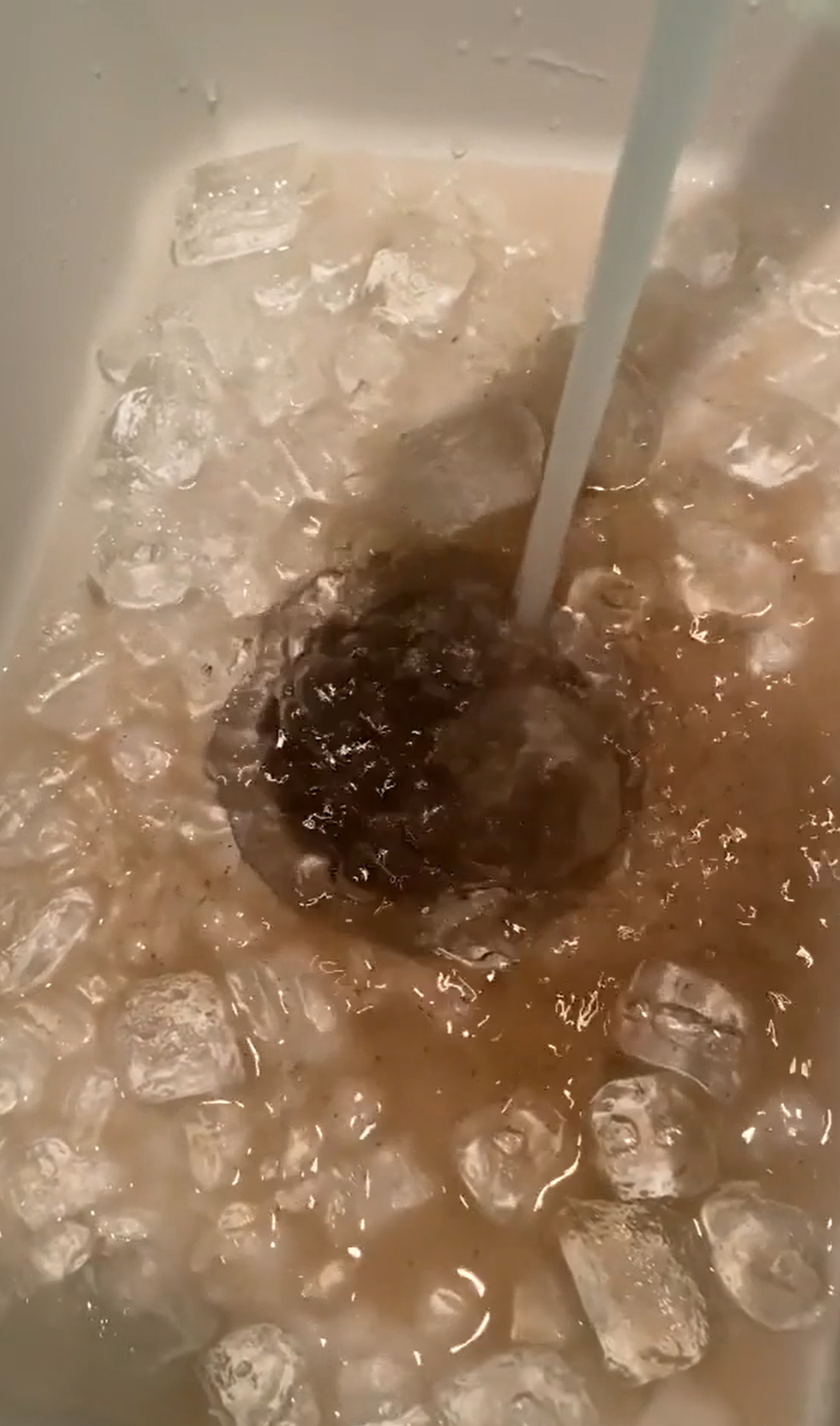 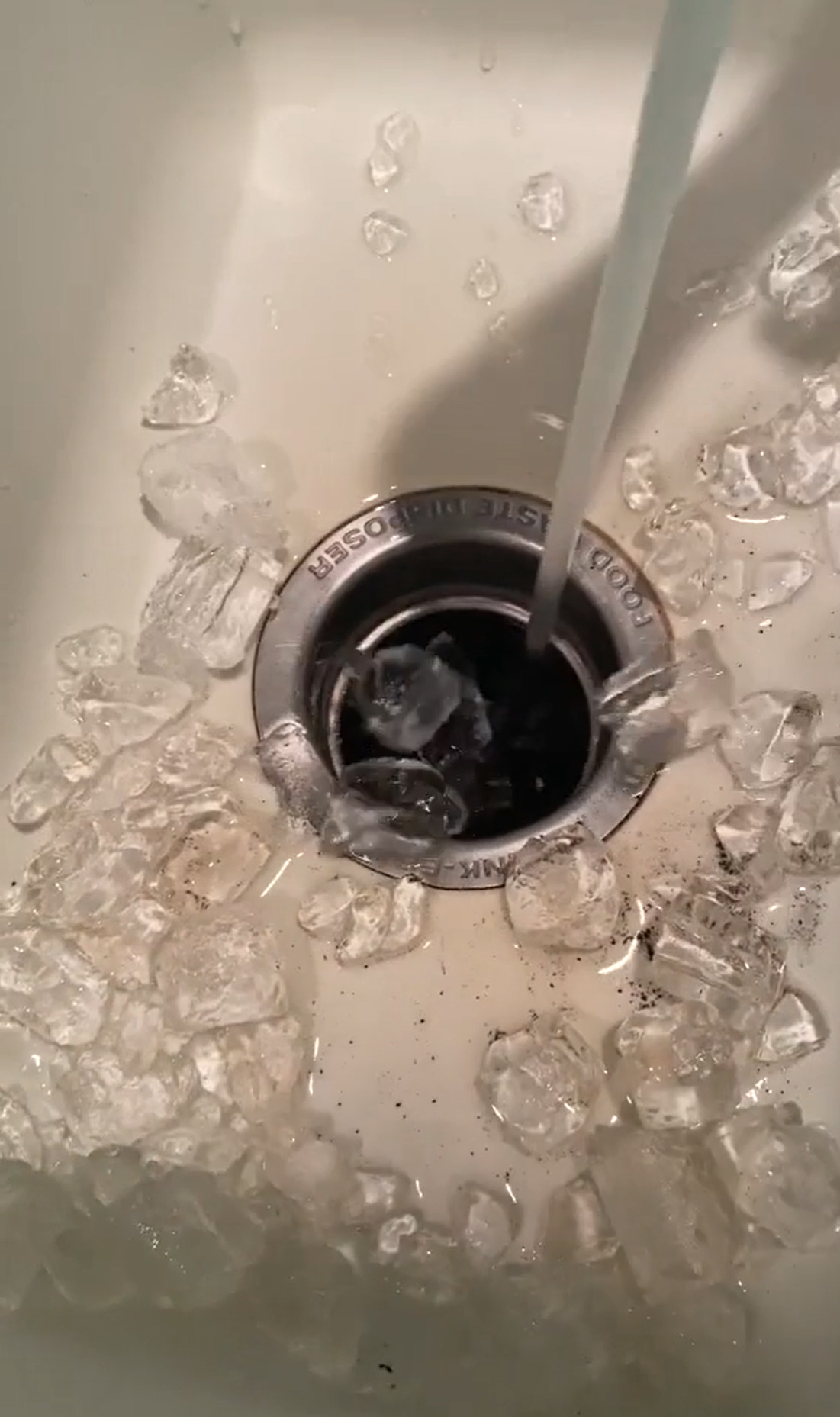 TikToker @aahvee56 shared the clip showing him cleaning his sink.

The clip used audio from user @dm3lt, who first shared the tip.

"Shove a bunch of ice down into your garbage disposal," the audio instructed.

The video showed the garbage disposal chopping the ice as the user, whose name is Anthony, pushed it down the drain.

"Then while it's running, you turn on the hot water," the video said.

After the hot water began running over the ice and down the drain, brown murky water pooled in the sink. 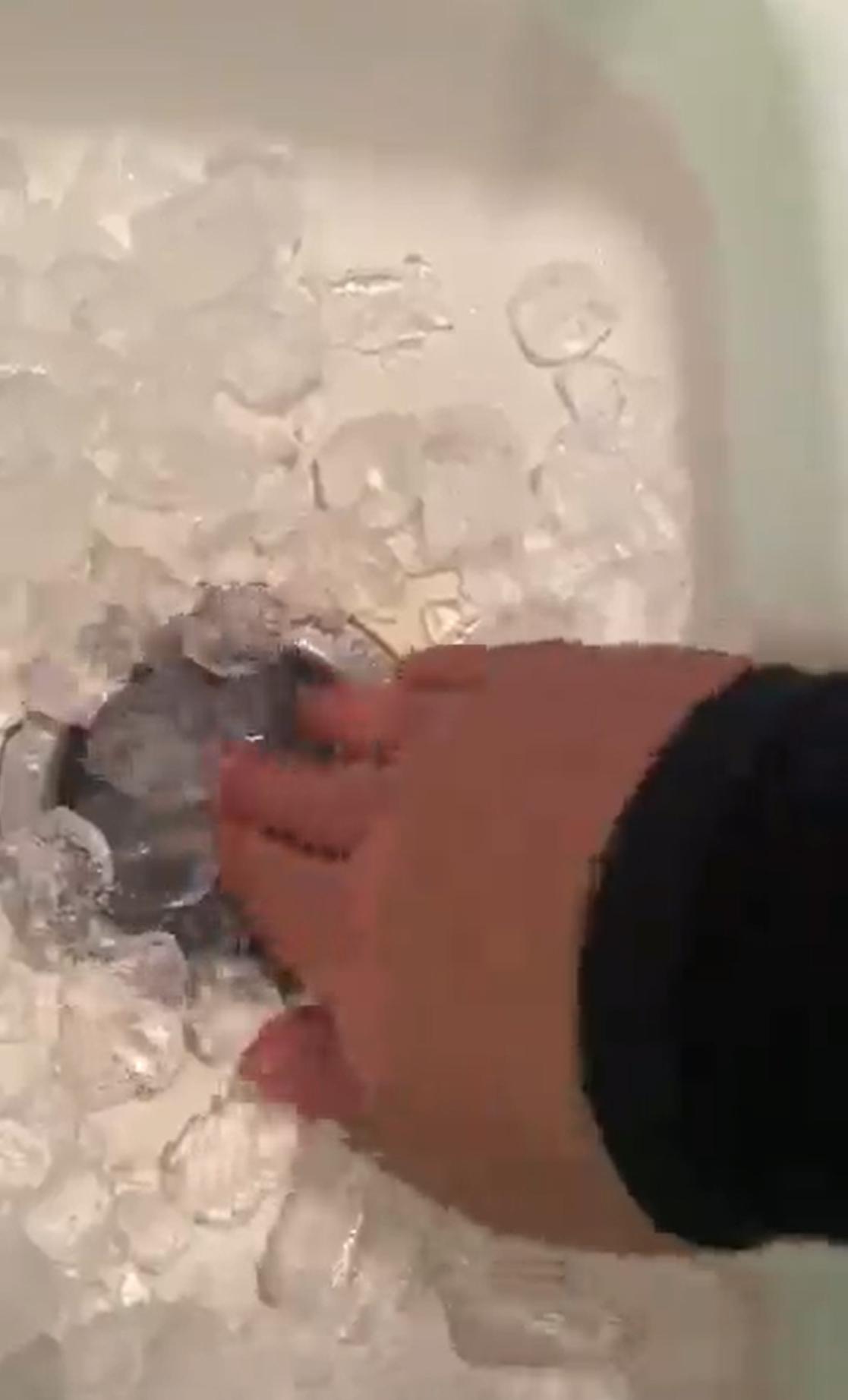 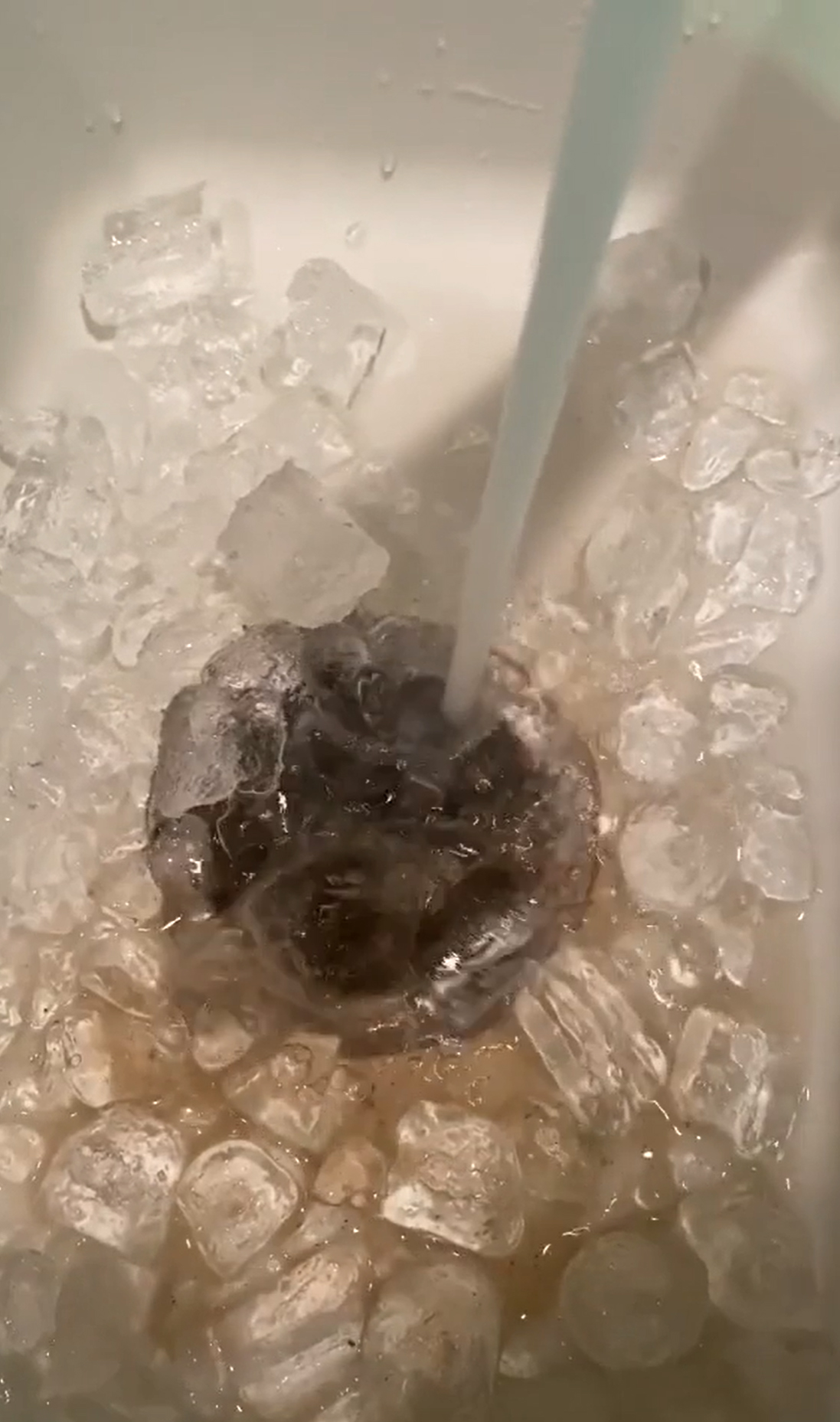 A few seconds later, however, the water quickly went down – as the disposal began to unclog and run clearly.

The leftover ice then went down the drain, leaving the disposal and sink clean.

"A plumber told me to do this," one user commented," noting the advice parallels experts'.

One user said "I got this for myself now." 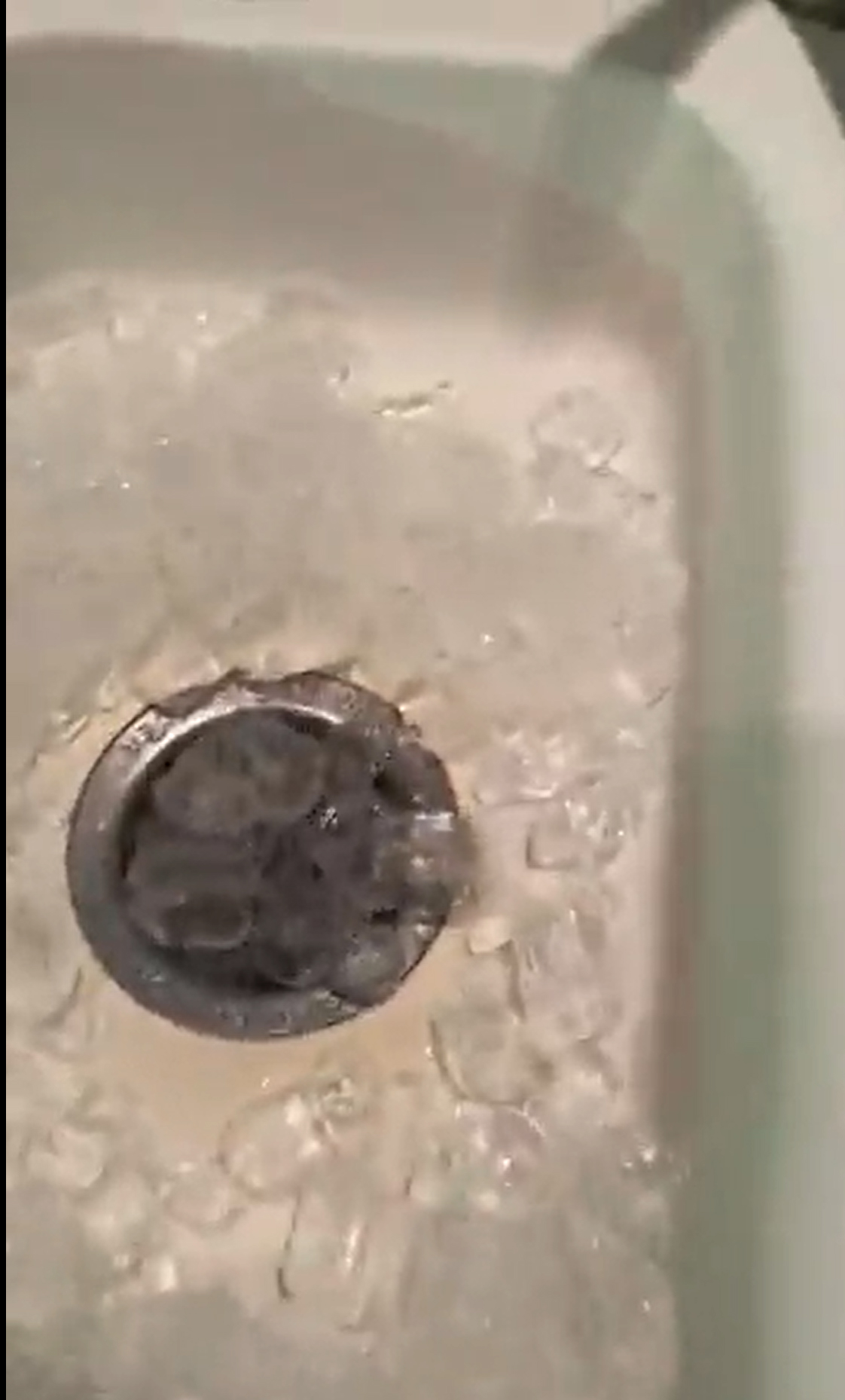 Some users suggested other tips to help with the smell and cleaning – including using sliced lemons or limes and baking soda.

Other users urged caution in pushing the ice down the sink with the disposal running – so people would not cut themselves.

In other cleaning tips, people came to the rescue when one woman used liquid dish soap in her dishwasher instead of detergent – and it resulted in a sudsy explosion.

One mom showed how she strips paint in just seconds – and was praised as a "lifesaver" for it.

Another mom shared a tip to get her grotty shower screen sparkling clean.