A thug who beat a mother-of-two and left her a bloody mess in front of her children as he branded her terrified son a ‘f******’ rat has avoided jail.

Tony Lloyd, 29, punched Laura Bonney, 24, outside her home as she helped the youngsters into the car.

She was left with permanent scarring and needed four stitches after Lloyd also spat at her following a long-running fued.

Relations between Lloyd, Mrs Bonney and her husband, Daniel, boiled over on June 3 last year, a judge was told. 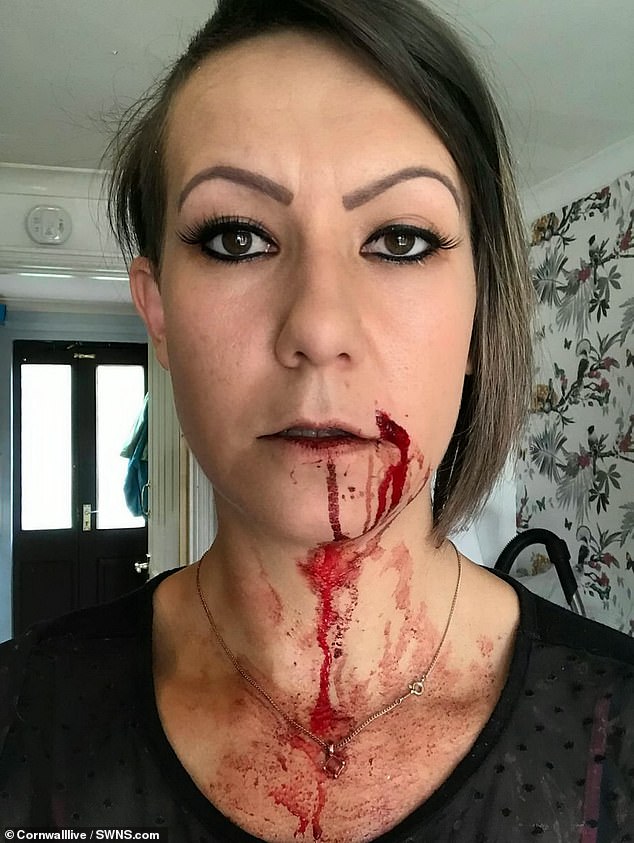 Prosecuting, Philip Lee said there had been ‘a background of bad feeling between the parties’ and the violence was in response to comments said to have been made by Lloyd to the Mrs Bonney’s young son.

The court was not told the origin of the feud and the children’s ages were not mentioned. 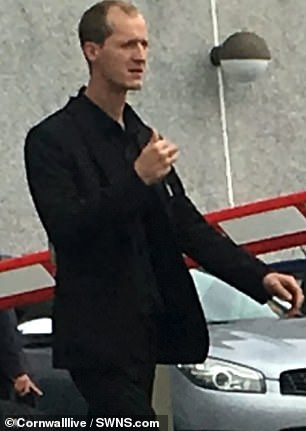 ‘They came close and the defendant was calling Laura Bonney trying to goad Mr Bonney.

‘The defendant told police that Laura Bonney kicked him in the groin causing him to stumble back.

‘The defendant then struck Laura Bonney with a hard punch to the side of the face and as a result she fell to the ground.

‘A neighbour, Emma Matthews, describes Laura Bonney stumbling back and slumping down the side of a car like a cartoon character. It is possible she was knocked unconscious.

‘The two men continued fighting on the floor, the defendant telling police he ‘got a kicking’, while Laura Bonney was bleeding from the face.

‘The defendant’s partner came out to prevent further trouble but he continued to shout and gesticulate.’

Mr Lee added how the defendant then approached the Bonney’s car and kicked a car door against them, also spitting at them while the two young children sat inside the car.

‘The defendant was arrested at his mother’s house and told police he went out to confront the Bonneys about the abuse when Laura Bonney “kicked him in the bollocks”,’ he said, adding: ‘He said that he then hit her without thinking but was kicked in the head by Daniel Bonney while on the ground.’

Mrs Bonney said outside court that she suffered pain and anxiety after the attack and claims she was forced to move out of the area of Cornwall, where she had grown up. 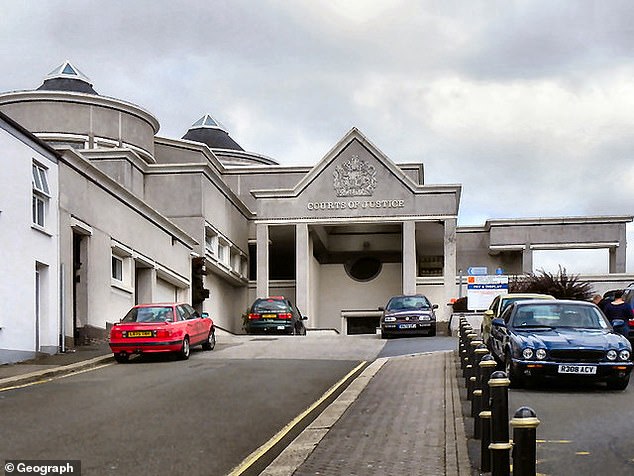 Sentencing Lloyd, Judge Robert Linford said: ‘Neighbourly disputes can become most acrimonious. I’ve got no idea what lay behind this and the truth probably lies between what the prosecution say and what you told the police.’

Lloyd, who pleaded guilty to affray, was made subject of an 18-month community order, consisting of 20 rehabilitation activity requirement days to address his anger problems and 120 hours of unpaid work.

He was also ordered to pay Laura Bonney £500 compensation as well as being made subject of a three-year restraining order preventing him from contacting the Bonneys, who have since separated.

Speaking outside court Laura said she had suffered a lot of trauma over the incident.

She said: ‘It’s been going on for a while. Initially we got on well but when I got back together with my partner things changed. It’s been absolute hell.’

Laura said she was getting the children in the car in preparation for visiting her mother when she was attacked.

She added: ‘My son wandered off into an alleyway and I heard him shouting at my son calling him a f****** rat. He was absolutely petrified.

‘He goaded me, calling me a slag and a whore so I rushed the kids into the car then he started on me. I put my arms and legs out to try and keep him away and that’s when he punched me in the face.

‘There was blood everywhere and then he started kicking the door while my children were getting into the car. Of course they were absolutely terrified..’