Chilling video footage has captured the moment a gunman jumped out of a car and opened fire on a victim in the middle of a busy south London street.

The hitman chased his target down the street armed with a pump action shotgun and fired two shots, before fleeing the scene in a car.

Witnesses screamed as the 24-year-old victim suffered a gunshot wound to his leg in Clapham, south London, on June 4. 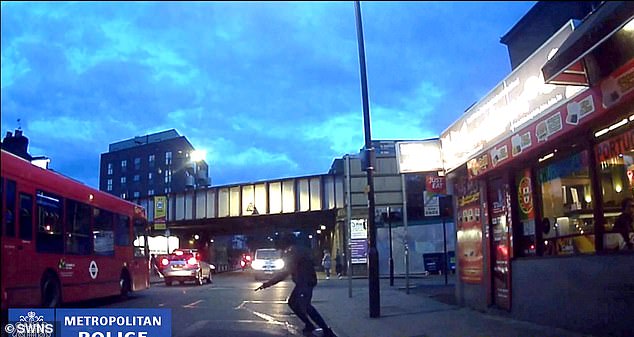 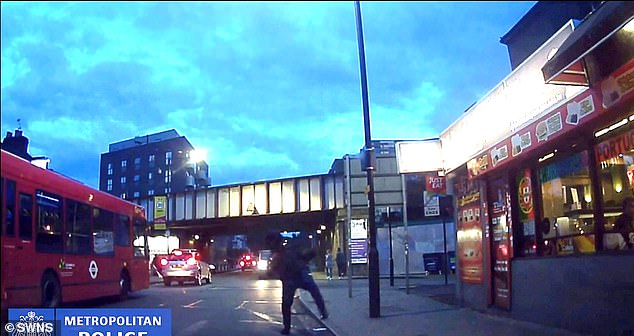 Witnesses looked on in horror as the shooting took place in Clapham, south London

Detectives from the Met’s Trident anti-gang unit have released footage of the drama unfolding outside The Falcon pub, just yards from Clapham North tube station, in a bid to catch the suspect.

Officers attended the scene just after 9.30pm on June 4, but there was no trace of any victims or suspects.

Some 15 minutes later the victim turned up at a south London hospital suffering from a gunshot wound to the leg.

His injuries were declared not life-threatening and he has since been discharged from hospital. Detectives have linked the patient to the incident. 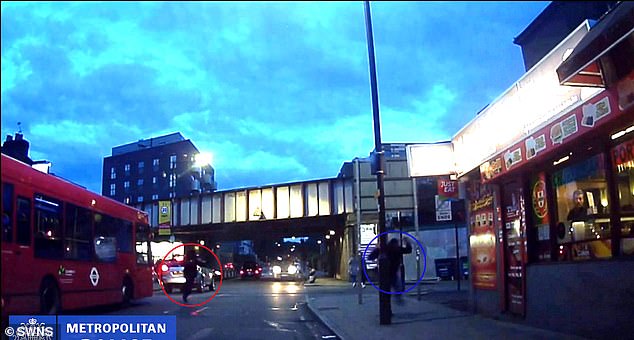 The hitman chased his target down the street armed with a pump action shotgun and fired two shots, before fleeing the scene in a car 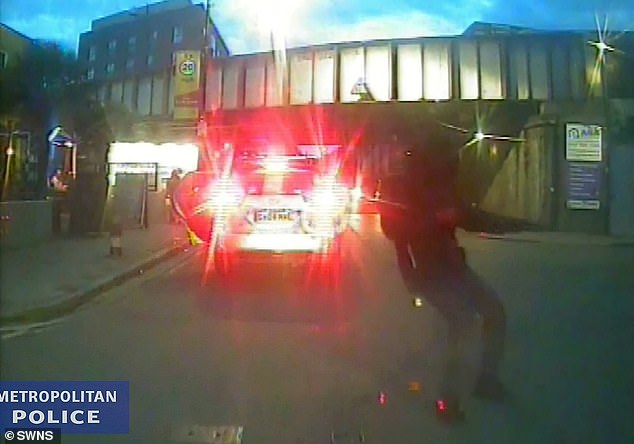 Detectives have released footage of the drama unfolding, in a bid to catch the culprit 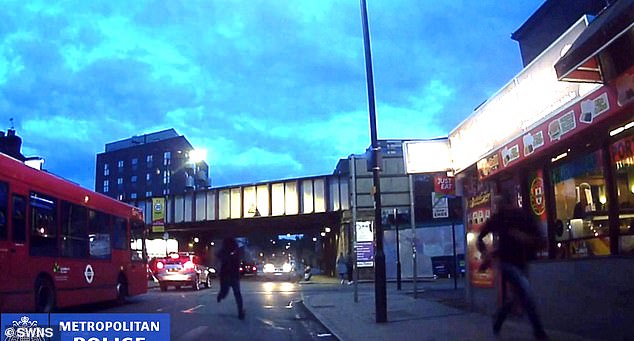 Witnesses screamed as the 24-year-old victim suffered a gunshot wound to his leg in Clapham, south London, on June 4

Det Con Melanie Burridge said: ‘This appears to be a deliberate attempt on a man’s life with a deadly weapon.

‘It was committed on a busy street and placed the public in immediate danger. I am asking anyone with information to contact us immediately.

‘We cannot allow such deadly crimes on our streets and our communities need to work with us to stop them. ‘

DC Burridge said: ‘As a result of reviewing footage officers are aware that a light coloured Lexus RX 300 on false plates pulls up outside The Falcon pub.

‘A man gets out holding a pump action shotgun. He then runs towards the victim and discharges two shots.

‘The victim ran off and the suspect returned to the car and drove off. The car has not been recovered. A shell casing was recovered at the scene. At this stage there have been no arrests.’

Any witnesses or anyone with any information are asked to call police on 101.