THREE in 10 employees don’t take a lunch break when working from home – according to new research.

A survey of 2,000 Americans working from home found 29 percent don’t take any meal breaks during the workday. 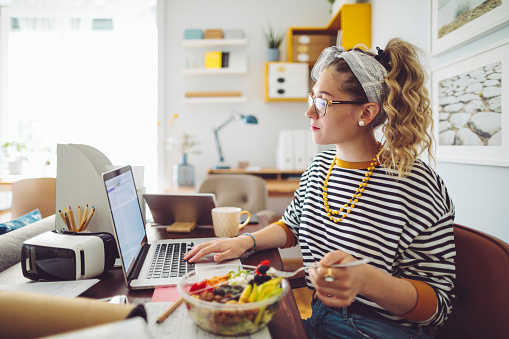 And six in 10 feel guilty for taking any kind of break during work hours.

Conducted by OnePoll on behalf of Freshly, the study also probed workers’ productivity concerns, as well as the new hats they’ve begun to wear within their households.

This is probably because, in addition to work responsibilities, workers also contend with three distractions from their partner on a typical day — with neighbors, deliveries and pets also commonly cited as sources of distraction.

Those with kids can expect an additional three interruptions on an average workday. 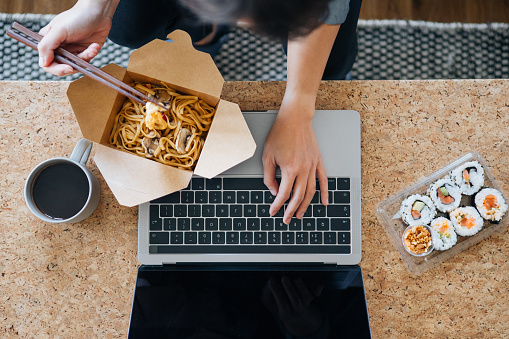 The workout of attempting to maintain work-life balance under these conditions is weighing on respondents, as 65 percent said that at the end of each workday, they find themselves exhausted from having to juggle the demands of both work and family life while working from home.

When it comes to new roles they’ve begun to play within their home as a result of beginning to work remotely, three in 10 have become the household chauffeur.

Thirty-seven percent have become the “daycare supervisor,” and four in 10 have been appointed the “remote schooling tutor.”

And half of respondents have become the household chef since beginning to work from home full-time.

"As more Americans join the at-home workforce, it is clear they are wearing 'many hats at home' that often eliminate the time needed to prepare fresh meals," said Freshly Founder and CEO Michael Wystrach. 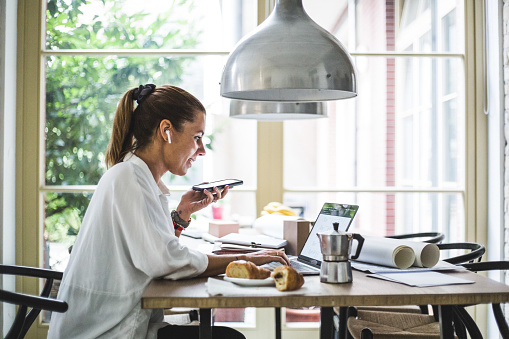 The survey also examined the impact of working from home on Americans’ mealtimes and eating habits.

Seven in 10 said they often find themselves stumped on what to make for lunch during a busy workday filled with mid-day calls and meetings.

And 68% said that what used to be planned meal times before they started working from home have now turned into a series of unplanned, frantic snack breaks between calls and meetings.

The effects of these new habits are starting to show, as seven in 10 said traditional mealtimes no longer have any bearing on when they’re hungry or will eat.

In addition to changes in eating schedules, 64 percent admit their nutrition takes a backseat when they work from home.

And 63 percent said the stress of working in their home environment and the fatigue that comes during and at the end of this kind of workday has made them more likely to order out for lunch and dinner.

“Just because they don't have the time to cook in the middle of a busy workday, it doesn't mean they need to skip meals altogether or resort to unhealthy, expensive or unsatisfying options out of convenience,” Wystrach added.

“Options like Freshly require no prep, are affordable and don’t skimp on nutrition or taste.”