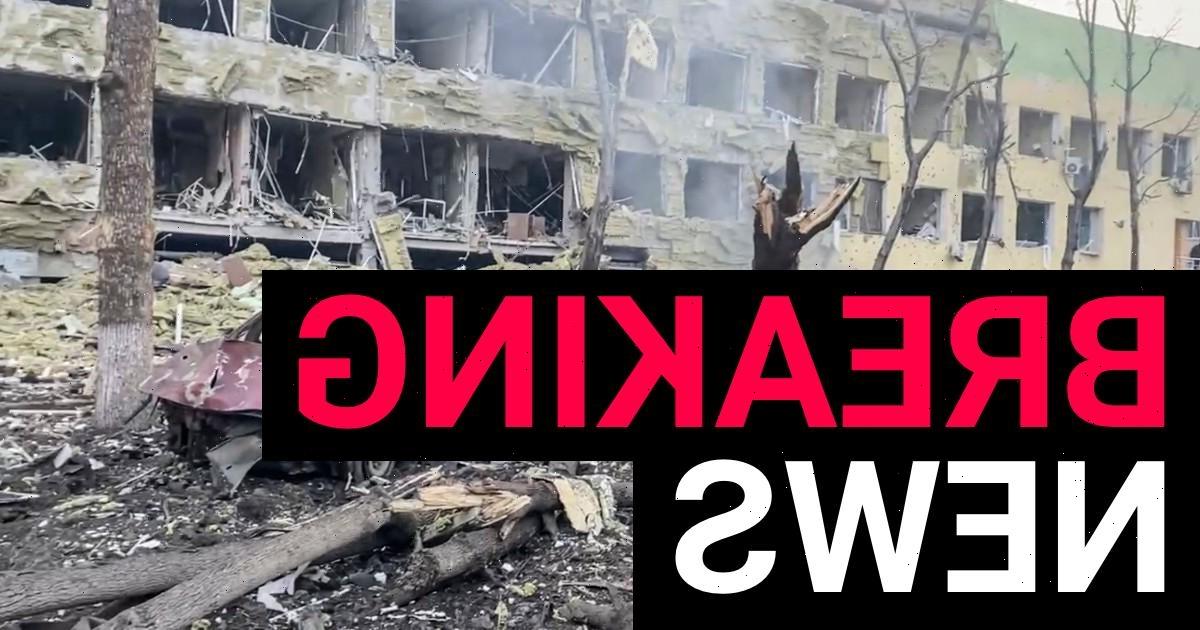 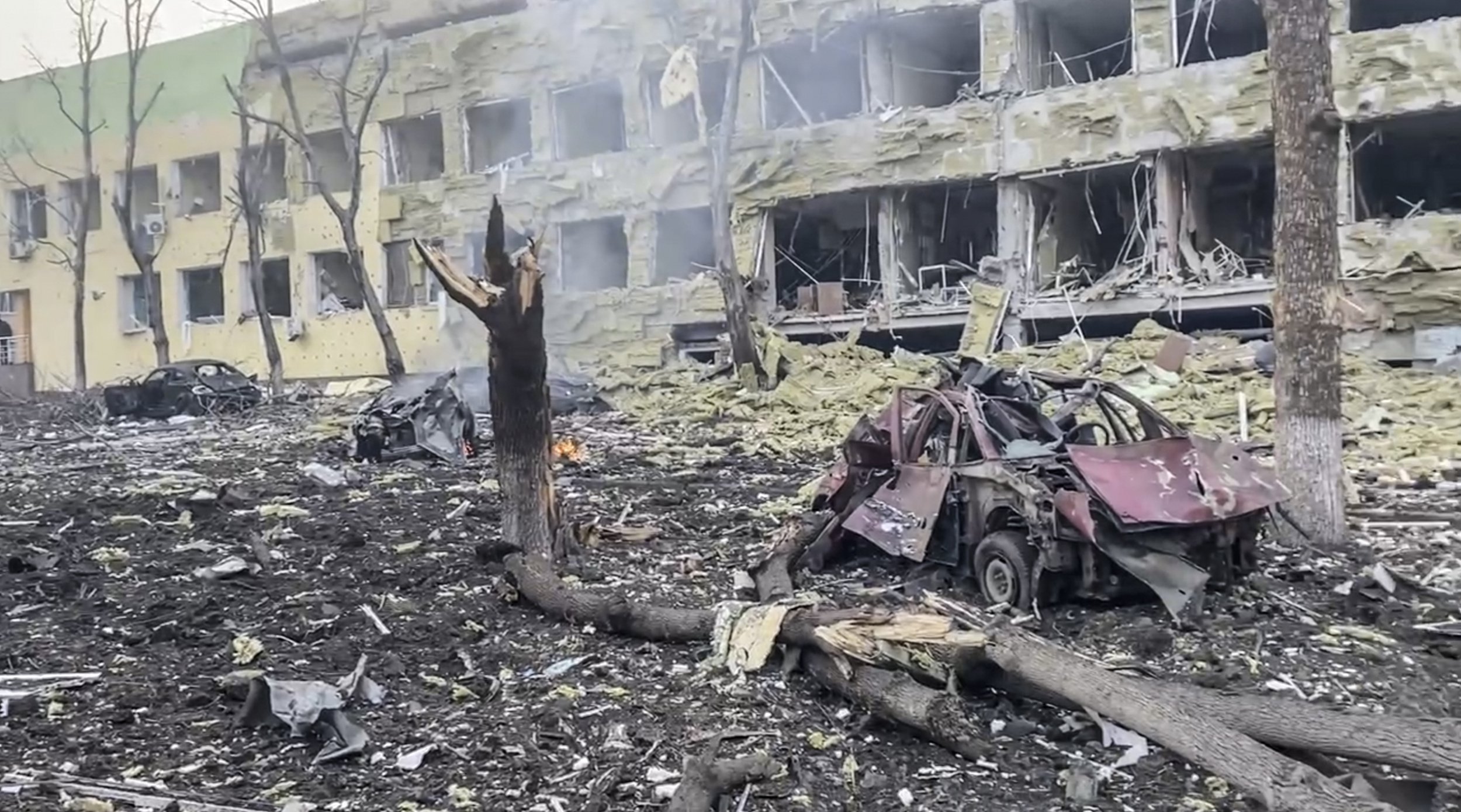 A little girl is among three dead after Russia bombed a children’s and maternity hospital in Ukraine while women gave birth.

President Putin has been accused of war crimes after striking the medical facility in the southern port city of Mariupol when a ceasefire was in place.

Mariupol City Council said 17 people, including women in labour, children and doctors, were wounded in the attack. A six-year-old child and two others died.

‘To date, it is known that after the terrorist bombing of the children’s hospital in Mariupol by Russian aircraft, some 17 people (children, women, doctors) were wounded, three died, among them one child is a girl,’ Mariupol City Council said in a Telegram statement.

Authorities said the hospital was ‘completely destroyed’ in the missile attack.

The building was hit ‘several times’ by high-explosive Russian bombs – one of which missed the hospital by yards and left a crater two-stories deep.

Other bombs scored ‘direct hits’, according to President Zelensky, who described the attack as an ‘atrocity’ and ‘the ultimate proof of genocide against Ukrainians’.

Ukraine’s deputy Prime Minister, Olha Stefanishyna, said there can be ‘no doubt’ the hospital was deliberately ‘targeted’ by Russia in a chilling echo of tactics used during the bombing of the Syrian city Aleppo while Putin’s men were fighting alongside dictator Basahr al-Assad’s troops.

The World Health Organisation said it had evidence of 18 confirmed attacks on medical facilities since the Russian invasion of Ukraine began two weeks ago.