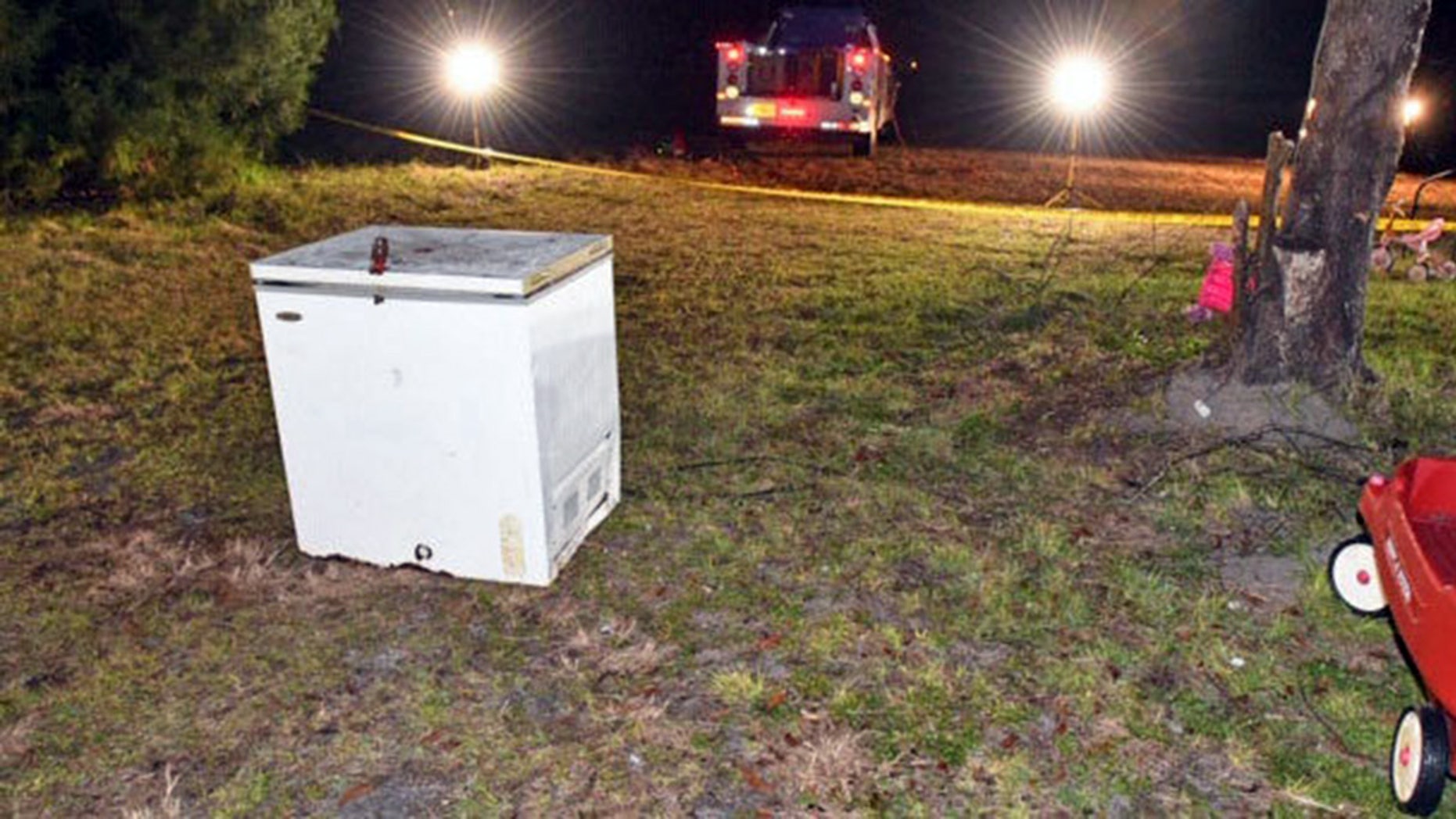 The children died after accidentally trapping themselves inside the freezer, police said.
(Suwannee County Sheriff’s Office)

Three children in Live Oak, Florida, died Sunday after they accidentally trapped themselves in a freezer while playing outside, the Suwannee County Sheriff’s Office announced early this week.

The children — ages 1, 4 and 6 — were playing in the yard Sunday when “for unknown reasons they climbed inside of a chest freezer that had recently been brought to the residence,” but had not yet been brought inside the home and was not turned on, the Suwannee County Sheriff’s Office said on Facebook Monday.

An adult female, who the sheriff’s office did not identify, was allegedly outside while the children were playing. But shortly before the incident occurred she had gone inside the home to use the restroom.

“When the female returned to the yard, she could not locate the children so she woke up the other adult female who was at home, sleeping, preparing to work the night shift, and they began to search the property and an adjacent vacant home for the children,” the sheriff’s office explained.

They discovered the children — who were not breathing — when they opened the freezer roughly 30 to 40 minutes after searching for them, NBC News reported. They promptly called 911 and began CPR.

FLORIDA MAN THREATENS TO KILL NEIGHBOR WITH 'KINDNESS' – THE NAME OF HIS MACHETE, COPS SAY

Later, it was determined that “when the children entered the freezer, and the lid closed, the hasp fell shut, trapping the children inside,” the sheriff’s office explained.

No foul play is suspected at this time, though police are still investigating.