Thousands are marching through the streets of London today as part of a Ukip-organised ‘Brexit betrayal’ demonstration.

Among the campaigners is English Defence League (EDL) founder Tommy Robinson who was appointed as an advisor to the party last month.

The anti-Islam activist’s appointment led to a string of resignations within Ukip, including former party leader Nigel Farage. 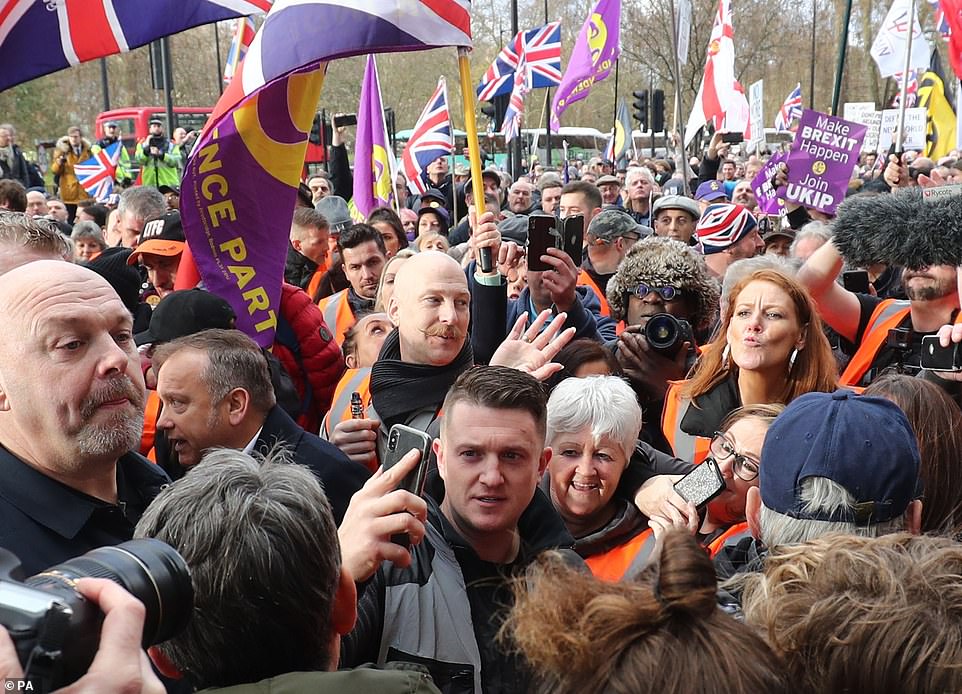 The Brexit champion led a walk-out of major figures from the party in protest at its ‘new BNP’ stance, after dramatically warning the party’s embattled leader Gerard Batten that Ukip must ditch its relationship with Robinson.

Mr Farage took with him a slew of senior Ukip figures, including ex-boss Paul Nuttall and Scottish leader David Coburn, both fellow Members of the European Parliament with Farage.

Today’s demonstration has been opposed by counter-protesters and anti-fascist groups who’re also marching the streets to oppose the ‘far-right extremists’. 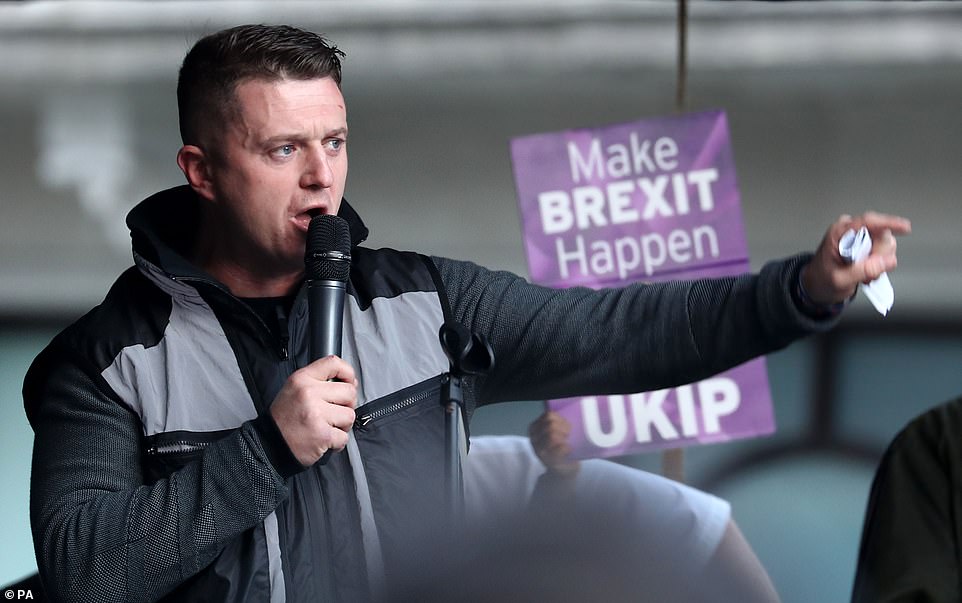 A Ukip spokesman said ‘quite a few thousand’ had turned up to its rally. Police did not provide estimates on crowd sizes. 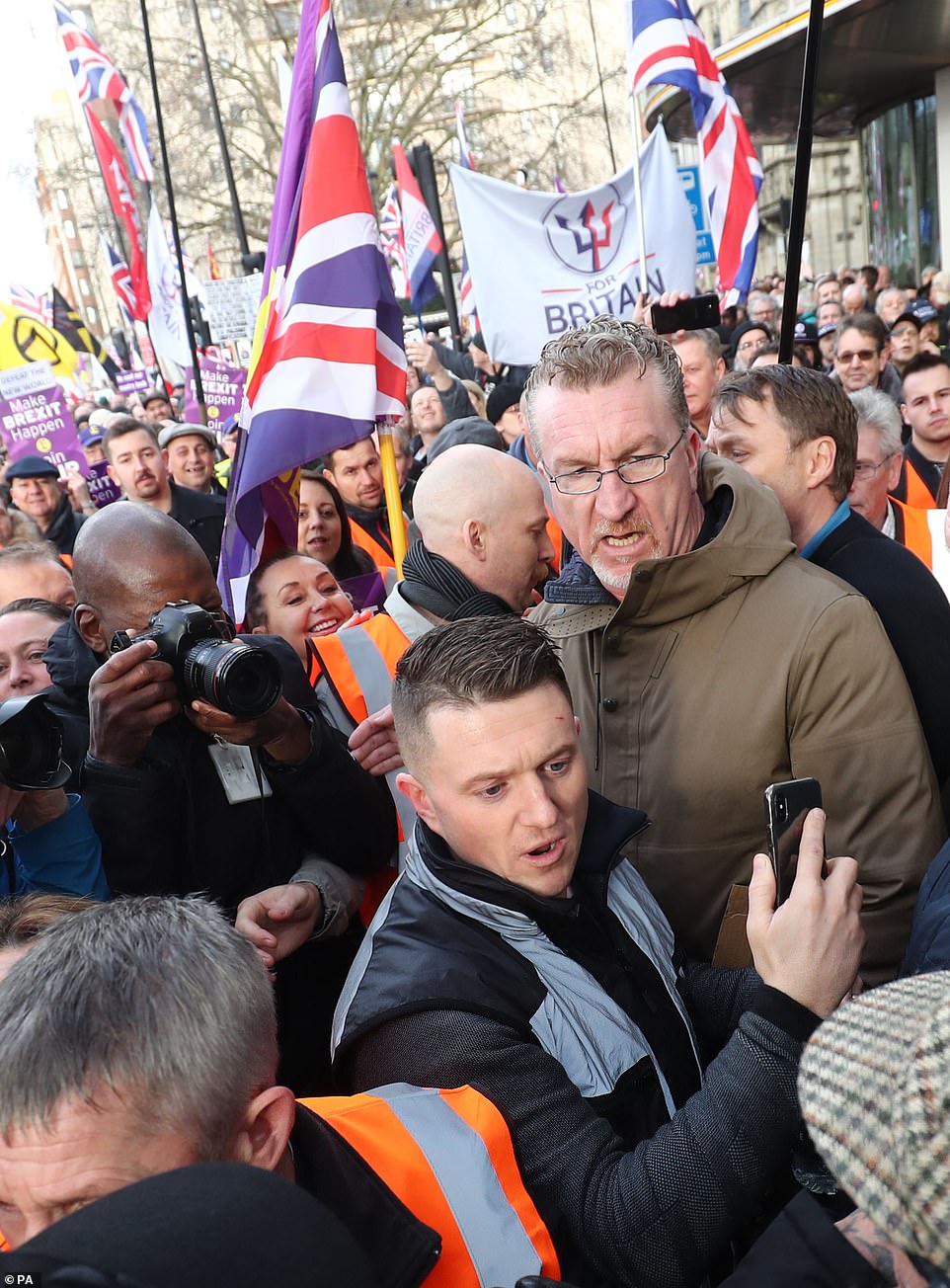 ‘Even with the Ukip machine in tow he only managed to bring a few thousand supporters out on the streets while we mobilised nearly 15,000 to march against his racism and bigotry.’

The protesters chanted the whole way on their specified route, shouting ‘Nazi scum, off our streets’.

Among Ukip supporters was a man who gave his name as Laukan Creasey, from Stevenage, who was carrying a gallows with a noose hanging down.

Asked why he was brandishing it, Mr Creasey said: ‘That’s what the traitor May deserves. That’s what treasonous people get. 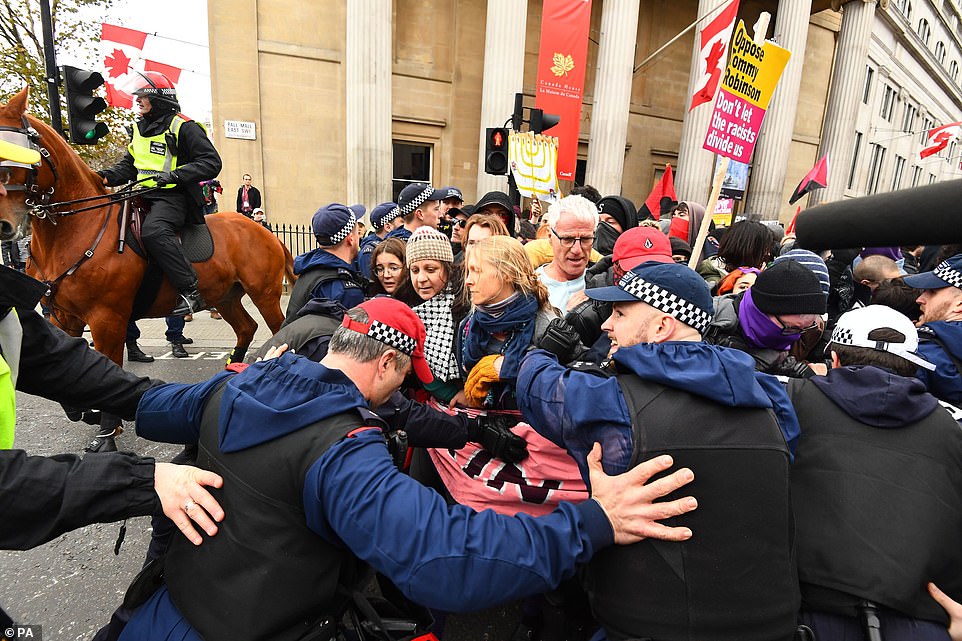 ‘It was a referendum not a never-endum. And they promised to implement whatever we decided and they haven’t, so two-and-a-half years down the line this is what you get.’

The Ukip group marched to outside the Houses of Parliament where they were to be greeted by festive music and speakers.

Their opposition march, who had started outside the BBC building in Portland Place, were separated from the Brexiters by police barriers in Whitehall. 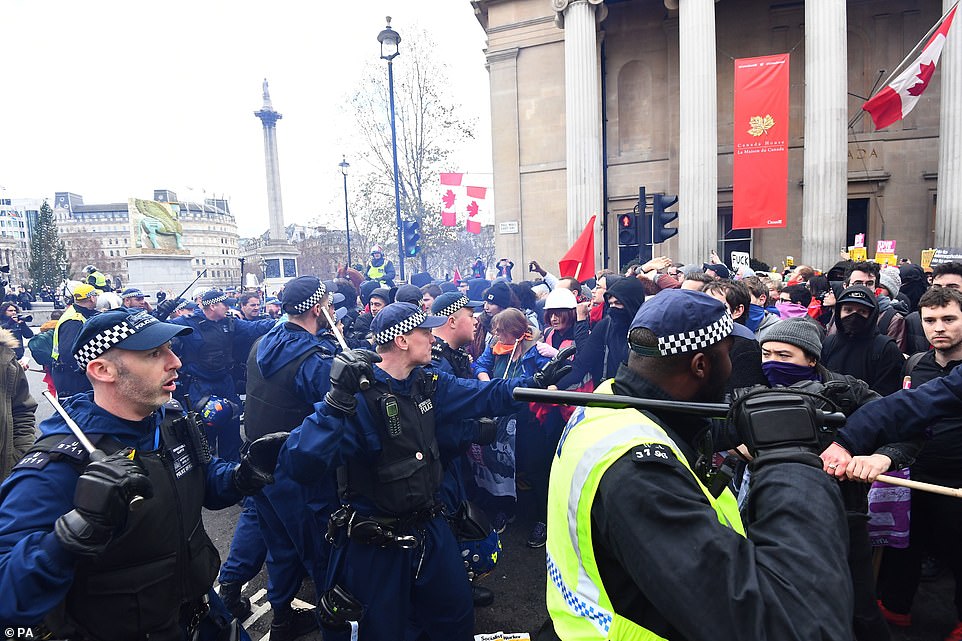 Weyman Bennett, joint convener of Stand Up To Racism and one of the march organisers, said: ‘I believe that the majority of people in this country reject fascism and racism.

‘There’s deep concern in Britain about the growth of the far right in this country, under the guise of Tommy Robinson and Ukip.’

It comes just three days before parliament is due to make the crucial vote on Theresa May’s Brexit deal with the European Union. 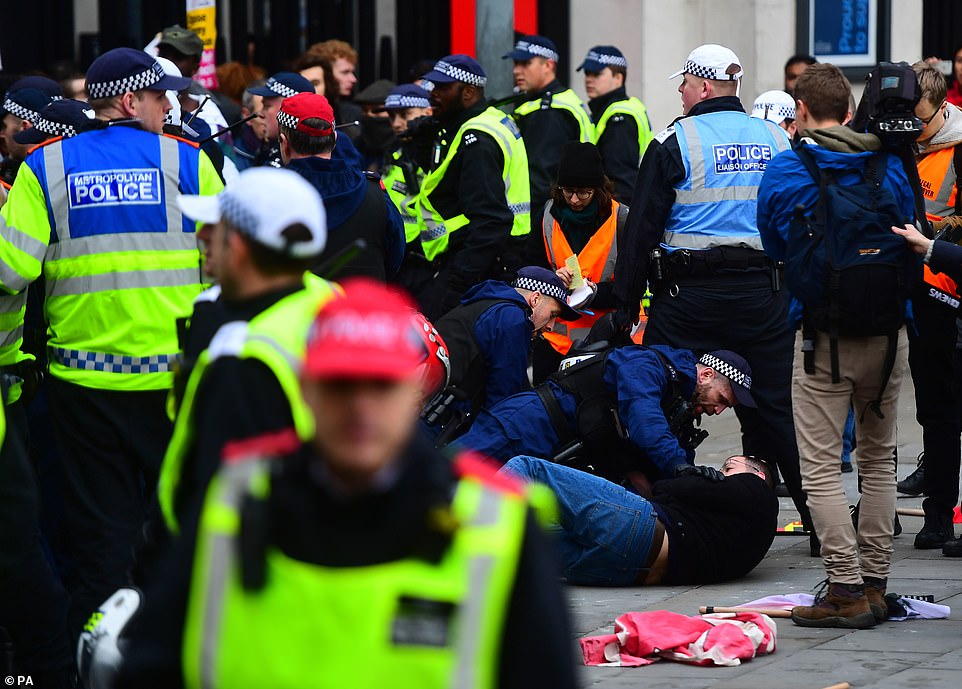 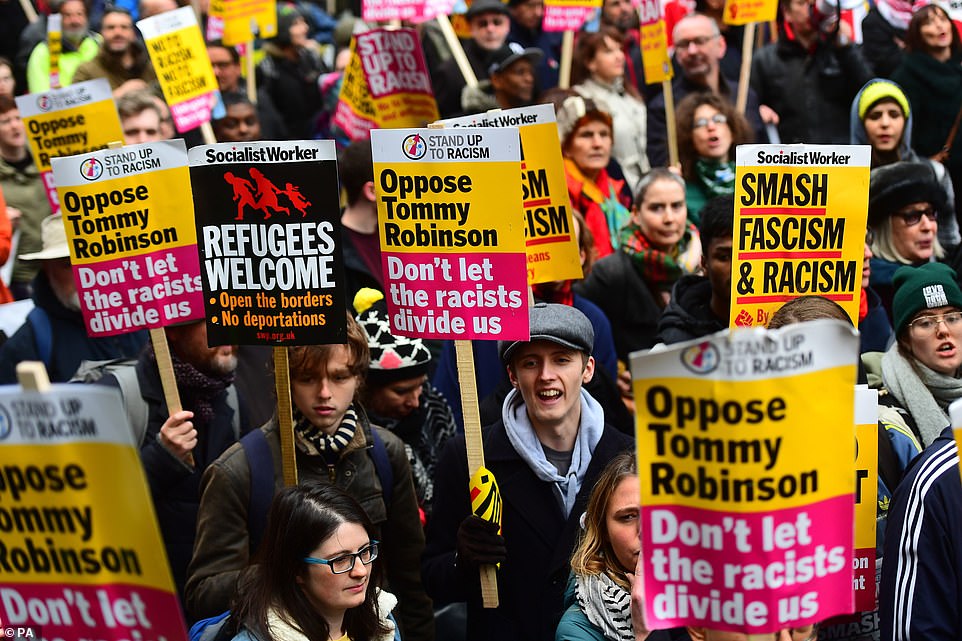