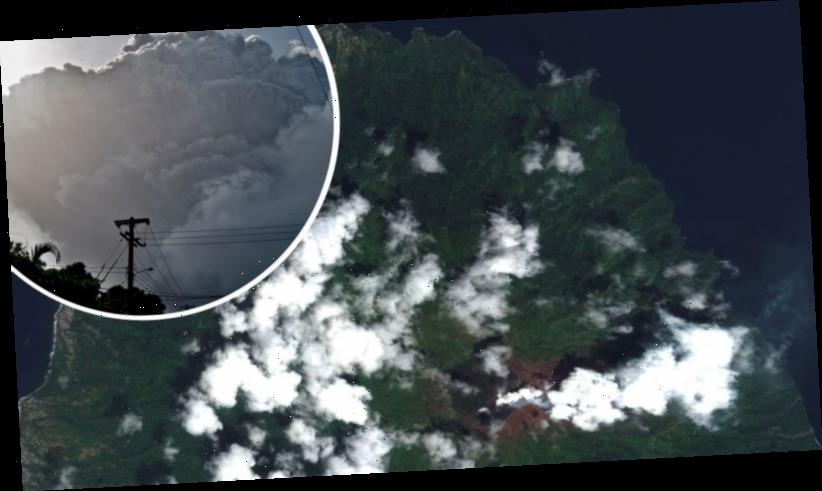 San Juan: An explosive eruption rocked La Soufriere volcano on the eastern Caribbean island of St Vincent on Friday night after the government ordered thousands to evacuate their homes.

Experts said the ash column rose more than 6 kilometres high and the majority was headed northeast into the Atlantic Ocean, but heavy ashfall was also being reported in communities around the volcano, complicating evacuations due to poor visibility. 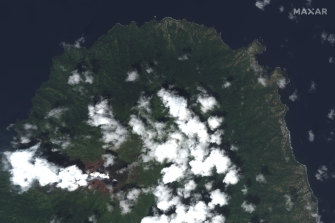 La Soufriere volcano, on the Caribbean island of St Vincent, the day before it eruptedCredit: Maxar Technologies

Several flights were also cancelled as the 1220-meter volcano continued to rumble.

There were no immediate reports of casualties from the eruption that occurred four days short of the 42nd anniversary of the last sizeable eruption.

In the coastal town of Barrouallie, about 14 kilometres from the volcano, evacuees trudged toward shelters carrying backpacks, duffel bags and shopping bags stuffed with personal belongings after the explosion. Some prepared to stay there, while others were expected to board cruise ships or go to nearby islands that have offered help. 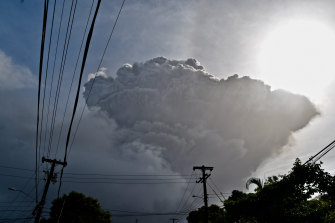 Ash rises into the air as La Soufriere volcano erupts on the eastern Caribbean island of St. Vincent.Credit:Kepa Diez Ara

The new eruption followed mandatory evacuation orders issued Thursday for the roughly 16,000 people who live in the red zone near the volcano on the island’s northern region. More than 2000 people were staying in 62 government shelters.

Prime Minister Ralph Gonsalves said that, depending on the damage done by the explosion, it could take up to four months for things to go back to normal.

Scientists alerted the government about a possible eruption after noting a type of seismic activity on Thursday that indicated “magma was on the move close to the surface,” Joseph said.

A team from the seismic centre arrived in St Vincent in late December after the volcano had an effusive eruption.